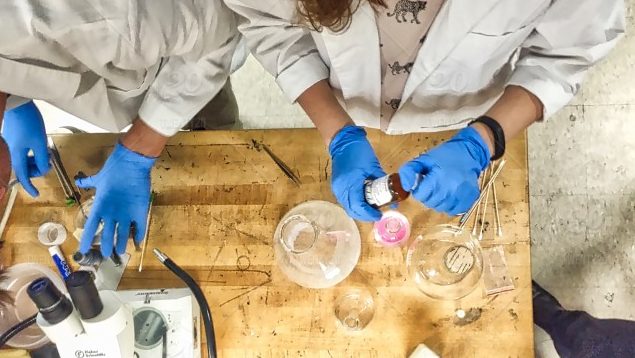 STAFF NEWS & ANALYSIS
How You’re Being Chemically Castrated By These Everyday Products
By Peter De Boer - September 29, 2018
In Julius Caesars ‘The Gallic Wars’ he writes:

“The Belgae (tribe) are the bravest because they are the furthest from civilization (..) and merchants least (..) import those things which tend to effeminate the mind”.

In other words, absent the soft luxuries of the city, men were what men were supposed to be. Hard to conquer. They could defend their own and do it well.

Is it safe to say that today most of society is soft, servile and without grit?

Is our civilization sinking into the ash heap of history?

Have we cucked ourselves into oblivion?

Let’s explore a bit of the why and how of where we are, and what you can do about it.

Females are, bless them, the default of the species. In many ways, they are tougher and more resilient than men. But it’s like comparing apples and oranges. Neither is “better” than or equal to the other.

In the end – its balance that matters. Men and women complement each other perfectly. A million years of evolution has written that balance into our DNA.

While the female carries child, the male is the defense mechanism of the species. We’re meant to stand between danger and the vulnerable. It is our inherent duty, and ignoring that duty makes us lesser men.

This is what we’re designed for. You intuit this. Deep down you’re called to rise. To protect your family, your ideals, your tribe.

Otherwise, deserters wouldn’t be known (universally) as cowards. And there isn’t much worse than a yellow-bellied coward.

If you were to warp men into women, how long will women last in the cross-hairs of the predator? If they had any chance of lasting at all they’d have to adopt masculine characteristics.

I’m not trying to offend the ladies. But it should be obvious to them that in the realm of brute force, they (by and large) can’t compete. Just ask the nearest ISIS sex slave.

Go back to Caesar and his wars in Gaul. If Caesar had the option of poisoning the water and weakening the Belgae, would he have?

Today’s conquerors employ armies of Technocrats. They wear lab coats instead of bulletproof vests. They’re armed with the scientific method.

The terrain they study is us – biological, psychological, social. Undermining our natural resistance to tyranny is their manifesto.

And like all psychos worth their salt, they want to make us love their tyranny.

“An efficient totalitarian state would… control a population who did not have to be coerced, because they love their servitude.” – Aldous Huxley.

Cities are the perfect laboratories. The best at producing weak people.

Very little physicality and enough comfort to neuter. Combine that with an unhealthy obsession with fashion and the worship of image. Then top that off with a chemical bath the likes of which the world has never seen.

Looking for evidence? How about this – in the last 40 years sperm counts in the West have fallen by 60%.

60%. In 40 years, men have become less than half of what they used to be. The evidence is everywhere.

“Dozens of species  – including polar bears, fish, bald eagles, otters and whales  – are suffering. According to the environmental group ChemTrust.“

Testosterone levels are dropping alongside sperm count by a reported 1-2% per year since 1987.

Testosterone is the basis for masculinity. Mental well being, confidence and general health are all affected by low T levels.

In other words, for you to be a healthy, happy and vibrant man, you need to bolster your testosterone levels.

Low T levels result in depression, fatigue, weight gain and more. If you are having issues with these, have your T levels checked

Reuters reports that “It’s likely (..) environmental exposure is responsible for the testosterone decline.”

So what is it in the environment that’s doing this?

And is there any evidence to support deliberate machinations?

We know these kinds of fertility blockers were on the menu.

Further, we have Obama’s Science and Tech Czar, John P. Holdren. He wrote in Ecoscience (1977) that “Adding a sterilant to drinking water or staple foods” as an option. He adds that would “pose some very difficult political, legal, and social questions”.

Then there’s Ethinylestradiol, one of the main ingredients in birth control pills. This enters the waterways through our toilets, then back into the water supply and our bodies. Side effects in men include feminization and infertility.

The military at one point even considered dosing Hitler with female estrogens. The aim was to make him docile and more feminine.

Sterilization is, and has been, in action around the world for a long time.

Mass Sterilization in Kenya through the UN’s tetanus vaccine.

Forced Sterilization of Women in Uzbekistan.

The history of sterilization is long and brutal.

And you are the current target.

But the same trend of low sperm and testosterone was not seen in human populations in other parts of the world.

Could it be partly because there isn’t a Burger King on every corner in Islamabad or Timbuktu?

Do so-called 3rd worlders consume anywhere near the amount of fast food as us? Fast food packaging is full of phthalates which cause infertility.

Just another one of the many threats we face.

Are we surprised then, when a recent migrant from the unaffected territories says “We grab your women, you can’t do anything. Your men have no balls!”

Is it any surprise that we just bend over and take such abuse? He nails it – we have no balls. In the literal sense, our balls, in general, are 60% less effective than his.

We are in the midst of the chemical-industrial age, and its complex is as severe as the military sort. Instead of killing all the men, they wipe us out by stealth. By removing what makes us men.

In light of this information, isn’t it obvious how we became so weak as a people?

Look around you. Chances are there is something poisoning you within arms reach.

Almost half of all canned foods – Bisphenol A

Silent and incremental in nature, your life force is sapped from you. This is how you are being slowly, chemically castrated.

Unless you’re 100% clued in to what you’re putting IN or ON your body, avoid it! Spread this information! Your civilization depends on you!

Here’s how you can strip 99% of the Bisphenol A from water.

If you are interested in defending your life, liberty and family, consider the dangers hiding in your home, in your car, in your food.

And consider joining us at Thedailybell.com. This is just the tip of the iceberg.