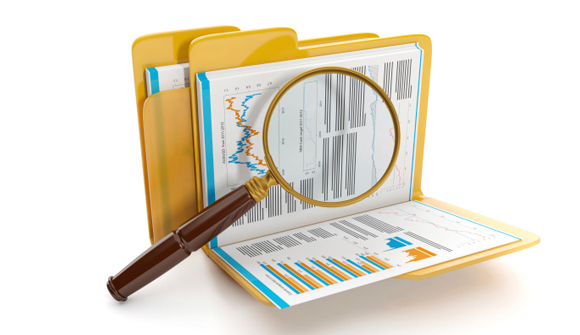 Dominant Social Theme: Fears are growing as the world’s economic system trembles on the verge. What to do?

Free-Market Analysis: Let us recall how long ago we were misled and what techniques were used. This Guardian article provides us with a proverbial “teachable moment.”

In broadest terms, the article, like others of its type, is written to engage our emotions and excite our fears. Then, toward the end of the article, we are exposed to various solutions and soothing words that seem to indicate that all will be well sooner or later if we just trust the correct authorities. In other words, first the article excites and then it calms.

You see? The drumbeat begins immediately. The statistics lend credence. Then there is this, the crux paragraph:

Fears that the global economy could be heading for a repeat of the 2008 financial crash have sent shockwaves through financial markets – prompting a rush to safe havens by investors. Oil prices fell to a fresh 12-year low on Wednesday and metal prices tumbled in response to warnings that China’s slowdown could derail the global recovery at a time when central banks, which came to the rescue in the credit crunch, have only limited firepower.

First we are terrified and then, quietly, an oboe sounds – the first tentative notes of salvation couched in skepticism … “Central banks, which came to the rescue in the credit crunch, have only limited firepower …”

William White, a former chief economist of the Bank for International Settlements (BIS), the central bankers club, who now chairs the OECD’s review committee warned that central bankers had “used up all their ammunition”… “The situation is worse than it was in 2007.

If central banks cannot help us, what can? Cleverly, the article suggests a sub-meme: the wisdom of the bankers of Davos. First we are reminded that White’s pedigree is derived from the awesome power of the BIS and then this:

The BIS was one of the few organisations to warn during 2006 and 2007 about the unstable levels of bank lending that eventually led to the Lehman Brothers crash.

Okay, maybe the BIS did warn, but we can count on our fingers, toes and teeth, the many alternative media blogs and websites that were sounding the alarm about central bank low-rate profligacy throughout the 2000s. Of course, why let inconvenient facts spoil the music.

The head of the Swiss banking giant UBS, Axel Weber, turned the screw by warning that the world was stuck in an era of low growth … His comments came after the chancellor, George Osborne, warned in a new year speech of a “cocktail of threats” to the UK’s prospects from an increasingly uncertain world economy.

Minor chords are now being presented. Important people at the heart of business and finance are sounding the alarm. (Never mind that the alternative media has been doing the same thing far longer.)

Importantly, none of the imminent catastrophes we face are truly explained. We are apparently in the grip of a disaster that has no face or real explanation.

Toward the end of the article (a fairly long one), the themes repeat and expand as the notion of a solution begins to be presented. There is the always-quotable Nouriel Roubini:

[Roubini said] the crash was overplayed: “It is not going to be like 2008-09. There is not the excessive leverage in the financial system that there was last time.”

Roubini also contributes to the meme of central banker omnipotence, saying that 2016 is going to be a difficult year and that “central banks [should] respond with extra stimulus.”

Now the “finale” … a triumphant one. We learn from Pierre Moscovici, the European economics commissioner, that “central banks retained some firepower to prevent another crisis” after all.

“I don’t feel that the financial crisis is coming back. We don’t feel that we are facing the risk of a breakdown in world growth, but there are downsides that we need to address,” he said.

Maurice Obstfeld, the chief economist at the IMF, adds to the uplift, saying that central banks should be more relaxed about printing money and keeping rates low. Sure, they may “overshoot” inflation targets but he believes they should be more concerned about deflationary pressures.

It sounds like it will be okay after all. In fact, if you haven’t taken the time to learn about alternative (non-mainstream) financial realities, it is easy to come away from an article like this with two main impressions.

First, the world is in a terrible state and second – one way or another – government and banking “experts” will figure out how to combat the multiple, looming catastrophes.

The article succeeds partially by omission because it does not explain fundamental economic truths. We never learn, for instance, that central banking is price-fixing and price-fixing inevitably distorts and then ruins economies.

The article never concerns itself with marginal utility, the idea that the market itself creates prices and that nothing else but the Invisible Hand can do so. It gives us almost no frame of reference (well, there is one brief allusion to overly low interest rates) as to why these market disasters occur over and over again. It maintains that economic growth can be summoned via monetary (Keynesian) debasement.

Somehow, flooding the market with debt-based notes creates prosperity. It’s simply not so. One can argue, of course, as to whether such articles are premeditated. We have long since concluded that they probably are.

The antidote is education and access to credible information. Fortunately, there is the Internet, a miraculous device that like binoculars, allows us to look at the “big picture” and then at the details.

We will still need to learn where to look, of course. But one should keep in mind that information that stresses competitive forces is to be preferred over theories that emphasize a concentration of power among a handful of “chosen” controllers. Austrian economics is perhaps the best theoretical construct in this regard.

Internalize this harsh reality: Government won’t protect you. Central bankers will only make things worse. Internalize, as well, the idea that the market provides us with results … always. Human beings cannot control the Invisible Hand that will write as it wills.

Most everything we read in the mainstream media is propaganda. (Of course, one must be careful about the alternative media as well.)

Conclusion: Don’t be seduced by the mainstream media. Its memes are easy to absorb, which is why they are convenient to swallow. But the problems with the world’s economy are getting worse and will not end well. It behooves us to work hard to learn the truth. There is no other way.