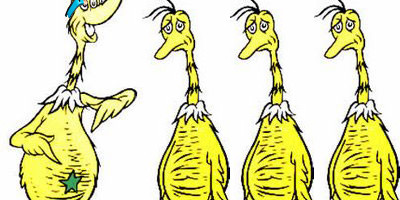 STAFF NEWS & ANALYSIS
How Everything is Racist, And You’re a Terrible Person
By The Daily Bell Staff - September 29, 2017

Everything you do and think is racist, you probably just don’t realize it because you’re so super privileged.

You can’t just sit back and hide in your white supremacist neighborhoods anymore. There’s no more abstaining from taking a side on this one. The sins of your ancestors have caught up to you! (Or at least the sins of the ancestors of people who look like you, considering most white Americans are descended from post-Civil War immigrants.)

Yep, it’s the old, “you’re either with us or against us,” philosophy. You cannot sit out this manufactured controversy. The Huffington Post says that when you stand, you stand for white supremacy. For white people, the anthem represents freedom. White Americans are full citizens, and black Americans–especially extremely successful millionaire athletes–are second class citizens.

You probably just didn’t know that because your life has been lived in a bubble of white privilege. It’s okay, you didn’t know any better. But you’re still a terrible person. You should give your house away to a black family, since “You’re bound to make that money in some other white privileged way.”

Oh, Dr. Suess is also racist, by the way.

And here’s another way we know that President Trump is racist. His wife actually sent 10 Dr. Suess books to a school in Massachusetts. Can you believe it? That’s like, ten times the racism!

Luckily, the librarian at the school knew that the books were racist, and rejected them. She wrote Mrs. Trump a letter to explain her white supremacist folly.

Another fact that many people are unaware of is that Dr. Seuss’s illustrations are steeped in racist propaganda, caricatures, and harmful stereotypes. Open one of his books (If I Ran a Zoo or And to Think That I Saw It On Mulberry Street, for example), and you’ll see the racist mockery in his art. Grace Hwang Lynch’s School Library Journal article, “Is the Cat in the Hat Racist? Read Across America Shifts Away from Dr. Seuss and Toward Diverse Books,” reports on Katie Ishizuka’s work analyzing the minstrel characteristics and trope nature of Seuss’s characters. Scholar Philip Nel’s new book, Was the Cat in the Hat Black? The Hidden Racism of Children’s Literature, and the Need for Diverse Books, further explores and shines a spotlight on the systemic racism and oppression in education and literature.

The point of the story certainly wasn’t that a third party came into town and exploited the natural differences of the Sneetches for personal profit! Dr. Suess couldn’t have been calling attention to the fact that people will seek to exploit divisions in society for their own motives.

So nice try attempting to sit this one out! Unless you swear fealty to demolishing white privilege, then you are racist. And don’t try to end any race problems in your own way! It has to be through government intervention, and acquiescence to the demands of Black Lives Matter. If you do nothing, you are racist.