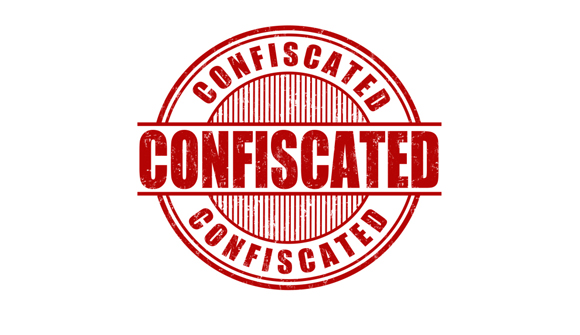 Someone asked on Quora how the government justifies property taxes. Isn’t that like paying rent for land that your own?

The answers were sickening. It would be one thing if people responded in good faith about the “social contract” and the need for government to provides roads, police, and fire protection. But you should have seen the vitriol!

People responding were clearly upset that this question had even been posed. “Let me see if I can get this through your thick head,” was the general response.

And then everyone repeated the same basic fallacies:

Taxes are the only way to pay for police and fire. Not true. Legal procedures and insurance existed before government got involved.

The road to your house wouldn’t exist without the government. Incorrect, or at least a nuance. The first roads in America were paths forged by the Native Americans. The next roads were trodden by traders.

Their basic premise is that government created civilization, and therefore taxes are justified for anyone living in that civilization.

But if we trace this back, does it really make sense?

If the government is funded through taxes, it means there had to be something to tax before government could function. Which means wealth preexisted government.

Do we owe society taxes?

People argue that taxes are justified because the infrastructure provided by the government makes civilization possible. It is, therefore, only fair to share some of the wealth you earn in the government’s system, to continue funding the common property.

The rich would never have gotten rich without government-provided services, this argument goes, and that is why they owe the government.

There is an old quote from Senator Elizabeth Warren, which President Obama echoed, and has become emblematic of that political movement.

I think she slipped up there. Do you see it?

Warren says that if the government didn’t provide security for the factory, the business owners would have to “hire someone to protect against” marauding bands. And she is correct in that.

What she leaves out is that their money is already taken to pay for the police. So why would they say no thanks to a service they were forced to pay for?

Because the police do a terrible job!

In fact, the taxes corporations pay do not cover all the costs of security. You would be hard-pressed to find a factory that doesn’t hire private security in addition to the police that “the rest of us paid for.”

And this is the whole issue: Which came first, the government or wealth?

Clearly, a business first has to have money in order to be taxed. Since the infrastructure already exists, it does help people to earn money. But it was all paid for first by privately produced wealth.

Think about it. According to Jared Diamond in Guns, Germs, and Steel, the very first taxpayers, thousands of years ago, were farmers that were conquered by herders and forced to pay a share of their yield to the nomadic invaders.

The herders realized they could make this a regular thing if they didn’t murder all the farmers. And the first government was born.

Not murdering people was the first service which government ever provided. It was a protection racket from the start. The mafia does the same thing.

By looking at the very first taxpayers, we see that you can’t tax something that doesn’t exist. First wealth was created, then a government came along.

The very first American factory had to be built before it could be taxed. If current businesses should thank anyone for the roads, they should thank previous business owners.

Justifying the Upward Redistribution of Wealth

Everything government does is done with tax dollars, therefore first something of value had to be created before they could tax anything.

So then why do people argue that we owe the government taxes because they have made everything we earn possible?

The rich need to pay their “fair share” people say. But that doesn’t actually answer the question of why anybody should have to pay taxes. We all need to be robbed equally?

There are certain ways to become wealthy which are immoral, such as securing government contracts, government bailouts, government grants, government loans, and government subsidies. But support for higher taxes only exacerbates that upward transfer of wealth.

Jared Diamond explains the origins of Chiefdoms in his book Guns, Germs, and Steel:

These noble and selfish functions are inextricably linked, although some governments emphasize much more of one function than of the other. The difference between a kleptocrat and a wise statesman, between a robber baron and public benefactor, is merely one of degree: a matter of just how large a percentage of the tribute extracted from producers is retained by the elite, and how much the commoners like the public uses to which the redistributed tribute is put…

Make the masses happy by redistributing much of the tribute received, in popular ways. This principle was as valid for Hawaiian chiefs as it is for American politicians today.

So basically “progressives” are actually regressing to the oldest forms of government which always looted and tricked the masses into supporting their power grabs and wealth confiscation.

The government didn’t create the wealth in society, and they didn’t even make that wealth creation possible. They simply stole the wealth that others created and redistributed it in obvious and popular ways.

They monopolized these industries, like road building, police, and fire protection, in order to make it seem like the government is the only method of laying the infrastructure to create wealth, live peacefully, and own property.

But clearly wealth came before taxation, otherwise, there would have been nothing to tax! The entire premise of the “social contract” is a fallacy.