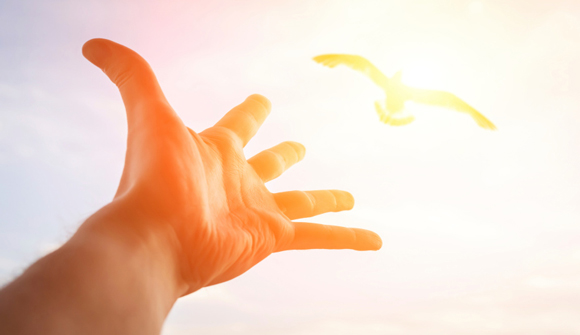 R. Lee Wrights, a candidate for the U.S. Libertarian Party's presidential nomination, took some time to speak with Accredited Wikinews Reporter William Saturn about his presidential campaign and positions on political issues. Wrights, a native of North Carolina, is an activist and lifetime member of the Libertarian Party who currently serves as the editor of several Libertarian publications. He previously worked as a medical technician in the United States Air Force and earned degrees in History and Journalism at Willmar College. He is currently being challenged for the nomination by National Guard officer R.J. Harris, radio host Jim Duensing, former Nevada Libertarian Party chair Jim Burns, marketing executive Roger Gary and attorney Carl Person. – WikiNews

Dominant Social Theme: America is not as free as it seems to be. The government needs to pass laws to empower shareholders. Then shareholders will run corporations and America's constitutional republic shall blossom once more.

Free-Market Analysis: We're not sure where R. Lee Wrights stands in terms of winning the nomination for Libertarian candidate for US president, but we found the interview to be interesting. It also dealt with the issue of the non-aggression principle (NAP) that was discussed at length yesterday within these modest pages in an article entitled How Real Freedom Works. We will use Wright's interview to return to that.

On a related issue, we notice how Wikipedia is continually expanding its franchise. Now there is "WikiNews." While we enjoy the various Wikis and find them useful, we are under no illusion as to what they really are. The aggregate policy involves a meticulous refusal to cite anything but mainstream media sources; this virtually guarantees that on subjects sensitive to power elite interests, Wikis will be entirely supine. This is not surprising, as we believe US Intel is directly involved with Wikipedia et al.

In any event, on issues that do not involve 9/11, the war on terror, etc., information can be fairly good and this interview was interesting. We learn that R. Lee Wrights is founder and editor of LibertyForAll.net, "America's premier online libertarian newsletter." He was asked 10 personal and 10 policy questions. Here are some of the policy Q&A:

WS: What necessary freedoms are currently lacking in American society?

RW: All our freedoms are currently under attack by Democratic and Republican politicians who have conjured up myriads of excuses, "imaginary hobgoblins" to wage war on American citizens and the world. They have manipulated events to distract, divide and terrorize Americans into willingly sacrificing their liberty before the great false god of Security.

WS: When is government necessary?

RW Government is only necessary to protect individual life, liberty and property. The only just and "necessary" government is one, as James Madison said, "which impartially secures to every man whatever is his own."

WS: When is war necessary?

RW: As C.K. Chesterton said, "The only defensible war is a war of defense." The libertarian principle of non-aggression does not mean you can't defend yourself. If the United States is attacked, we should defend ourselves using whatever force is necessary, and all the power at our disposal to stop the attack quickly and decisively. But we do not have the right to maintain an occupation force or engage in "nation building" in the aggressor nation.

Wrights cites the non-aggression principle in his last answer and points out that force can be used defensively in the process of observing NAP. In our discussion yesterday, we suggested the Libertarian emphasis on NAP was perhaps overdone. We also brought up the issue of personal morality. Before elaborating on these two areas, we want to rephrase the larger points we tried to bring up. We will reference these issues again, below.

What we proposed – and suggest now – is that the STRUCTURES of civil (free) society are as important, if not moreso, than a free society's philosophical underpinnings. We suggested that in the right circumstances, morality and freedom philosophy issues would be secondary because people have a natural attraction to freedom and an inherent to desire to live in free or quasi-free environments; certainly people wish to exercise free will.

Private justice, as we have suggested, would deliver various outcomes, not all of them consistent with, say, NAP. We also suggested that private – non-state – justice, inconsistent as it is, would reinforce the freedoms inherent in smaller communities. In fact, the structure of smaller communities, combined with private justice might even obviate the necessity for focusing on freedom's theoretical underpinnings. DOING in this case is as important or more important than THEORIZING. Doing forges reality.

We suggested that this had taken place in the past (that seems obvious) and thus, to at least a limited degree, discussions about NAP and the like could be seen as somewhat sterile. People can actually take action – human action – to build freer, minarchal societies. There are known building blocks. Thomas Jefferson, the agrarian republican, suggested some of them during Revolutionary times. He understood freedom even without the formalization of NAP or the specific theology of Libertarianism (though admittedly he was surely a philosopher of freedom).

For thousands of years, the preferred social structure was the tribe or clan. Later on, in the Neolithic period, cities began to arise. Over time, human elites discovered that if they could break down kinship and traduce modest human networks inside or outside of cities, control could be increased and wealth extraction became easier.

The power elite, as we pointed out yesterday, is anti-agrarian and pro urbanization. It is no coincidence that the Chinese Communist Party, seeking further dominance over its people, is jamming as many citizens as possible into cities. (See other article, this issue – The Coming Chinese Depression.) This is also called for via the UN's Agenda 21. People in cities are easier to control and can be intimidated by lack of vital resources such as food, water and energy. They are more easily manipulated socially. They are easier to mis-educate and more prone to mind control.

For this reason we have suggested (based on past articles, research and feedbacks) that elements of a freer society include an emphasis on family, rural living, private – negotiated – jurisprudence and environments emphasizing people's biological propensity to relate to about 150 people at a time. We would add monetary competition to the list (presumably resulting in the circulation of gold and silver, and variants thereof).

This does not preclude city living or in any sense diminish technological progress. As we stated previously, these suggestions are aspirational, not didactic. There is no one solution to the human dilemma. For this reason we also pointed out that morality was, in a sense, personal. No matter what morality is adopted, private justice, if it is utilized, precludes homogeneous solutions. Within such a context, people will literally get away with murder. (Blood payments for killing might suffice, as they still do in numerous countries.)

Regardless of how one enters into a structure of freedom, the messy procedure of living with one's fellows will reduce theory to practicality and invite exceptions. Nothing wrong with that. Within this context, perhaps the best way to reinforce real freedom is via the above mentioned structures with a special emphasis on private and personal justice.

NAP and general moral codes are surely necessary when envisioning a freer society. But perhaps simply by living in freer, smaller (contiguous) structures, people would rediscover those concepts without prompting. Perhaps there has been too much emphasis on the idea that theoretical freedom constructs can be imposed on large political entities. Perhaps it is not even possible. The infrastructure of living may be the most important.

Today, thanks in part to the Internet, we understand more about the building blocks of freedom (or we should, anyway), about private justice, self-sufficiency and avoiding falling prey to Money Power's Dreamtime. We propose these concepts are just as important as the larger philosophical issues regarding freedom and perhaps even more so.