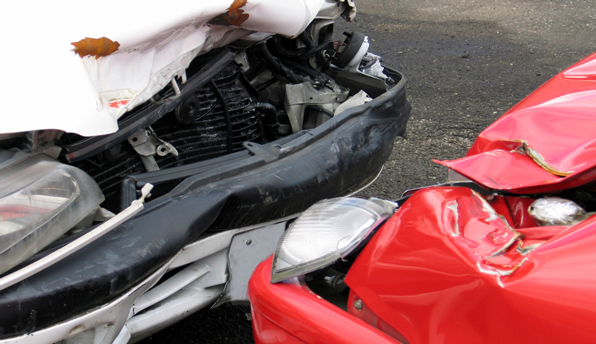 STAFF NEWS & ANALYSIS
How the Directed History of Libertarianism Could Collide With the Real Thing
By Staff News & Analysis - April 09, 2014

The Libertarian Surge … Libertarianism – the political philosophy that says limited government is the best kind of government – is having its moment. Unfortunately, that's mostly because government has been expanding in the aftermath of the Sept. 11 attacks and the financial crisis. Somehow government failures lead to even more government. When the financial crisis hit in the fall of 2008, the politicians in Washington had one response: start printing money and bailing out big businesses. First it was Bear Stearns, then Fannie Mae and Freddie Mac, then most of Wall Street. But voters had a different response. Polls showed widespread opposition to the bailouts. – Politico

Free-Market Analysis: We've written a number of articles pointing out that the US electorate is basically libertarian, so we're pleased to see influential libertarian David Boaz of CATO sounding a similar theme in the online magazine Politico.

Is what we observed many years ago about the US electorate actually turning into a dominant social theme – with the co-opting of many libertarian themes by the Tea Party and even the GOP?

Rand Paul, son of Ron Paul, is a leading contender for the US presidency, though the Libertarian Party remains marginalized. Nonetheless, a lot of Rand Paul's perspectives would match up with libertarian talking points.

Where Paul departs significantly from classical liberalism is in his determination not to speak out so much regarding the US military-industrial complex. His father, Ron Paul, is quite vocal about the US military footprint around the world but Paul is less so.

Also, Paul seems to grant the legitimacy of the "war on terror," which is, from what we can tell, an elite-manufactured dominant social theme to generate authoritarianism at home and corporatism abroad.

The current state of US affairs can be traced directly to 9/11 and the obviously questionable terrorist attack that included many "terrorists" who were initially misidentified and are apparently still alive.

The state of emergency that the Bush administration reinforced was responsible for dozens of overlapping intel agencies with wiretapping capabilities and mostly domestic briefs: US citizens became the target of this massive buildup.

The US culture itself, thanks to its Constitution and gun culture, remains a significant impediment to global regime consolidation and thus likely needs to be further adjusted.

There are countervailing trends. What we call the Internet Reformation has significantly exposed the power elite behind globalism and has made global consolidation a good deal more difficult – as people who understand their manipulation are less likely to go along with it.

Is this the reason, then, that libertarianism could become a significant part of a new Hegelian dialectic? Is the plan to use the dialectic to create a synthesis more agreeable to internationalism?

Within this context, then, this Politico article could be seen as most important – as it provides a narrative for a libertarian dominant social theme. In that sense, it reads like what we might call "directed history." We are not by any means implying that Boaz is party to some sort of manipulation, only that this article and others like it could provide a logical explanation behind which a kind of directed history could hide.

When Congress prepared to vote on President George W. Bush's $700 billion Troubled Asset Relief Program, Americans made their opinions known in no uncertain terms. Ohio Sen. Sherrod Brown reported, "Like my colleagues, my phones have been ringing off the hook. The sentiment from Ohioans about this proposal is universally negative." In the end, though, Congress took another vote, and the lobbyists won. Wall Street got its bailout. And we can date the birth of the tea party movement to that very week.

Meanwhile, the government's response to the financial crisis sent people looking for answers. Sales of Ayn Rand's "Atlas Shrugged" and Friedrich Hayek's "The Road to Serfdom" soared. The Cato Institute's pocket edition of the Declaration of Independence and the Constitution even hit The Washington Post best-seller list.

… Or take marijuana legalization, which is just now becoming a majority position: Libertarians have been leaders in the opposition to the drug war for many years.

Libertarians have played a key role in the defense of the right to keep and bear arms over the years, notably in the two recent Supreme Court cases that affirmed that the Second Amendment means what it says: Individuals have a right to own guns.

Support for stricter gun control has been declining for years. Much of the libertarian energy in the past few years was generated by the presidential campaigns of former Rep. Ron Paul of Texas, and then by the leadership of his son Rand Paul representing Kentucky in the Senate.

When Ron Paul began his campaign in 2007, he didn't attract much attention. But then, in a nationally televised debate, he clashed with former New York Mayor Rudy Giuliani over the causes of the Sept. 11 terrorist attacks. The confrontation became the cable TV moment of the night.

… Paul ran again in 2012, and he found even more success. He hadn't changed much; indeed, his themes sounded like what he'd been saying since he entered Congress in 1976: The federal government is spending too much, printing too much money and launching too many wars. But the country, and the issues, had changed.

In 2007, Ron Paul warned that an economy based on debt and cheap money from the Federal Reserve was not sustainable, but the economy was booming and nobody wanted to listen. After the crash of 2008, they started listening. In 2007, Paul criticized excessive federal spending, but with a Republican in the White House Republicans weren't much interested.

… As Thomas Jefferson wrote in condemning the Alien and Sedition Acts: "Confidence is everywhere the parent of despotism. Free government is founded in jealousy, and not in confidence; it is jealousy, and not confidence, which prescribes limited constitutions to bind down those whom we are obliged to trust with power."

This time it wasn't "Atlas Shrugged" or "The Road to Serfdom" that shot up on the best-seller lists, it was another libertarian classic: George Orwell's "1984," known for its warning that "Big Brother is watching."

Please note this narrative never mentions the Internet. The actions of the various parties exist in a kind of bubble. Yet the emergence of libertarianism as a GOP brand is, in fact, due to the Internet and its exposure of elite manipulation via dominant social themes.

This dialectic is evidently still in its formative stages, but we expect it could continue to be elaborated on over time. Interestingly, one wonders if the current marijuana meme is intended to tie into the formation of this larger libertarian discussion.

Perhaps the idea is to back away from various authoritarian laws and regulations over time, and thus enhance the credibility of libertarian rhetoric. If one were cynical (and we are) one could postulate that the top elites may have decided that libertarian logic and Austrian economics have devastated the current ruling formulas and must be accommodated in the near future.

If this is so, then expect a good deal more libertarian-oriented manifestations over the next years. Other drugs could be legalized; the sex industry could be championed; green corporatism could be downplayed; even the West's serial wars could be subsumed by a renewal of a larger Cold War.

Will there then be numerous additional business and investment opportunities for those who understand power elite memes? Possibly. High Alert has already identified the marijuana meme as one such promising opportunity that surely has the support of the power elite.

Ultimately, of course, there are caveats. For one thing, the Wall Street Party we have analyzed is certainly not going to last forever. And for another, we tend to believe that the top banking elites are going to try to implement a more globalized economic system sooner than later.

What we have described above is a manipulation, a dialectic. The underlying corporatism and fascism that has been created in the past century will still underlie larger free-market trends.

In other words, the rhetoric will change. Free-market opportunities may become more prevalent but the reality will remain significantly darker. Change is not going to come in the 21st century via the ballot box or even war or rebellion. It is going to come from the enlightenment of individual hearts and minds.

The West – the world – is undergoing a significant destabilization. As people realize gradually that the social structures of their societies are incompetent and even illusory, many will begin to question their underlying assumptions. This is how societies truly change. They lose credibility and new and perhaps less destructive dominant social themes surge to the fore.

It is interesting that this could take place during an era of elite-sponsored libertarian rhetoric. Two trends – directed history and individual human action – could collide with potentially fascinating ramifications.

Elite manipulations are simply not so feasible in the Internet era. If there is a resurgence of "controlled" libertarianism, it may end up reinforcing the real thing. And thus the best laid plans of the modern elite "Gang aft agley …"

But Mousie, thou art no thy lane,

In proving foresight may be vain:

An' lea'e us nought but grief an' pain,