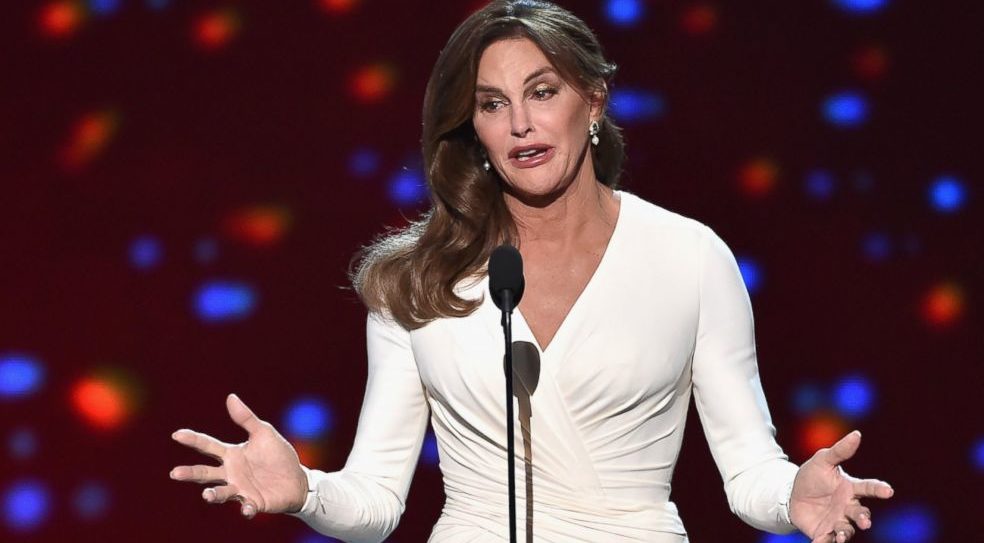 STAFF NEWS & ANALYSIS
How to Act Compassionately Towards Transgender People: Do Not Encourage a Delusion
By Joe Jarvis - December 18, 2017

I’m not allowed to say what I am about to say, according to the mainstream media.

They claim the only reason I would make this argument is that I am full of hate.

The truth is, I don’t want to see the media dupe people with a mental health condition into making destructive decisions.

Is it “wrong” to say, mother, son, and daughter? Is that now considered “hate speech”? It is almost impossible to coherently discuss transgender issues without running afoul of politically correct speech.

All I know is that I had to read the article twice to understand who started as male, who was female, and what they now identified as. Already politically correct speech is clouding the ability to convey basic facts.

The Media Bullies Anyone Who Wants to Have a Rational Discussion

CNN invited Ben Shapiro on as a stand-in punching bag to discuss Caitlyn Jenner. This was in 2016 just after Jenner won some award for being super brave about transitioning.

Do you see the way they all team up on Shapiro and try to beat him into submission? They tell him he is full of hate. They say he is angry inside. They bully him. They yell at him.

And the strong-jawed person with long blond hair sitting next to Shapiro threatens him with violence while laying hands on him saying, “You cut that out now, or you’ll go home in an ambulance.”

What the hell is going on?

Shapiro is simply trying to have a discussion about biology and sex. He can’t even get his point out because all the other guests attack him for using the correct words to describe objectively true facts.

What is accepted as true on CNN is the statement, “We both know, that the chromosomes do not necessarily mean that you are male or female.”

But in the real world of biology, that is exactly what that means.

Yet the public is supposed to accept the falsity without protest, or even discussion. Shapiro was threatened with violence for asking a transgender person what chromosomes are present in their cells. The message is if you don’t want to be singled out and bullied, accept what we tell you as the truth.

The media uses phrases like “gender confirmation surgery” and “sex assigned at birth.”

A surgery which changes superficial indicators of sex confirms your gender. A biological fact at birth is an arbitrary assignment.

What Does the Science Really Say?

Make no mistake, the people pushing all this confusion are not at all consistent nor scientific.

They say that gender is a social construct that can be chosen. That is redefining what the word gender means, but fine. We can make a distinction between gender (cultural expression of sex) and sex (biological anatomy).

So then who cares if a boy likes dresses and tea parties, and a girl likes getting dirty and playing video games?

But the media isn’t done. They turn around and say you can change your biological sex to match your gender expression.

This is not true.

They can redefine the word gender to refer to stereotypical expressions of sex. But they cannot ignore the science that sex is defined by the chromosomes in your cells.

You can’t even get an accurate picture of any science behind gender dysphoria from supposedly scientific publications. They join in to blur the lines between science and propaganda.

National Geographic ran a story exploring the lives of transgender children. Except that they also throw in a case of a chromosomal condition where a child is born with both male and female genitalia. Another case details an enzyme deficiency which causes a child’s sexual organs to appear female until puberty when a surge of testosterone causes the male development of the sexual organs.

These conditions are real medical anomalies which blur the biological lines between the male and female sex. They are entirely different from the mental condition in which people self-identify as the opposite sex but show absolutely no physical attributes of that sex.

I don’t doubt that these people feel like the opposite sex. They are allowed to feel and act as they wish.

But you can go to extremes in how you express your gender. This includes irreversible mutilation meant to make your genitals look like those of the opposite sex. This also includes barely tested hormones and drugs which could very well cause serious health issues.

The media is helping to push life-altering drugs and surgery on people, including children.

The media is convincing people to make decisions they may regret, and imbibe substances that are untested, and carry serious risks.

And the media’s lies about the science behind “gender reassignment surgery” is making life harder for people with the mental condition called gender dysphoria.

What is Going on Here?

It all seems like an elaborate test to see how easy it is to control people. When the news says jump, we are supposed to say how high. There is to be no discussion of science, and no room for dissenting opinions.

I agree with Ben Shapiro. There is no hatred in my opinion. I don’t even have a problem with adults transitioning if that is what they want to do. I believe in freedom, so I would never want to restrict any individual’s action that doesn’t hurt anyone else.

But I think the media is using and abusing people with a serious mental health issue.

I don’t think the “solutions” put forward are healthy. And I will not be bullied into joining a mass delusion about the ability to change sexes.

I won’t join in and encourage transgender people to get surgery and take drugs that are dangerous. I certainly won’t lie to kids about the definition of male and female.

And I believe it is child abuse to allow a kid to take hormones and mutilate their genitals in an attempt to appear as the opposite sex.

On the other hand, think parents should allow their kids the freedom to dress and act however they want. If their interests are those more typical of the opposite sex, so be it. If your son wants to wear dresses, grow his hair out, and be addressed as she, I don’t think it is crazy for a parent to allow this. By all means, let your kids express themselves freely.

But once you start giving hormones and life-altering surgery to ten-year-olds, that is child abuse.

When it comes to adults, I also have absolutely no problem with people dressing however they want to dress, and cutting their hair in whatever way they want. By all means, eschew traditional gender roles. Act the way you want to act. Honestly, who cares what other people think? Who cares what I think?

But it is from a compassionate standpoint that I urge people who identify as the opposite sex to think twice about surgery and drugs. What happened to not having to change in order to love yourself? What happened to being perfect the way you were born?

The Compassionate Way to Deal With Gender Dysphoria

In the transgender family, the kids wanted to express the opposite gender before the mother. So the parents do not appear to have directly influenced the kids’ gender identification. The mother claims transgenderism runs in the family. And this may very well be the case. Mental conditions are often hereditary.

But again Shapiro brings up a good point. We don’t tell schizophrenics that they are hearing real voices in their heads. That would be cruel. Instead, we attempt to help them.

The suicide rate for transgender people is alarmingly high. But Shapiro claims the rate is the same before and after a transition. That means transitioning does not alleviate mental anguish.

So is it really so crazy to think of other possible solutions?

Maybe mutilating sexual organs and taking hormones to make the body mimic the opposite sex is not the best treatment.

You cannot change the chromosomes in your body. You cannot produce sperm if you are a woman, and you cannot ovulate if you are a man. That is science. And still, when Shapiro says these things, he is called a bigot, a hate-monger, and so on and so forth.

But like Shapiro, we should not yell back at the bullies. We should not engage them at their level.

Now more than ever, rational people must stay cool, calm, and collected. This is a message of compassion, not of hate.

The media is not compassionate to transgender people suffering from mental anguish. They feed into their delusions. They encourage “solutions” that do not actually solve the problem. The media tells transgender people that they can mask their condition with surgery and drugs.

They should encourage people to get psychological help to accept themselves without altering their bodies. And they should be honest about the science behind sex changes.

Except for some rare medical disorders, you are the sex you are born.

If people want to express themselves as a gender typically associated with the opposite sex, that is their choice. I would never bully someone for that, and I sincerely hope others would treat them with respect as well.

But compassion and civility do not require the denial of biological fact.

Is this a deliberate attempt by the media to brainwash people? It certainly seems like a concerted effort to derail an objective discussion. It’s like they are testing how easily they can control what people say and think.

This is a crucial point where we will decide if freedom of speech and freedom of thought still exist. Will we move forward “allowed” to discuss science and mental health without being threatened with violence?

Or will we be bullied into submission, afraid to speak or even think the wrong way? Will we become thought criminals for daring to think against the mainstream viewpoint?

Labelling people as hateful for disagreeing ensures a narrow perspective. It is a way to ignore legitimate viewpoints by pretending they come from a position of ignorance and anger.

Rational people should have no problem putting emotions aside to discuss the science behind gender and sex.

Finally, why do they need my, or Ben Shapiro’s approval anyway? Why does that even matter to them? We aren’t saying they should be stopped from expressing themselves. We aren’t threatening them with violence–quite the opposite!

There are people that don’t like the way I live my life. In fact, Ben Shapiro considers certain things I do sinful. And I don’t care because I don’t need Ben Shapiro to endorse and accept every aspect of my behavior.

Live the life you want to live, and by all means resist anyone who tries to stop you. But don’t try to force others to endorse or praise your actions and beliefs.