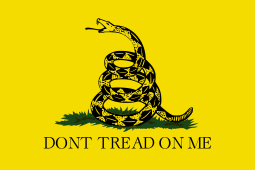 One of the major problems with independent media is that we devote a lot of energy to describing and analyzing the problems posed by the corporate state, but not enough to developing solutions.

I’m as culpable as anyone for perpetuating the doom and gloom narrative.

But The Daily Bell, in addition to advancing big ideas, is showing that we don’t have to succumb to doomerism just yet.

The concept of a “parallel economy” was first advanced by social media platform Gab founder Andrew Torba. The central idea is that the transnational corporate technocracy aims to suck us into its clutches by increment – through its experimental gene therapies marketed as vaccines, digital carbon trackers, and vaccine passports, just to name a few of tactics.

We need to get off the digital plantation before it’s too late, to create our own modes of economic exchange and social interaction outside of the technetronic control grid.

Hence the parallel economy and society.

As we often document, there’s a big difference between practice and theory. Rome wasn’t built in a day; slow and steady wins races. Joe Jarvis and TDB are turning theory into practice.

I started writing freelance on the side back in around 2017 while teaching English at a university in Thailand. My first real paying client was a medical tourism website that recruited overweight American and British women to get “tummy tucks” and nose jobs (and other “jobs”) at cut-rate hospitals in Third World countries in Southeast Asia and Latin America for two cents per word – not super glamorous, and neither rewarding.

Nonetheless, I plugged away, building industry connections and gigs over time. By the time COVID lockdowns hit in 2020, I had placed myself in a position to seamlessly transition to writing full-time.

I’ve written a forthcoming memoir in the intervening period, and the same principle applied. I wrote a little bit of it every day – even if it was just a paragraph — for the better part of a year.

If the 100,000-word project were to be completed all at once, it would have been overwhelming, I never would’ve had the motivation to start, and nothing would’ve come of it.

The point of this little autobiographical digression is: Incremental wins are the way to keep your sanity and trudge onward. Forward progress is the name of the game.

Start your aquaponics garden with a single crop. Once you’ve gotten that right, expand the operation. Make it a weekend project while you keep your main source of income.

Before you know it, as the days turn into weeks and then months, you’ll have built a fully functional garden – producing not just enough food for you and your family but perhaps for your friends and neighbors as well.

Joe Rogan, on his May 2022 podcast with Gad Saad in which they covered the professor’s drastic weight loss journey, laid down the essential principle: get better the same way you got sick. Over time.

By the same token, get independent the same way you got dependent – slowly, over time.

This isn’t just about getting independent at the individual level, although that’s always what freedom essentially boils down to. In a very real yet metaphysical sense, you’re only as free – and as wealthy, and as spiritually fulfilled – as those around you.

The reality of the World Economic Forum-style transnational, consolidated global technocracy is that we’re all being culled into a Prison Planet – to borrow a turn of phrase pioneered by the now-cancelled Alex Jones.

And it’s coming here to the West, a trend perhaps previously inconceivable due to our liberal foundation in individual rights and rule by consent of the governed.

For a glimpse of the future for the US and the West writ large — unless we turn things around — look at what’s become of the Land Down Under. Australia looks more like North Korea these days than a UK commonwealth. So will America in due time, barring our intervention at the grassroots level.

That the US, as it currently exists, is unsalvageable becomes more apparent by the day. Radical political reorientation is inevitable and imminent – the only question is what course events will take, and what sort of radical transformation will occur in the next decade.

The two options in front of us are:

Obviously, an entire emergent parallel society and economy is easier said than done, and I don’t mean to be flippant. Erecting them will take blood, sweat, and tears. Any leaders that emerge to threaten the technocracy’s hegemony will likely encounter the full force of the state.

Get better the same way you got sick.

Joe Jarvis has done some initial heavy lifting to get the Parallel Economy Project off the ground – a vision essentially of creating a self-governing community based on mutual benefit manifested as free exchange of services.

One might be inclined to respond, “Isn’t that what an economy is anyway? Free exchange of goods and services for mutual benefit?”

But, if you’ve been paying attention, you know damn well that there’s nothing free or mutually beneficial about the current economic function in the West. All ideological perspectives agree on that – though they differ drastically in their proposed solutions.

If any of this makes sense to you, and you’ve been looking for camaraderie and support in prying your destiny loose from technocratic dictatorship, consider enrolling in a free trial of the Parallel Economy Project community using promo code “FOUNDER” (good until September 16).

Or to get a better idea about the types of parallel economy businesses that you could build in order to serve your fellow man, and be financially rewarded in the process, enter your email below to receive an exclusive video and report on 12 Parallel Economy Businesses You Could Start Making Money with Today.