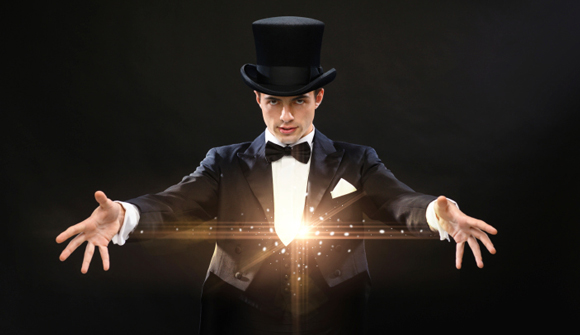 STAFF NEWS & ANALYSIS
How To Stop The Shape-Shifters with one easy change
By Peter DeBoer - January 22, 2018

What is this wizardry?

We live in the future now. Backflipping robots, driverless cars and now the Shapeshifters have arrived.

Have you heard of the new software that can make a sunny street appear snow covered in real time? It’s called ‘Image Translation.’

Put on some goggles and you’ll make Alaska look like Hawaii.

Or how about the software that changes the facial movements you make on video, also in real time. ‘Facial re-enactment’ – soon to be used on a stepmother near you.

Then there’s Lyrebird, the speech simulator that can mimic your voice. One can only imagine the mischief this kind of tech will breed.

These tools can hijack the world around you, your face and voice.

They can create a new you, saying and doing things you never said or did.

This is powerful, Matrix level stuff.

Of course, these new techniques will find nefarious use. But let’s not pretend we’re surprised. We knew this was coming – and now it’s here.

And that’s a good thing.

These techniques will only drive more distrust in the web of lies the spiders have us caught in.

When these techs come into their own, it will be sink or swim.

Travelling to poorer parts of the world, one finds a lot of people outside. Humanity writhing in the streets, the stench and beauty of it all side by side. These parts of the world still feel alive, authentic. And, in all their poverty they still have a stronger sense of community.

Not so much anymore in the West. Communities now sit quiet. Diabolical homogeneity has turned everything a shade of grey. So many of us sit locked in our pads in front of 50-inch screens. Far fewer kids peddling around on bikes looking for fun, their minds sucked into a digital abyss.

This digital mirror that we are staring into has us entranced. We should know that the reflection is inverse to our true selves. And that reflection is cracking.

The emptiness is already unmasking itself. Life in the void feeds the rampant anxiety and social retardation tearing the West apart.

And now we have to contend with shapeshifting.

The more this modern sorcery takes hold, the louder the voices in the void cry out for each other. The louder the hum that sings – give me the truth.

We are the first to run this gauntlet. This is the curse of the digital age, and it’s our duty to find the balance.

What happens if the saying “I’ll believe it when I see it” no longer applies? What happens if everything that we see and hear can be counterfeit, then what?

It will put a premium on real, human interaction.

It will bring community back from the dead.

Trust on a personal level, reputation and honesty will again become the currency of the day. They have to if we are to make it through this high-tech nightmare.

And yet, a lot of folks won’t want to snap out of it. They’ll choose the lie – and so be it. The flotsam and jetsam of history, sorry.

But you, Dear Reader, are not human wreckage. Intelligent and informed, you’ll be able to spot the shapeshifters and call them out.

The way through this labyrinth of smoke and mirrors is total loyalty to the truth.

So how can you put this into action right now? How can you skin a shapeshifter? First, start with yourself.

The Russians have a funny euphemism – It’s better to be slapped with the truth than kissed with a lie.

So I’m about to slap you.

I’m sure you know – our society is sick and weak. The West is dying because of all the damn lying. And I’m not talking about all the lies in politics or the media.

I’m talking about us. About you.

Give human interaction value by being a person of virtue. Always tell the truth. This is what you can do, right now.

It’s time for some ruthless self-assessment.

(I’m not coming at this from a holier-than-thou point of view. Everybody is some shade of guilty.)

When you lie you make yourself weak. You create a rift between yourself and truth. These lies are like termites, hollowing you out from the inside.

The lie then compounds itself as you move through time, usually forcing you to dig even deeper. In the long run, the lie sabotages you.

These are the millions of cracks running through the foundation of our society. Don’t add to them.

Even the white lie can be dangerous.

Get used to bending the truth here and there and you’ll more easily accept the same from others. How can you value the truth from others if you can’t get it right yourself?

By lying to others you cut yourself down. You defile your own honor. You devalue yourself in the eyes of whom it matters most – yourself.

And even if you don’t recognise it, your subconscious does.

Unless you are a sociopath, you care when you lie even a little, and you know it before you do it.

You may think it helps you in that moment, protects your pride or avoids shame, whatever. But in the end, you are a lier. And you won’t be able to escape that fact. Don’t let it become an easy thing to do.

So listen to the little voice in the back of your head that calls you out when you bullshit somebody. Even if its something minor.

Especially if it’s something minor.

The world depends on you to tell the truth.

Sure, there may be shapeshifters all around, but don’t become one yourself.

The technical sorcery is about to get a lot more deceitful. We combat this by becoming more honest ourselves.

We win by wielding the truth. And that starts with you.