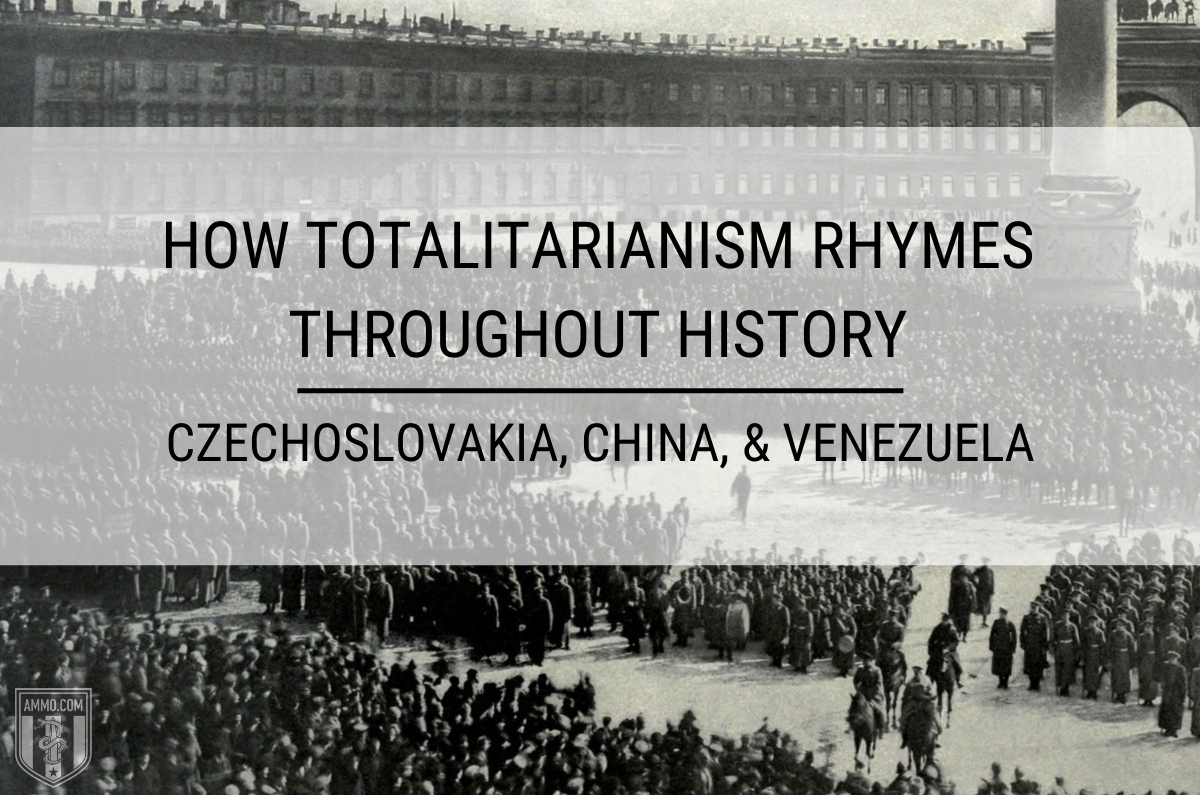 It’s worth noting that throughout history, in virtually every place that totalitarian regimes have arisen, the residents of these countries felt the same way. Russia was seen as too traditional and backward, the power of the Czar too entrenched to be defeated. Germany had been viewed throughout most of the modern period as the home of Goethe, Schiller, and Mozart, a place where the local Jewish population had largely assimilated.

Because totalitarianism emerges differently throughout history in different countries, it’s crucial to take a broader view of how totalitarian regimes arise. For example, when we’re discussing the rise of communism or the rise of fascism, we see different trends in Russia than we do in China, different trends in Italy than we do in Germany. When we examine multiple, somewhat lesser known examples of the rise of socialism throughout the world, we paint a picture of the different ways in which socialism originated and its possible resurgence.

This case study of terror analyses three examples of totalitarianism throughout history. In Czechoslovakia, the Communist Party was able to establish the Czechoslovak Socialist Republic by leveraging little more than a strong showing – but not a victory – in the parliamentary elections. During the Great Proletarian Cultural Revolution of Communist China in the 1960s, Chairman Mao came out of relative isolation to radically remake an already communist country. Lastly, we will look right in America’s backyard at the rise of Hugo Chavez in Venezuela.

More than perhaps anywhere else, the rise of totalitarianism throughout the world is an excellent example of the quote often attributed to Mark Twain, “history doesn’t repeat itself, but it does rhyme.” If you are looking for a mechanical repeat of the past, you are looking in the wrong place. Our point is not to show you that the exact same things are currently happening here in the United States, but to highlight similarities.

The Czechoslovak Coup d’Etat of 1948

Standing on this side of history, it’s easy to take Soviet domination over Eastern Europe as a given. However, at no point during the early transition from Nazi domination to the post-war period was it a fait accompli that the formerly occupied nations of Eastern Europe wouldn’t go back to being free and independent nations. Czechoslovakia is perhaps one of the best examples we have of a country that was by no means “destined” to go communist.

The situation on the ground in Czechoslovakia was very similar to that of Italy and France – all three had been occupied by the Germans and had large Communist Parties enjoying broad, if not a majority, support. The Communist Parties of each country had a track record of cooperation with non-Communist Parties. What’s more, the Communist Party was able to get a little clout based on the role of the Red Army in liberating Eastern Europe.

The broad support of the Communist Party should not be overlooked, as it is a major factor in the rise of a Communist government in Czechoslovakia. In 1945, the Communist Party had a scant 40,000 members. By 1948, this had ballooned to 1.35 million, with several fellow travelers and supporters whose strength is difficult to estimate.

This numerical strength formed the basis of their participation in the National Front, a “big tent” parliamentary front composed of Communists, but also conservative agrarians, social democrats, Christian democrats, and liberals.

Before going any further, we should take a minute to examine just what the Communist Party was doing to create such mass support. As is often the case, true aims were concealed or cloaked in doublespeak. Rather than presenting themselves as the vanguard of the international socialist revolution, the Communists instead positioned themselves as part of the broader nationalist and democratic traditions that had informed the Czechoslovakian body politic since the country’s founding.

This branding exercise paid dividends in the 1946 parliamentary elections. The Communists garnered 31.2% of the vote, the strongest showing by a Communist Party in a free election, far and above the 22% showing the Hungarian Party was able to get the following year. This meant a gain of 63 seats for the Communists.

They held 93 seats in the parliament; however, they were still short of having a majority of 151 seats, which was needed to form a government. Regardless, due to the National Front and the broad forces that it was host to, the Communist Party was able to form a government with the support of lesser parties. As a result, the 1946 Czechoslovak election was the last free and fair election held in the country until 1990.

The Communists of Czechoslovakia were very shrewd. They did not attempt to control the whole of the government and were even content to let most of the ministry positions be occupied by members of other parties. Nine of the cabinet positions were occupied by Communists, with the remaining seventeen were held by non-Communists. What was crucial for their eventual success was that the Communists controlled the Ministry of the Interior, which was in charge of the police forces in the country.

There were other areas of communist dominance that were crucial to their takeover of the country. Key positions were held in agriculture, propaganda, education, and social welfare. Soon after the 1946 election, the Communists dominated in the civil service. Most of the government bureaucrats that average people encountered daily were now members of the Communist Party.

The Communists, despite being in the minority, wasted no time in pushing the envelope and moving the ball forward for their side. The police quickly started acting like Communist goons, collectivization was openly discussed and farmers were told to produce more food without any increase in wages. Even so, people still assumed that once the elections were held in 1948, the deeply unpopular Communists would be shown the door by the Czechoslovak electorate.

The original plan was for the Communists to push their advantage in the parliamentary elections, but with the defeat of Communists in France and Italy after the war, Stalin scrapped this plan. Still, forces on the ground knew that a revolutionary coup d’etat wouldn’t work in Czechoslovakia and that an approach that, at least on the surface, respected the democratic forms of government needed to be employed.

To this end, the Communists decided that demonstrations and protests were the way to flex their muscles in the streets. At the same time, the Interior Minister began purging the police forces, replacing the existing police force with as many Communists as he could. The practical result is that the Communists were able to use the National Police Force as a wing of the Communist Party — punishing their enemies and rewarding their friends.

Several non-Communist ministers resigned in protest, believing that their resignations would not be accepted and that this would be humiliating for the Communists. However, Czechoslovak President Edvard Beneš decided to remain neutral. This is when the Communists struck.

Fearing both a general strike and the Red Army at his borders, the President capitulated. The new government was composed almost entirely of Communist, pro-Moscow Social Democrats. Only a single anti-Communist minister, Foreign Minister Jan Masaryk, remained. He was found dead two weeks after the formation of the new government under mysterious circumstances.