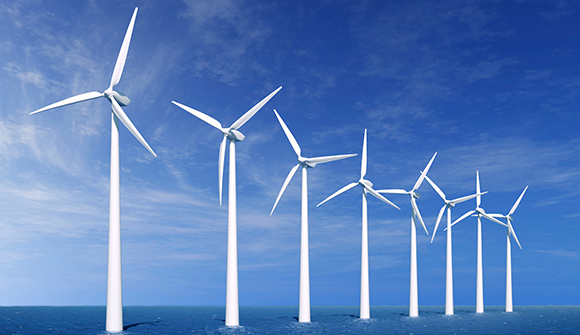 As the world becomes more environmentally aware, all eyes are on finding sustainable, long-term solutions to replace the use of non-renewable materials such as fossil fuels. Great steps are being taken to reduce greenhouse gases, notably carbon emissions, with recruiters like NES constantly looking to place talented individuals into key positions within the energy industry – but what could Europe’s renewable energy revolution have in store for the industry?

Believe it or not, a relatively quiet mission is currently underway to create an economically significant and internationally successful power grid. It will help many countries benefit from natural resources like never before. It may sound like something from a futuristic movie, but an impressively intricate project has already begun to connect Britain to Norway’s huge hydroelectric power supplies.

The project will take years to complete, but when finished power lines running through a Norwegian mountain near Kvilldal will connect to Blythe in Northumberland via the longest undersea power cable in the world, stretching 450 kilometers.

The plan? To allow the UK and Norway to import and export natural power sources. The UK could import 1400 megawatts of electricity, enough to power over 750,000 homes. Norway will benefit from wind energy exported from the UK in a scheme that’s both intelligent and efficient.

The trade of surplus energy

The trade of surplus energy from one country to another forms the backbone of Europe’s renewable energy revolution. Using power interconnectors to link nations together in an eco-friendly way is a logical step when it comes to reducing emissions. But what does this mean for the future of energy usage?

An international power grid can theoretically produce more reliable energy supplies by helping to reduce the effects of intermittent energy produced by renewables such as wind and solar power.

Northern European countries, for instance, that produce large amounts of energy from the wind can trade electricity with sunnier European climates offering reliable and efficient solar power. The use of surplus energy is an innovative and forward-thinking approach to reducing the carbon footprint here on Earth and, if successful, could go a long way to reducing greenhouse gases. A successful international network of natural power could also drive down wholesale energy prices as people are given an alternative to how they fuel their lives.

Interconnectors already in use

With the Norwegian-UK project well underway, it’s also worth noting that interconnectors are already being used. The UK is connected to electricity sources in France and Ireland. Interconnectors in multiple other countries, including Belgium are in the advanced stages of planning or construction. Indeed a new interconnector linking the UK with France has recently been approved and looks set to power up to two million homes ensuring Britain’s energy supply is continuously resilient.

These changes are having a great impact behind the scenes but they are far from the only differences we’re seeing. Pioneers are keen to promote the virtues of ‘going green’ to cut down emissions.

The SolarChange foundation is even offering people the chance to generate more than just energy from their solar panels. Its cryptocurrency SolarCoin is in the mold of Bitcoin and can be earned by anyone who produces power from the sun’s rays as a bonus on top of the cash they can earn. It’s part of a drive to promote this form of energy generation and trade across the planet.

Projects such as this prove that whether it’s a top-down large-scale pipeline project or a tech-friendly bottom up groundswell, the renewable energy industry has a number of sources of potential growth which should help this industry to thrive going forward.

Could these be the final days of fossil fuels, complete with the wars and pollution that go along with them?