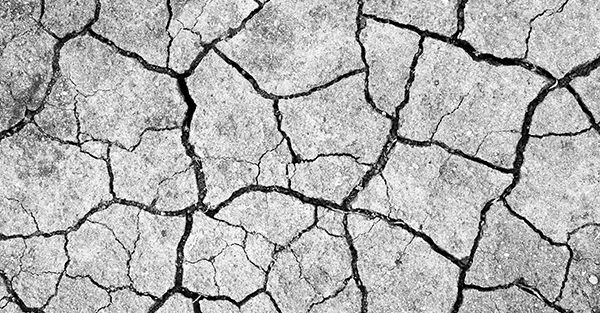 STAFF NEWS & ANALYSIS
Humans Have Used Up a Full Year’s Allotment of Resources and It’s Only August!
By Daily Bell Staff - August 08, 2016

In just over seven months, humanity has used up a full year’s allotment of natural resources such as water, food and clean air – the quickest rate yet, according to a new report. The point of “overshoot” will officially be reached on Monday, said environmental group Global Footprint Network — five days earlier than last year. –France 24

We are running out of water, food and air.

You would think the Internet would have diminished this kind of propaganda but we are still regularly exposed to it.

The idea is to frighten you about basic resources. Once you are frightened enough, you will be more likely to accept large, costly and unnecessary government programs that seek to fix various nonexistent problems.

Thomas Malthus believed England would starve in the 1700s.

The UN has been predicting disasters of all sorts for its entire tenure.

Groups of persuasive individuals remain committed to arguing that only their guidance linked to government – the larger the better – can save humanity.

Global Footprint Network has board affiliations with powerful people including at least who used to work at the Bank for International Settlements.

This is not unusual. It is a technocratic development that has been building for decades. The wisest and cleverest among us will warn the rest about what must be done.

Humans will have used up the Earth’s budget of natural resources for the year in less than eight months, environmental campaigners warn.

People are putting more carbon dioxide emissions into the atmosphere than the forests and oceans can absorb, and catching fish and cutting down forests more quickly than nature can replenish them, according to the Global Footprint Network.

As a result, the world will reach “earth overshoot day” on Monday, the point in the year when humans have exhausted annual supplies such as land, trees and fish, and outstripped Earth’s capacity to absorb greenhouse gases.

The problem is worsening, with the planet sliding into “ecological debt“ earlier and earlier.

No doubt some of these same people warned us about Peak Oil when it was fashionable.

Now oil prices have plunged and the earth is awash in oil.

But still, we are supposed to take these warnings seriously.

It’s just like Malthus. They warn us about shortages without ever acknowledging that shortages will spur “human action.”

The Austrians understood, which is why until the advent of the Internet, Austrian economics were suppressed.

When people face challenges, they solve them.

But this sort of analysis is static. There is a finite amount of everything and no amount of innovation will create any more of it.

Of course, the earth’s population continues to climb without evident difficulties.

There is horrible starvation, but when one examines what’s occurring, it almost always turns out that shortages are man-made, due to government interference or military conflict.

Left alone, people provide themselves quite well. They don’t need the UN to plan for them.

They certainly don’t need the increasing size and complexity of what is rapidly becoming a formal global government.

That’s what these warnings really are about.

Increasingly, we are bombarded with global problems the demand global solutions. That’s one of the reasons drugs have been legalized. The idea is that the UN will regulate them on a global scale.

This is what they have in mind. They need global problems to create global solutions.

And if they don’t have global problems, our controllers will make them up.

Mathis Wackernagel, co-founder and chief executive of the Global Footprint Organization said: “Such a new way of living comes with many advantages, and making it happen takes effort …The only thing we need more of is political will.”

Not your political will, of course. Theirs.

They’ll let you know what to do. What can you can use and what you cannot.

For instance, we learn China’s government intends to cut its citizens’ meat consumption by 50%, and that in turn will reduce emissions from the livestock industry by a billion tons.

The idea is that gasesous emissions of livestock increased carbon in the atmosphere which leads to global warming.

In fact, global warming is a lie in much the same way as Peak Oil was a lie. None of this is about “saving the planet.” It is all about reducing the resources to which you have access.

Conclusion: It is all about control. They wish for YOU to have less and less. And then, eventually, one day, you will have nothing … and the planet will be officially “saved.”