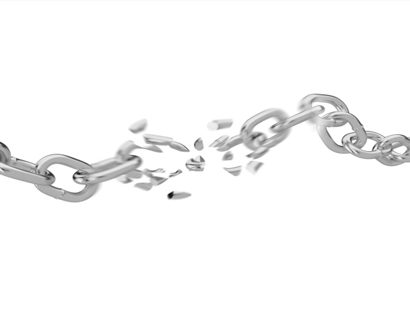 In this era of corona communism, a dissident pastor in Michigan suggests the Bob Dylan song “I Shall Be Released,” as a particularly poignant song for this moment, in which a growing resistance is forming. A beautiful suggestion.

“I see my light come shining,” writes Dylan in the song. How wonderful to imagine that special quantity inside each of us that shines when you let it. What takes place when you are true to essential facts about yourself, and what that means for your interaction with the rest of the world, are captured in these words.

Canadian professor Jordan Peterson advises “Do what is meaningful, not what is expedient.”

Years of watching Ron Paul in action, echoes that idea of doing what is right, not what is expedient. What a treasured life the man leads to have a mind so well-developed that he was calling Covid-19 a hoax long before many states even implemented a quarantine.

It astounds me how this masterful mind has reached such a pinnacle.

Dylan writes: “Yonder stands a man in this lonely crowd / A man who swears he’s not to blame / All day long I hear him shouting so loud / Just crying out that he was framed”.

And who knows who is to blame in a moment like this?

Hard to say. Scapegoats are fun to have. They help release the pain of individual responsibility.

The more power is taken from an individual in his life, the harder it is to say who is to blame. We have no shortage of euphemisms in our modern era of collectivism to say that “the man,” or “the system” “got” a person or that he “fell through the cracks” or “was a victim of circumstance.”

Take enough power from the individual, place that power in systems, and everyone ends up spending some portion of their lives pounding their heads against some illogical brick wall that some illogical system placed in front of them. This is a brick wall that a caring human-to-human interaction often avoids when it exists between two autonomous, fully empowered adults.

Who is to blame that any dehumanizing system like that exists in our era of unlimited access to all opinions, an era where we should all be expected to know better?

In the case of the Great Depression, a minor financial blip that affected a small number of people was spread across a society in a way that affected many, instead of simply being allowed to run its course and to allow the market to offer corrective behavior to those who had involved themselves.

In the case of 9/11, a catastrophic terrorist attack that affected a large number of people was spread across a globe in a way that affected many billions, instead of simply being allowed to stop there, and to bring about circumspect thought.

In the case of Covid-19, a minor health blip that affected a small number of people was spread across a globe in a way that affected many millions, even billions, instead of simply being allowed to run its course.

Often the governmental response is far worse than the problem that is said to have initiated the response. The solution does more harm to the society that government claims to operate in the interest of. History is so filled with these predictable examples that the devastation wrought by government over-reaction is a reason to not have a government with the capacity to “fix things.”

Blame can be debated over in academic journals, in courtrooms, and over beers for ages. It can be left for the historians after the fact to debate. It can be a way to reform for the future. Our centralized, dehumanizing systems leave a lot of room for the slippery Nuremberg defense of “I was just following orders.”

We are in a mess. That is what’s immediately relevant.

The governmental response must stop.

The evil must be brought to an end today.

Primary care has been largely shut down. Untold deaths have resulted and will result. Families are being destroyed – the destruction caused by divorce, suicide, and abuse from this era will be with us for generations. Our places of sanctuary in society – churches – have been shuttered. Our places of retreat – parks, both private and public – have been barricaded.

The world around me has become more insane, more blockaded, more toxic to human existence, than any moment in American history since at least the Civil War.

In between my two ears, I will work to keep my mind as free as possible, to let my light shine through, until I can look at the fetters of the world and unquestionably say “I have been released.”

But it won’t be because someone else released me. It will be because I refused to be so oppressible.

It will be because I made sure I was released.