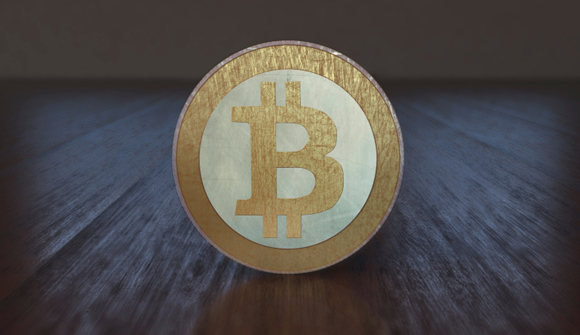 He was speaking at the Barclays Financial Services conference, and when asked whether his bank employs any Bitcoin traders, he responded-

“If we had a trader who traded Bitcoin, I’d fire them in a second,” calling any trader who deals in the cryptocurrency “stupid”.

He went on to say that Bitcoin is a “fraud” and “won’t end well”.

Now, Dimon is a brilliant executive and banker. He knows his stuff. But… fraud? Really?

My dictionary defines fraud as “wrongful or criminal deception intended to result in financial or personal gain.”

That term seems to more aptly describe the banking industry that Dimon represents.

Dimon also stated that Bitcoin is primarily appealing for criminals– “if you were a drug dealer, a murderer, stuff like that. . .”

Again, this is a totally baseless and confounding statement. 10+ million Bitcoin users are drawn to the cryptocurrency for a multitude of reasons.

For some, the fact that it is decentralized is a major factor. For others, it’s the low transaction cost.

Sending an international wire transfer through the banking system, for example, can take three days and cost $100. With Bitcoin it takes an hour and costs less than a dollar.

Sure, criminals might use Bitcoin. They also use Amazon.com gift cards and government bonds.

Ironically for Jamie Dimon, criminals even use JP Morgan bank accounts to launder their money, considering that the bank has paid BILLIONS in fines over the last few years for failing to detect their customers’ illegal activities.

To be fair, Dimon does raise a valid point about Bitcoin’s (and most major cryptocurrencies’) unbelievable price runups.

Bitcoin is up nearly 4x since the beginning of this year, and nearly 30x over the past four years.

That’s not supposed to happen. And it’s always precarious to buy or speculate in anything that’s at its all-time high.

Speculation is, after all, what’s driving most of this boom.

The original Bitcoin ‘White Paper’ from 2008 described the concept as a “peer-to-peer version of electronic cash” to “allow online payments to be sent directly from one party to another without going through a financial institution.”

In other words, Bitcoin was intended to be a medium of exchange for the digital world. Send money. Receive money. Buy things online. E-commerce.

That was a hell of an idea that makes a lot of sense.

But that’s not what Bitcoin is primarily being used for today.

Instead, Bitcoin is a source of speculation– people are buying something they don’t understand based purely on an expectation that the price will increase, at a time when the price is already near a record high.

And that’s exactly what’s been going on over the last year. In fact Bitcoin’s price has fallen more than $1,000 (nearly 25%) just in the last few days.

Again, that’s not supposed to happen… not in an orderly market.

But this is not an orderly market.

There are too many mad speculators who think they’re geniuses for owning Bitcoin despite not knowing a hash from a block… yet they hold a extremists’ fanaticism that their prized asset will go up forever.

The key problem with the Bitcoin price is that it’s so difficult to determine what’s fair value.

Most other assets– stocks, bonds, real estate, etc. can be valued by some objective means.

If I want to buy a 5,000 square foot property that cost $650,000 to build, I at least have some basis of comparison to determine how much I’d be willing to pay.

Similarly, whenever I buy a private company, my analysts and I pour over the financial statements to determine its net asset value and see how much free cashflow the business generates.

Based on this analysis, we can come up with a bid.

Even currencies have certain indicators to determine whether they’re undervalued or overvalued.

The Economist, for example, routinely publishes its Big Mac Index to compare the price of a McDonald’s Big Mac around the world, and hence provide an objective valuation for currencies.

This is just one trivial example; the point is that there are countless ways to analyze various assets.

Bitcoin lacks most of those fundamentals. There’s no Big Mac Index for Bitcoin, no balance sheet or free cash flow.

One fundamental that stands out is “market cap,” i.e. the value of all Bitcoin currently in circulation.

Right now it’s about $60 billion, with a user base of more than 10 million [though a ton of those people are speculators and not real ‘users’].

By comparison the Danish krone currently has a market cap (i.e. M2 money supply) of $205 billion, yet a population of only 6 million people.

Gold has a market cap of roughly $7 trillion, over 100x the size of Bitcoin. And while gold also has no balance sheet or cash flow, it is owned by governments and central banks all over the world.

Whether Dimon likes it or not, Bitcoin is the future.

Our modern monetary system is based on an anachronistic 19th century idea of awarding unelected central bankers totalitarian authority over the money supply.

And our ‘modern’ banking system is a 13th century idea backed by mid-20th century technology.

Bitcoin, despite its flaws and mob of speculators, represents the first true advance in financial technology for the Digital Age.

This technology has endless possibilities to disrupt entrenched industries that have been screwing their customers for decades.

That fact alone makes it worth learning about.