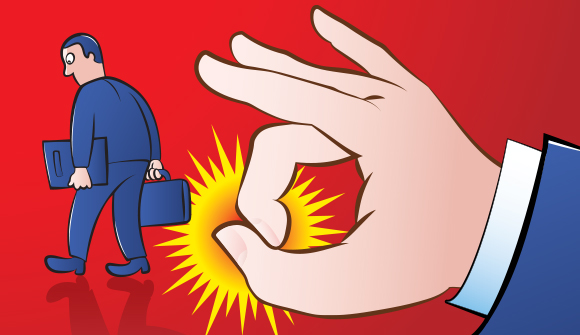 Danny Alexander: Tories should not waste time on EU referendum laws as Ukip will 'come and go' … The Tories should not be wasting time on an EU Referendum Bil as "Ukip will come and Ukip will go", Danny Alexander, a senior Liberal Democrat minister, has suggested. Labour and Lib Dem MPs are expected to be encouraged to boycott the Tory EU referendum Bill. Mr Alexander, the Chief Secretary to the Treasury, said the laws promising an EU referendum" had been "conjured" by the Conservatives to see off the threat of Ukip. – UK Telegraph

Dominant Social Theme: It is not important to examine Britain's participation in the EU, as it is already a reality.

Free-Market Analysis: An argument is being made that Britain's nascent freedom movement ought not to receive a reaction because it is unimportant.

UKIP, running mainly on the idea of removing Britain from the EU, has received an enthusiastic response from the British public. And that has the Tories worried. They have responded by announcing there will be a referendum to determine whether the British want to stay in the EU or not.

In this article, excerpted above, we can see another strategy is being put into play. And that one is simply to ignore UKIP and pretend the rising tide of freedom beginning to swamp British politics simply doesn't exist.

Speaking on the BBC's Andrew Marr Show, criticised the Conservatives for letting the political agenda be led by Ukip, predicting they will be a political flash in the pan … "I think what's wrong with this is the idea that we should somehow be wasting our influence in Europe going after nation-specific repatriation rather than using our influence in Europe to build up the European economy to support measures that will improve job creation and growth prospects across Europe.

"Ukip will come and Ukip will go what matters is that Britain stays a full member of the European Union. We have a referendum as and when a major treaty change takes place but we don't try a conjure one for domestic political reasons." David Cameron has promised to put a new deal on EU membership to the electorate by 2017 and the Tories are proposing a Bill to enshrine the commitment in law.

However, Labour and the Lib Dems are expected to tell their MPs not to bother voting on a Bill to guarantee a referendum on Britain's membership of the European Union. They have dismissed the Bill as a Tory "stunt" and suggesting that their MPs would be allowed to stay away from Parliament rather than take part in the debate.

If both Labour and the Lib Dems ignore the Bill, which has Downing St support, the measure will certainly pass the Commons with overwhelming backing from Tory MPs. But Mr Clegg and Mr Miliband remain opposed to the Bill and would be expected to block it in the House of Lords …

Senior Labour sources stressed that Mr Miliband would do everything in his power to prevent the referendum plan becoming law, including delaying tactics in the House of Lords.

It would certainly be a mistake to try to block the electorate from having its say regarding the EU. Perhaps the biggest problem the EU has is that it is increasingly seen as looking illegitimate because it hasn't provided stated benefits while over-reaching as regards the formation of a United States of Europe.

The British electorate according to polls overwhelmingly wants a chance to repudiated the Union. Additionally, this rising surge of repugnance is part of a larger trend throughout the West and even worldwide.

We lay this at the feet of what we call the Internet Reformation that has gradually revealed information about the Way the World Works when it comes to dominant social themes and memes of globalist control.

Whether it is the Tea Party in the US, UKIP in Britain or forceful protests in Europe and now in Brazil, Turkey and various Northern African countries, it is fairly apparent that popular sentiment has been inflamed by the evident unfairness of the current economic and sociopolitical environment. A handful of top men control the reins of monetary policy and the result is an expanding policy of war and ruin.

Of course, one can point out that some of what is taking place in the world today is premeditated and a result of certain activities of the powers-that-be. The idea, always, is to anticipate mass discontent and create avenues whereby it can be expressed and controlled.

But as the Gutenberg press shows us, such gambits of control can only go so far. The Hegelian Dialectic – the conversation of history – can only stretch so far before it ceases to be a manipulation of mass discontent and becomes instead an expression of it.

UKIP is riven by internal contradictions and is likely one more element of "control." But that it has appeared at all is a powerful commentary on what is taking place in Britain and elsewhere, throughout Europe. The bigger problem faced by those who wish to contain popular discontent in the 21st century is that the old ways of doing so have been undermined by the Internet.

Around the world, the conversation of internationalism and the sense that it is preordained is losing momentum. Manipulating the repugnance that people now feel for their position in life and the potentialities for the future is increasingly bound to failure.

Meanwhile, ignoring it is a non-starter.