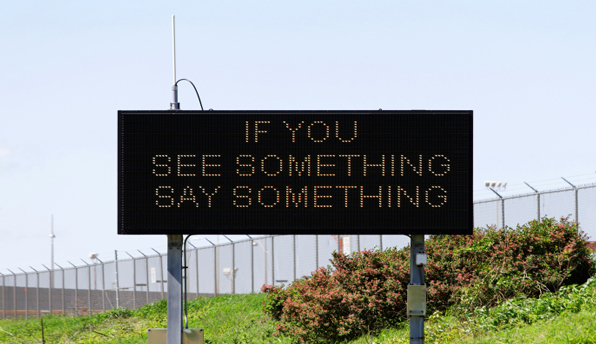 Report: Obama Admin Released Tens Of Thousands Of Illegal Immigrant Criminals … President Obama's Department of Homeland Security caught then released 68,000 aliens who had previously been convicted of a crime, a new report from the Center for Immigration Studies shows. The report, provided to Breitbart News ahead of its late Sunday evening release, reviews internal Immigration and Customs Enforcement (ICE) metrics to conclude that the Obama administration released 35 percent—or 68,000—convicted criminal aliens back into the U.S. general population when they could have been deported. – Breitbart

Free-Market Analysis: All three branches of the US fedgov have come unmoored from representative democracy and are actively promoting globalism under the approving eye of the power elite.

The US government and the people it purports to represent are moving in opposite directions. This surely was not always the case, but it is now. And this would tend to explain why the Obama administration is refusing to remove violent immigrants from US communities and generally refusing to enforce immigration regulations.

As odd as it sounds, the strange actions of the Obama administration – unsupported by many in the electorate – are both purposeful and determined. The administration is undermining civil society for a reason.

Here's more from the Breitbart article:

"The criminal alien releases typically occur without formal notice to local law enforcement agencies and victims," CIS's Jessica Vaughan, the report's author, added. By "criminal," ICE means people who have been convicted of a misdemeanor or felony that is not a traffic violation.

"Most of these aliens came to ICE's attention after incarceration for a local arrest." This report comes out on the heels of a report from the office of Sen. Jeff Sessions last week which found that only .08 percent of the aliens deported in 2013 were not serial immigration law violators or convicted of serious crimes.

"Even those with criminal convictions are being released. DHS is a department in crisis. Secretary [Jeh] Johnson must reject the President's demands to weaken enforcement further and tell him that his duty, and his officers' duty, is to enforce the law – not break it.

But wait a minute. DHS is NOT in crisis. It is being managed very well. It is just that those managing it are fulfilling the criteria of globalism rather than that of the previous Constitutional Republic.

The actions of the various regulatory agencies of fedgov make sense within the context of the emergent North American Union we've been reporting on once more these past few months.

The North American Union is intended to complement the European Union and supposedly will be composed to begin with of Canada, the US and Mexico. In order to carry out what is essentially a fait accompli, those at the top of the US government are seemingly putting policies into place that will merge the three countries gradually instead of all at once.

NAFTA and CAFTA removed a good deal of industry from the US because the US and Mexico need to be evened out in terms of industrial opportunity. Various military and civil policing pacts are eroding the boundaries between Canada and the US – which has imposed a Constitution-free zone around the US.

The much-opposed trans-American highway that will bisect the US into two relative backwaters – East and West – while commerce flows North and South between Canada and Mexico, has been resuscitated under the guise of a Canadian energy pipeline that predictably tracks the path of the rejected highway.

There are many other initiatives taking place and policies being implemented to accomplish the goal of a North American Union. But one of the most egregious and energetic is the increasing mingling of Mexicans and US citizens.

Mexicans are industrious, hard working people just as are people in the US. Nothing wrong with Mexicans working in the US or US citizens working in Mexico. What IS wrong is the secret enforcement of successive initiatives apparently designed to create the North American Union in secrecy.

It is wrong for a government ostensibly elected to represent its constituents to actively work to undermine the country it supposedly manages. It is wrong for the three branches of the US government to willingly and persistently work toward the day when the US as a country will no longer exist.

Now, many will say there are reasons for these policies that go beyond support for internationalism. Some say the US does not exist as a country anymore, only as a corporation beholden to interests that are much different than those of the past.

Others claim – with good reason – that the US remains under a state of emergency and that what is being done is lawful because of this status. It may be lawful but it is certainly not appropriate.

Those who lead fedgov speak constantly of representative democracy but their actions show us something else entirely. Unfortunately, even the alternative 'Net media does not usually fully explain why this is taking place.

A media site like Breitbart is apt to explain that Obama is "soft" on Hispanics and Hispanic immigration because it wants the votes of this powerful constituency. Others will have different interpretations.

But it is simply not true. Just as it is not true that the West's serial wars are being waged to gain resources. The real motivation for the ongoing lawlessness and violence of the West has to do with the intention to create and expand spheres of CONTROL.

This is the reason for Obama's immigration policy or lack thereof. If one accepts that Western governments are in the thrall of globalism and pursue globalist policies then much of what seems strange or inexplicable becomes comprehensivle.