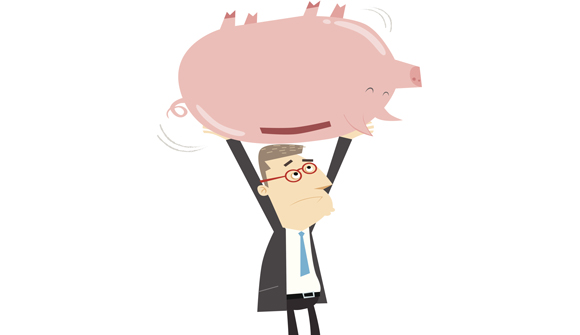 Illinois Will Delay Pension Payment Because of Cash Shortage … Illinois will delay payments to its pension fund as a prolonged budget impasse causes a cash shortage, Comptroller Leslie Geissler Munger said. The spending standoff between Republican Governor Bruce Rauner and Democratic legislative leaders has extended into its fourth month with no signs of ending. Munger said her office will postpone a $560 million retirement-fund payment next month, and may make the December contribution late. "This decision is choosing the least of a number of bad options," Munger told reporters in Chicago on Wednesday. – Bloomberg

Free-Market Analysis: In our other article today, we pointed out that the US Federal Reserve wasn't just wrestling with rate hikes but was facing a bigger challenge because people were gradually losing faith in the monetary system that the Fed represents. Within this context, Illinois's decision to "delay pension payment" is a further example of how confidence in society's fundamental structures can be eroded.

Illinois will still make bond payments, which means retirees will receive their checks. But the state won't fund the larger pension pools that ultimately must deliver cash to retirees sooner or later. Comptroller Leslie Geissler Munger said payments would be current by June 2016, which is the close of the state's fiscal year.

The reason for the delay is simple enough and has to do with a "spending standoff" between Republican Governor Bruce Rauner and Democratic legislative leaders. This has led Munger to state bluntly that Illinois is out of money and to suspend a $560 million retirement-fund payment next month.

Over at ZeroHedge, Tyler Durden has written about the ramifications, which he characterizes as leading to "all sorts of absurdities including everything from the possibility of shortened school years to lottery winners being paid in IOUs."

Durden's reporting also catalogues some of the real corruption and mismanagement that has created Illinois's current predicament.

One wonders what [this] means for Chicago's bankrupt school system, which, as we reported early last month, was depending upon nearly a half billion in funding from Springfield to plug a gaping budget hole. Further, this would seem to suggest that anyone who wins more than a few thousand in the Illinois lottery can go ahead and figure on getting a pieces of paper with Bruce Rauner's picture rather than Ben Franklin's for the foreseeable future.

Tyler Durden then mentions a Reuters article several times that he says, "contains several of the most egregious examples of government waste and inefficiency you'll ever come across."

The Reuters article identified a good deal of nepotism at state and local levels but then goes on to say that "reform simply isn't an option, as the Illinois legislature is filled with lawmakers who have at one time or another themselves benefited from the state's sprawling local bureaucracies."

Let that sink in: "Reform simply isn't an option." Nor is reform an option for the US's larger monetary system that is built on monopoly money printing that inevitably misprices the price and volume of debt-based currency.

It is no wonder that US citizens' trust in government is basically in the single digits. It is very likely that the Fed will stick near zero-bound throughout 2015 and into 2016. This is not just having an impact on people's wallets; it is also changing the texture of the market.

For instance, Money Morning tells us that "gold and silver prices settled at their highest level in four months" on Thursday. "Gold prices gained 0.7% to close at $1,187.50 an ounce. That marks the highest settlement since June 19. After today's close, the gold price is up 0.3% for the year."

Many gold and silver perma-bulls have expected the continued unraveling of the US economy will boost precious metals considerably. Of course, these are the same individuals who still don't believe the selloff in gold and silver was a real event but was malicious and manipulated.

But perhaps it is time to put these suspicions aside and concentrate on the future. Even if gold and silver don't resume their run, prudence would dictate that people hold some level of gold and silver, preferably physically given the stresses and strains under which sovereigns are laboring lately – and multinationals, too.

The IMF recently came out with a report that all but stated the world's total debt was likely insupportable. Increasingly there is talk of a debt jubilee that would forgive debtors – private and public – as this is the only way that the modern financial system may be salvaged.

Regardless of one's position on the future of the US economy – or the world's for that matter – ownership of at least some precious metals in some form is probably a prudent move.