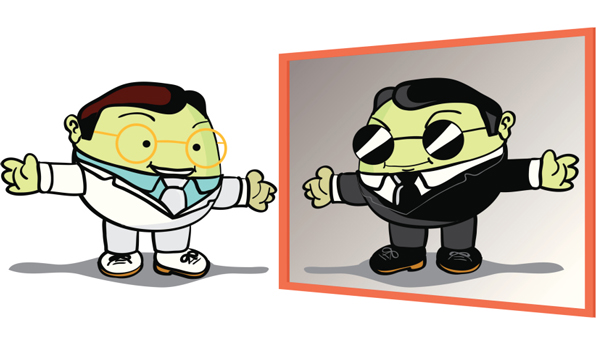 The International Monetary Fund has agreed a $14-18 billion two-year bailout for Ukraine, a deal to help it recover from months of turmoil that will also unlock further credits making a total of $27 billion. The agreement, announced on Thursday, is intended to help the heavily-indebted ex-Soviet republic stabilize its economy after anti-government protests which resulted in the overthrow of President Viktor Yanukovich and a standoff with Moscow in which Russia annexed the Crimea region. – Reuters

Dominant Social Theme: The IMF rides to the rescue. What a relief.

Free-Market Analysis: The Ukraine debacle has exposed certain truths to the world about the way the West operates and how the power elite destabilizes countries politically in order to gain further control over them. IMF officials are doing themselves no favors by participating, but doubtless have little choice.

This IMF tranche is not a helpful gesture toward Ukraine so much as part of a calculated and continued campaign of destabilization and occupation. It is the Internet Era itself that is exposing these manipulations and making them considerably less effective in the 21st century than in the 20th.

The release of a taped conversation featuring senior US State Department official Victoria Nuland plotting the political future of Ukraine was circulated via the Internet. As were other provocations and deliberate "false-flag" operations launched by the West to ensure that Russia would not dominate the whole of the Ukraine, nor wield influence over it financially.

Now the IMF has played its part, rushing into Ukraine with a program of funds worth US$27 billion. Here's more from the article:

The program of reforms that accompanies the support and which the IMF says is necessary to get economy back on track and avoid a debt default may be painful for the population and the new government at a time of crisis and uncertainty.

… The agreement is also subject to approval by IMF Management and the Executive Board, which will consider it in April. Conditions sought by the Fund include allowing the national currency, the hryvnia, to float more freely against the dollar, increasing the price of gas for the domestic consumer, overhauling finances in the energy sector and following a more stringent fiscal policy.

IMF mission chief Nikolay Gueorguiev outlining the proposed package said another important step was to pass a law on public procurement aimed at restraining corruption in the state sector and reducing state budget expenditure. Prime Minister Arseny Yatseniuk, who has dubbed his government a 'suicide' government because of the unpopular measures it will have to take to right the corruption-ridden economy after years of mismanagement, urged parliament to approve the measures outlined in the package.

"Ukraine is on the edge of economic and financial bankruptcy," he said, warning that the price Ukraine will pay for Russian gas supplies was expected to rise by nearly 80 percent from April to $480 per 1,000 cubic meters. He said inflation in 2014 would be between 12 and 14 percent and unless laws were passed to support the austerity measures proposed by the IMF to stabilize the economy, GDP could fall 10 percent during the year and Ukraine could default.

The previous, ousted government said the country of 46 million needed around $35 billion over two years to stave off bankruptcy. It faces about $10 billion in repayments on its foreign currency debt this year, excluding the several billion dollars it will require for gas imports from Russia.

In June, it will have to pay out on a $1 billion eurobond that matures. In a move on Wednesday, seen as a gesture by Kiev to secure the IMF package, the government said it had agreed to raise the price of gas to the domestic consumer – a long-standing demand by the Fund – by more than 50 per cent from May 1.

This was an unpopular condition for IMF aid that Yanukovich had refused before he was ousted last month. "Following the intense economic and political turbulence of recent months, Ukraine has achieved some stability, but faces difficult challenges," the IMF statement said.

Announcing the agreement in the Ukrainian capital, Kiev, Gueorguiev declined to say how big the initial tranche of aid would be. Kiev has said it desperately needs cash to cover expenses and avert a possible debt default. The country's finance minister has predicted the economy will contract 3 percent this year. The bailout from the IMF will clear the way for several billion dollars in aid from the United States, European Union, Japan and other nations.

Two points here. The first is that the West will seemingly throw as much cash as necessary at Ukraine to extend its influence and consolidate sociopolitical and economic gains. Second is that "austerity" is going to be an ongoing factor.

Austerity in this case – as elsewhere – is a way for the government itself to expand authority in a region where government control is not strong. Greece is a prime example. Despite the failures of austerity, the process itself legitimized the government's strengthened role in Greek society.

Nuland's comments show how intimately the West – the US, really – has been in forming the new sociopolitical, economic and military nexus that will run the part of Ukraine that Russia decides to leave alone.

The IMF's involvement in Ukraine is simply one more event in a series of deliberate measures designed to cement Ukraine's fate as a Western proxy on Russia's border.

The real significance of Ukraine may turn out to be not the political reconfiguration so much as the additional exposure of Western influence peddling and deliberate strategies of manipulation. These have already been exposed in Northern Africa and the Middle East, but the Ukraine saga continued the process and made it even more obvious.

The power elite depends on a willing suspension of disbelief to promote facilities such as the UN, IMF, World Bank, etc. The more these facilities are seen as compromised and manipulated, the more they lose their luster – and certainly their credibility.

As the famous Macedonian General Pyrrhus once observed after winning the day against a superior Roman force but losing much of his army in the process: "A few more victories like this and we are undone."