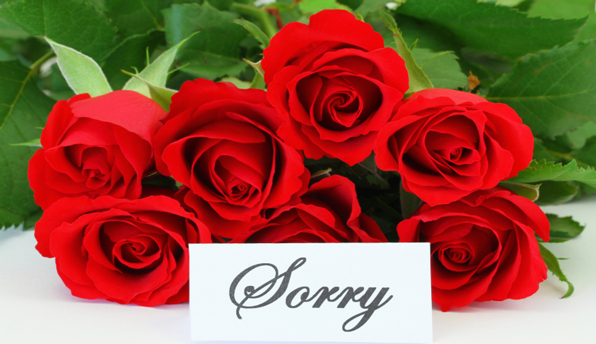 'Do I have to go on my knees?': grovelling apology from IMF head for incorrect warnings on UK economy … Head of the International Monetary Fund, Christine Lagarde, accepts her organisation's low growth forecasts for the UK economy were wrong … Christine Lagarde has asked whether she needs to grovel on her knees before George Osborne over the IMF's incorrect warnings on the UK economy, as she warned against raising taxes. – UK Telegraph

Dominant Social Theme: The IMF has underestimated Britain's resilience and should be ashamed.

Free-Market Analysis: If Britain's economy is improving, it's due to monetary stimulation not natural causes. Ms. Christine Lagarde ought to comment on the mechanism of "economic improvement," but she won't.

She should comment on it because the kind of low-interest, high-money printing approach of the Bank of England is merely guaranteeing another recession/depression eventually … even sooner rather than later.

She could comment on the reality of how modern economies work because the kind of monopoly money printing that is common throughout the world impoverishes more than it enriches and creates an ever-expanding underclass.

The US has been exposed to central bank money printing for a century and the results are not good, as reported over and over in the mainstream media: some 50 million, today, are on food stamps; at least an equal number are on some sort of other government handout; some 20 to 30 percent can't find fulltime employment.

But none of this is present in Ms. Lagarde's analysis. She merely apologizes for doubting the "prosperity" the system produces.

Ms Lagarde said tax rises are "not recommendable". The growth the UK is enjoying now has "resulted" from George Osborne's policies, she said. The growth now appears to be "pretty sustainable" because it is being driven by private sector investment as well as households consuming more.

… "We got it wrong," Ms Lagarde told the Andrew Marr Show. "We acknowledged it. Clearly the confidence building that has resulted from the economic policies adopted by the government has surprised many of us."

"We said very clearly that we had underestimated growth for the U.K. and that our forecasts had been proven wrong by the reality of economic developments," she said.

Pressed on whether she had apologised to Mr Osborne for the incorrect forecasts, she said: "Do I have to go on my knees?" Mrs Lagarde rejected calls from the European Commission for higher taxes.

"The mixture between tax and spending cuts is something that we regard as fairly balanced and at the right mix. We don't see a massive increase in tax as recommendable at the moment."

The two chief risks to the economy are low productivity and rising house prices, but houses are not yet a bubble, she said. Ms Lagarde dismissed speculation she could be the next president of the European Commission, saying: "The only position that has not been debated for me has been the Vatican."

There is much in the above statements that misses the mark. Ms. Lagarde believes that UK "growth" is the result of government interventions. She also believes such growth is sustainable because it is being generated by private sector investment.

But UK growth is actually the result of ferocious money printing and the participation of the private sector in an economy manipulated by monopoly money printing is NOT a positive development. As free-market economists have pointed out for over half-a-century now, monopoly central bank facilities inevitably overproduce currency and eventually the private sector is "fooled" into becoming active again.

But the activity of the private sector is inevitably going to fail because it is based on false monetary signals. In reality, there is no recovery, only turgid surges of currency. Worse still, central bank "supermoney" is distributed via commercial banks that are often constrained by central bank policies from lending too aggressively.

The result is that the money doesn't initially find its way to the industrial sector where it might stimulate employment but ends up in securities marts and bids them up.

And of course, that's what is happening in Britain right now. Ms. Largarde is well aware of it, and the article above even quotes her as dismissing these concerns.

"Houses are not yet in a bubble," she is quoted as saying. But even this tepid endorsement of housing health is strange, as it seems to acknowledge that housing WILL become subject to yet another weary mania at some point.

In its contemporary history, there has never been such a stark divide between London's property market and the rest of Britain. Adam Leaver at Manchester Business School has graphed the average house price in London against the average price outside London going back to the start of 1995.

What he's found is gobsmacking: while homes in London have always been pricier than the rest of the UK, they've never been relatively as expensive as this. Your average home in London now costs as much as three homes in the rest of Britain. Such a disparity has never been seen before, from John Major through to Gordon Brown.

If Ms. Lagarde is not telling the truth, then what is she doing? We'd suggest she's playing her part in promoting a larger elite dialectic.

She could explain how modern capitalism really works. She could even – as we have – explain that stock markets might present opportunities (at least in the near term) because large, Western banks are determined to continue to stimulate. In aggregate this constitutes a meme we call the Wall Street Party.

Instead, she apologized for being "wrong." Central bank monopoly money printing had worked better and faster than she'd expected. That was the gist of her admission.

It is a false admission. But this is the way that the modern monetary dialectic perpetuates itself. And as a prime exponent of the current system, she surely could not have said something else and expect to keep her position.

Instead, she admitted she was wrong when she was not. She then claimed Britain was not subject to a high-end property bubble when it is. Presumably, over time, IMF monetary policy will reflect these misstatements among others.

So "directed history" – the product of such untruths on a massive scale – perpetuates itself.