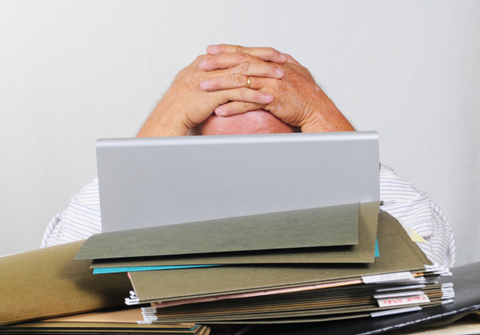 IMF paper warns of 'savings tax' and mass write-offs as West's debt hits 200-year high … Debt burdens in developed nations have become extreme by any historical measure and will require a wave of haircuts, warns IMF paper. The paper said policy elites in the West are still clinging to the illusion that rich countries can chip away at their debts with a blend of austerity cuts and growth. – UK Telegraph

Dominant Social Theme: The West is out of control and only taxes can save it.

Free-Market Analysis: The UK Telegraph has discovered that the IMF wants to inflict radically higher taxes on the world.

The article quotes a report by the International Monetary Fund saying "debt burdens in developed nations have become extreme by any historical measure and will require a wave of haircuts, either negotiated 1930s-style write-offs or the standard mix of measures used by the IMF … for emerging market blow-ups."

This is actually not a new story in terms of IMF intentions. The New American and other conservative-libertarian publications have covered a previous paper authored directly by the IMF. Here is some of what the New American reported in early December:

In an arcane chart-laden 107-page-long report that was competing at the time with the government shutdown, the failing rollout of ObamaCare, and other concerns, crises, and disasters, why should they? Here's why. On page 49, the authors said, "The sharp deterioration of the public finances in many countries has revived interest in a 'capital levy' – a one-time tax on private wealth – as an exceptional measure to restore debt sustainability."

Let's be clear: That tax would apply to all private wealth on the planet. And it wouldn't balance budgets but would only bring them down to a slightly more manageable level so that government borrowing and spending could continue without interruption.

… Just how much would the IMF's "capital levy" be? Say the authors: The tax rates needed to bring down public debt to precrisis levels are sizable: reducing debt ratios to end-2007 levels would require … a tax rate of about 10 percent on households with positive net worth.

After reading the entire 107 pages, Forbes' columnist Bill Frezza was livid: [The IMF proposal] means that all households with positive net worth – everyone with retirement savings or home equity – would have their assets plundered …. It would merely "restore debt sustainability," allowing free-spending sovereigns to keep tapping the bond markets until the next crisis comes along.

… From its report the IMF admits that previous attempts to install wealth taxes have largely failed because the wealthy could move, but the IMF hopes to close any escape hatches via mutual governmental cooperation: In principle, taxes on wealth … offer significant revenue potential at relatively low efficiency costs. Their past performance is far from encouraging, but this could change as … stepped up international cooperation … reduces evasion opportunities…. [Such schemes must] address more fundamental aspects … and find better ways to realize mutual gains from closer cooperation in tax matters.

That's why it's called the "International Monetary Fund."

The new paper is entitled "Financial and Sovereign Debt Crises: Some Lessons Learned and Those Forgotten," authored by famous Harvard professors Carmen Reinhart and Kenneth Rogoff. It is obviously intended to buttress the previous in-house analysis but is not available without a fee.

According to the Telegraph article, the new paper makes the case that Western governments simply cannot muddle through via austerity, inflation and modestly increased revenues. This is "overly optimistic" and will cause additional damage if applied. More:

The clear implication of the IMF paper is that Germany and the creditor core would do better to bite the bullet on big write-offs immediately rather than buying time with creeping debt mutualisation.

The paper says the Western debt burden is now so big that rich states will need same tonic of debt haircuts, higher inflation and financial repression – defined as an "opaque tax on savers" – as used in countless IMF rescues for emerging markets.

It seems clear for some reason that the IMF wants to advance the case for a global tax, though why it would want to adopt such a controversial proposal at this time is unclear.

Perhaps the proposal is simply in line with other tax policies now being implemented. The most prominent one comes from the US government, which intends to tax expatriated residents via their banking connections. The rollout of this policy is taking place this year but is also receiving a lot of pushback.

It could be that the IMF tax proposal is a way to implement further globalist tax strategies that can operate in conjunction with US efforts.

There are other reasons why the IMF would emerge with this proposal at this time, having more to do with raising its profile, perhaps, or reminding the international community that IMF officials stand ready to reconfigure the IMF as a worldwide central bank of last resort.

Many international schemes emanating from the world's main transcontinental bodies – the IMF, World Bank, WTO – usually become clearer over time. Perhaps this one will, too.

For now it seems as if the IMF has embarked on an increasingly emphatic effort to generate a worldwide tax of ten percent – even though there is no evidence that such a tax will solve the problems it is supposed to address.

Of course, perhaps the IMF actually believes that this sort of tax can salvage the West's – and the world's – faltering finances. But that would certainly be a naïve standpoint. Taxes never really reduce deficits. They merely give added impetus to spending.

In the long run, it seems to us, the decline and fall of the West is a kind of foregone conclusion. Perhaps top elites may have been working to destabilize Western finances for decades and even centuries with an eye toward implementing a thoroughly internationalist economic system.

Seen from this point of view, the IMF is merely offering an alternative dialectic, a different kind of solution, in order to create a faux dialogue.

It wouldn't be the first time.