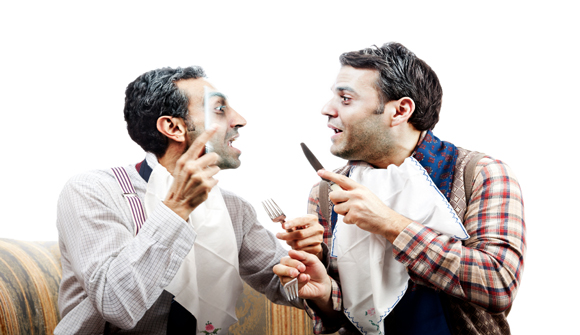 [T]he economic benefits of immigration may be the most­settled fact in economics. A recent University of Chicago poll of leading economists could not find a single one who rejected the proposition… Rationally speaking, we should take in far more immigrants than we currently do.

So why don't we open up? The chief logical mistake we make is something called the Lump of Labor Fallacy: the erroneous notion that there is only so much work to be done and that no one can get a job without taking one from someone else. It's an understandable assumption. After all, with other types of market transactions, when the supply goes up, the price falls. If there were suddenly a whole lot more oranges, we'd expect the price of oranges to fall or the number of oranges that went uneaten to surge.

Immigration is one of those subjects you hope to avoid at holiday family gatherings. Most everyone has an opinion, many feel strongly about their opinion and few will even consider they might be wrong.

Emotional and cultural baggage further complicate the subject. Everything from childhood scars to religious obligation can jump in front of rational discussion. Very few people look at immigration from a strictly economic viewpoint. Those who do tend to think it is beneficial, as noted in the excerpt above.

Adam Davidson, host of National Public Radio's "Planet Money" program, is no libertarian. His recent column for the New York Times Magazine nevertheless does a good job explaining why an open immigration policy will help everyone.

Here is another excerpt, picking up where we left off above.

It might seem intuitive that when there is an increase in the supply of workers, the ones who were here already will make less money or lose their jobs. Immigrants don't just increase the supply of labor, though; they simultaneously increase demand for it, using the wages they earn to rent apartments, eat food, get haircuts, buy cellphones. That means there are more jobs building apartments, selling food, giving haircuts and dispatching the trucks that move those phones. Immigrants increase the size of the overall population, which means they increase the size of the economy. Logically, if immigrants were "stealing" jobs, so would every young person leaving school and entering the job market; countries should become poorer as they get larger. In reality, of course, the opposite happens.

Davidson goes on to describe the 1980 Mariel boatlift in which more than 125,000 Cubans arrived in the U.S. in a very short time. Miami's labor supply grew 7% in just four months. One might expect at least some short-term problems absorbing this influx. In fact, studies could find no measurable impact on wages or unemployment.

The reason is quite simple. Additional entry-level labor allows higher-skilled native workers to move up the ladder and increase their productivity. The additional goods and services they produce enrich the entire economy. Eventually, the immigrants move up the ladder, too.

So why not throw the borders open tomorrow? In practice, immigration policy isn't just economic. National security, public health, education and other matters keep the U.S. and other nations from adopting economically optimal policies.

All those considerations would probably shrink in importance if more people could see the economic costs of closed borders. So perhaps we shouldn't dread that holiday discussion with Uncle Billy. With the right approach, he might finally see reason.