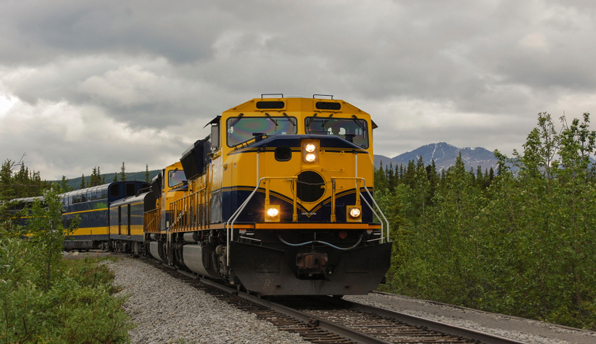 Immigration Overhaul for 2014: Decidedly Not Dead … A bipartisan overhaul of immigration, considered dead in the water just a few weeks ago, is not only alive, according to the House Republican leading efforts to broker a deal — it's gaining steam. Rep. Mario Diaz-Balart, R-Fla., told CQ Roll Call that pro-rewrite calls earlier this week from two Illinois Republicans, Reps. Adam Kinzinger and Aaron Schock, recent comments from Speaker John A. Boehner, combined with a rash of immigration rallies and protests across the nation in recent days, are indications that momentum has shifted back to those hoping to implement an overhaul of the nation's immigration laws this year. – Roll Call

Free-Market Analysis: Directed history advances once again? Here's what the Washington Post concludes about moving ahead with immigration reform:

The takeaway? … that would be a bad thing for Republicans.

What kind of politician directly advances programs inimical to his party's re-election chances? Boehner must know that Republican voters are not overwhelmingly clamoring for turning "illegal immigrants" into voting quasi-citizens. The Bush administration advocated a kind of guest worker program and the outcry was so great that the whole reform effort was scuttled for six years.

Diaz-Balart, a major player in ongoing efforts to produce a bill that could balance Republican demands for border security with Democratic calls for legal status for the undocumented, said a solution is closer than ever. "I think we finally have the policy right," he said in a phone interview.

Diaz-Balart said he thinks they're close to a deal that can pass both chambers. "It is as close as we have ever been. It is still a big, big, heavy lift," he said. "I think we're going to get there." The Florida lawmaker's optimism comes as the immigration overhaul, declared dead by pundits and politicians alike earlier this year, is back in the headlines.

Boehner, speaking at a Rotary Club luncheon in Ohio, doubled down on his support for an overhaul and openly mocked those in the Republican Conference who have dismissed immigration proposals as "amnesty." "Here's the attitude. 'Ohhhh. Don't make me do this. Ohhhh. This is too hard,'" Boehner told a gathering of Rotarians at Brown's Run Country Club in Madison Township. "We get elected to make choices. We get elected to solve problems and it's remarkable to me how many of my colleagues just don't want to. … They'll take the path of least resistance."

The comments came almost a week after the Wall Street Journal reported that Boehner told backers at a fundraiser he is "hell-bent" on passing an overhaul this year … But a Republican spokesman has said there is no plan to push immigration in the House until President Barack Obama convinces Republicans he will enforce the nation's immigration laws.

In the wake of the 2012 elections, Boehner had expressed a willingness to work with the president on the issue, even issuing a set of principles outlining the Republican position on immigration and expressing support for legal options for those who came to the country illegally, But after pushback from the GOP's tea party wing, Boehner and the House leadership put the issue on the back burner.

Boehner has resurrected immigration reform despite pushback from his colleagues, his party, even the general populace. He's decided that now is the time to make "hard choices." He believes voters have sent him to the Hill to make such choices. Others have pointed out that voters elected him to represent THEIR views, not to make "choices."

It really doesn't make any sense for Boehner to be ratcheting up the rhetoric regarding immigration reform to the point where he said recently that he was "hell-bent" on getting something done. He also admitted that, "The appetite among my colleagues for doing this is not real good."

Perhaps there are other issues involved. Perhaps Boehner is addressing immigration reform – as we have mentioned before – within the larger context of something called the "North American Union."

This is the idea – much pooh-poohed by the mainstream media – that Canada, Mexico and the US are to be merged, much as the European states were merged into the European Union. The EU was a subterfuge, presented as a trade union when its supporters actually had in mind creating an empire.

President Bush and now President Obama spent a good deal of time generating various hush-hush security and trade agreements with both Mexico and Canada that make a union a good deal easier to accomplish.

A few years ago, without much notice in the mainstream media, Mexico declared universal health care. Obamacare is aimed apparently at bringing a similar system to the US. Canada already has it. Thus, national policies are likely being homogenized piecemeal.

NAFTA and CAFTA have already drained US industry and added to Mexico's expanding corporate/industrial sector. Additionally, there was a big push to create what was called the "NAFTA superhighway" that would run from Canada to Mexico – turning large swaths of the US into an industrial backwater.

More recently, this bad idea was resurrected as the Keystone pipeline. We had the idea that the Keystone pipeline was going to run roughly along the same route as the NAFTA highway. We went looking for confirmation and, sure enough, we found it in an article posted at the Huffington Post a year ago.

… To those worried about a North American Union, the super-highway represented a dangerous new phase of … a project to create a super-state from Canada, Mexico and the U.S. Enter the Keystone pipeline. As some observers have pointed out, the Keystone's route is fairly similar to the route "proposed" for the NAFTA Super-Highway.

We posted a larger quote from this Huffington Post article in early February in an article entitled, "Real Reason for Fracking Boom Is to Build North American Union?"

Our point in the article is that one reason for the high-profile coverage of fracking was to generate demand for the Keystone pipeline. The people apparently behind the North American Union – and from our point of view, it's probably no "conspiracy theory" – don't give up.

We often write about a Wall Street Party, observing that there are many trends indicating that central bankers are determined to force Western stock markets higher. Indeed, it pays to follow elite dominant social themes … which High Alert is dedicated to doing.

In the long term, most world events are somewhat uncontrollable but in the short term, many trends are indeed controlled, or so it seems.

Boehner himself is evidence of just one more trend in this regard. He's just bought a million-dollar retirement retreat down South and there are reports that he's ready to remove himself from Washington in favor of leisurely days on the golf course – post-retirement, that is. This could explain his eagerness to move in a direction that few in his own party want to go.

From our point of view, the immigration controversy is part of a much larger subterranean struggle over whether or not the US will survive in its current form.