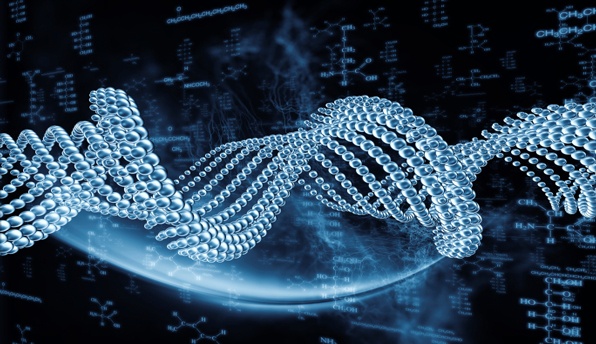 Federal 'Biosurveillance' Plan Seeking Direct Access to Americans' Private Medical Records … The federal government is piecing together a sweeping national "biosurveillance" system that will give bureaucrats near real-time access to Americans' private medical information in the name of national security, according to Twila Brase, a public health nurse and co-founder of the Citizens Council for Health Freedom. – CNS

Dominant Social Theme: There is so much opportunity in the field of biotechnology. It is most difficult to forego …

Free-Market Analysis: High Alert has taken a position that some investments are more palatable than others. But unlike the mainstream media, we don't believe that adhering to elite dominant social themes defines "morality."

Ethical investing often focuses on "saving the planet" by supporting companies that have technology to reduce, say … carbon in the atmosphere. But what if the whole global-warming-via-manmade-carbon is questionable? We think so.

It seems to us that the carbon meme is merely an excuse to centralize power and generate more government authoritarianism. And this to our way of thinking is … immoral. Modern moral investing, in our view, should be focused on opportunities that are both promising and supportive of freedom, or at least don't actively militate against it.

Which brings us to the very hot sector of biotechnology. One can certainly invest in a variety of biotechnology products that are supportive of free markets and freedom, but we'd suggest that the sector is growing more fraught by the day.

The reality of Obamacare, it turns out, not only propels people into an increasingly centralized and state-designed system, it also now begins to generate increasing healthcare data transparency not only for the medical profession but also for the government.

The Department of Health and Human Services' (HHS) Office of the Assistant Secretary for Preparedness and Response is currently seeking public comment on a 52-page draft of the proposed "National Health Security Strategy 2015-2018" (NHSS).

But Brase warns that the NHSS proposal would allow the federal government to monitor an individual's behavior before, during and after any government-defined health "incident" – which could be anything from a local outbreak of the flu to a terrorist anthrax attack.

"It's very broad. It doesn't seem to have any limits, except they say something about, you know, properly protecting the data. But from our perspective, if the government gets access to this kind of data, [and] is allowed to do research with the data…then our privacy has already been compromised. The government has already said that our data is their data for their purposes of national health security," Brase told CNSNews.com.

"It's very clear to us that really the government is moving toward real-time access, toward close collaboration of government and doctors for ready access to the electronic medical record and then to conduct research and analysis.

"I don't think they ever mentioned the word merging, but this is a very close connection they want between public health, which is the government, and clinical health, which is your doctor's office and the hospital, for whatever diseases they choose to have reported," she added.

Brase noted that the information collected by the government will be "all-encompassing" and include "what our health status is, whether we exercise, how often we get a cold, or what kind of medications we're taking. They're also looking at the climate, and the economic condition of the country, as all being a party of this National Health Security Strategy." "In other words, anything and everything could become a health threat by the government's standards," she said.

Brase explains that much of what is going on is the result of various forms of legislation not directly involved with Obamacare. But chances are Obamacare is a key component in the evolution of medical transparency, as the article points out that "health plans often may require with their contracts with doctors, that they submit their bills electronically. So all this is forcing everybody's medical records online."

This is key. The government can do little to implement policy without a centralized access point; surely, Obamacare begins to provide an overwhelming justification for compelling additional government data collection.

Brase even claims that government could now require health insurers to send "all claims data to the government, forcing state insurance exchanges to open a special portal specifically for federal bureaucrats, or demanding that hospitals and clinics report directly to the feds."

There is so much opportunity in biotech these days. As science probes the depths of the genome, new forms of treatment and new kinds of genetic opportunities are opening up. People are living longer and healthier lives and eventually human functionality could be positively affected. People might be smarter, stronger and more creative.

But at the same time, it is very likely that a number of opportunities created in biotech will in some sense abet the growing surveillance state.

There is great opportunity in biotech, therefore, but also great danger.

Here's a suggestion: Be careful of biotech investment ramifications and how investments support or don't support the continued bureaucratic centralization of medical data.

The opportunities for abuse are increasingly considerable.