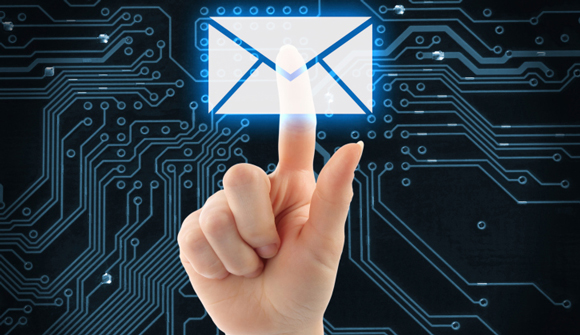 'This was all planned': Former IG says Hillary, State Dept. are lying … The State Department is lying when it says it didn't know until it was too late that Hillary Clinton was improperly using personal e-mails and a private server to conduct official business — because it never set up an agency e-mail address for her in the first place, the department's former top watchdog says. "This was all planned in advance" to skirt rules governing federal records management, said Howard J. Krongard, who served as the agency's inspector general from 2005 to 2008. – The New York Post

Dominant Social Theme: This is a shocking state of affairs.

Free-Market Analysis: The swirling e-mail crisis enveloping Hillary Clinton and her campaign takes another turn with this accusation by Howard Krongard.

Another is that President Barack Obama sent e-mails to Hillary using her private e-mail address supported by her secret server.

These are significant stories of public corruption but significant as they are, there are even larger implications that we will discuss toward the end of this article.

The news about Obama's emails has been brought to light because the State Department announced it would not release some 20 e-mails due to their beyond-top-secret classifications – and these included Obama's correspondence.

The Krongard story is perhaps even more important because it raises Hillary's transgressions to an institutional level. The implication is that strategy must have been approved at the highest levels of the State Department and then beyond.

Krongard's logic begins with the observation that Hillary never received a state.gov e-mail, which is a significant change in the "standard" used by the State Department. Thus the State Department must have been aware of the omission. Standards are not changed in a vacuum.

Additionally, Krongard points out the "unusual" absence of a permanent inspector general that ran from 2009-2013, Clinton's term. The article terms the vacancy "unprecedented."

"It's clear she did not want to be subject to internal investigations," Krongard said. An e-mail audit would have easily uncovered the secret information …

Krongard also points out that many of the most classified e-mails on Hillary's personal server came from a State Department network called SIPRNet. Someone must have arranged for State Department e-mails to be funneled to Hillary's server on a regular basis.

The idea would be that Hillary's deputies at the State Department copied information from the department's classified network and then circulated them to Hillary's unsecured system.

At nearly the same time as these stories were breaking, we have familiar tidings on an entirely different front. The IRS was making news again for destroying servers that may have held incriminating information. Forbes reports the "IRS Wipes Another Hard Drive Defying Court Order…"

Hiring outsiders at over $1,000 an hour (!) angered Senate Finance Committee Chairman Orrin Hatch, who wrote a letter to the IRS complaining about strange deal and the $2.2 million fee. Sen. Hatch pointed out that this was work the IRS and Justice Department should do.

A federal judge was also troubled. And when the questions were too probing, oops, the hard drive was wiped. Sound familiar?

Forbes is referring to Lois Lerner, the director of the Internal Revenue Service's Exempt Organizations office, who may have supervised an illegal operation to ensure that Tea Party and conservative groups did not get tax-exempt status in a timely fashion. Some 24,000 of Ms. Lerner's e-mails were deleted by the IRS.

Despite obvious action to avoid complying with court orders, the Obama Department of Justice decided that there was not enough evidence to prosecute anyone at the IRS, not even Ms. Lerner.

And only a few days ago, President Obama's spokesman Josh Earnest made national news with the statement that the FBI's e-mail investigation was not "trending" toward Hillary and that it would ultimately be up to the Department of Justice to decide whether to prosecute her.

Of course, if Obama doesn't want Hillary prosecuted, then the DOJ will likely find there is not enough evidence to move ahead, just as it did with the IRS potential prosecution.

In a previous article, we speculated that the Obama administration did not want Hillary as the Democrat presidential candidate and was setting up a scenario in which she would retire from her campaign for health reasons.

But perhaps Obama's own involvement in e-mailgate is too deep. In that case, the entire mess may simply be swept under the proverbial rug in much the same manner as the IRS situation was dealt with.

There are larger implications, as we mentioned at the beginning of this article. Both e-mailgate and the IRS tax-exempt scandal have been enormously publicized. Huge swaths of US citizens who might not otherwise have any idea how the country's modern government works have been intimately exposed to the corruption and malfeasance not only of high officials but of the DOJ as well.

This is a 21st century circumstance almost entirely attributable to the 24-hour news cycle of the Internet and the alternative media that covers issues that the mainstream media would ordinarily avoid.

Donald Trump's emergence as the GOP frontrunner is yet another example of what's going on in the body politic, which is seemingly extraordinarily suspicious of government institutions of any kind.

The combination of increased, public malfeasance, lack of prosecutions and ever more efficient and widespread information technology is poisoning government credibility – and on a nationwide scale.

The resurgent militia movement, the Tea Party upheavals and the alternative media itself are reshaping public sentiment. These are substantive changes, not ephemeral political fashion.

Conclusion: Washington's political and military movers and shakers pursue business-as-usual, nonetheless, apparently oblivious to how things have changed. At some point they will become more fully informed, and that revelation will not be especially pleasant for anyone.