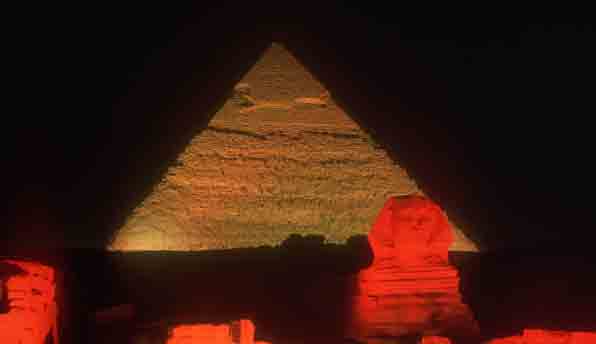 Seven reasons why the Arab uprisings are eclipsing western values … This year marks the twenty-fifth anniversary of the collapse of the Berlin Wall — an event that led Francis Fukuyama to predict the end of history and the beginning of universal western liberal values. It is three years since the Arab uprisings threatened to upend the Middle East and North Africa. Many at that time predicted that the region would embrace liberal democracy and human rights. – Reuters Opinion

Dominant Social Theme: The Middle East – so much confusion, so much democracy!

Free-Market Analysis: This article, written by Mark Leonard, co-founder and director of the European Council on Foreign Relations, seems to explain – if you read between the lines – what is really going on in the Middle East and environs.

The conclusion is as follows:

The use of this phrase is no accident. Thus, the article, in our view, may present a direct explanation of the hows and whys of the various Northern African and Middle Eastern "color revolutions."

Why do we take this article seriously? Because of its pedigree.

The Council on Foreign Relations, in the US and now Europe, is related to the British Round Table that was founded by Cecil Rhodes, the great imperialist who gave his name to the African state Rhodesia, now Zimbabwe, and who was funded by a variety of British banking interests.

Rhodes set up the Rhodes Scholarship that operates today and has been awarded to such luminaries as Bill Clinton (who nonetheless departed from Oxford under mysterious conditions).

Knology.net writes about the Rhodes Scholarship as follows:

And what are the characteristics that the Rhodes scholarship selection committees were to look for in candidates and nurture in their scholars? According to Rhodes' own criteria … the traits most desired were (and are) "smugness, brutality, unctuous rectitude, and tact." … According to Rhodes' co-conspirator Stead, it was expected that by 1920 there would be "between two and three thousand men in the prime of life scattered all over the world, each of whom, moreover, would have been specially – mathematically – selected toward the Founder's purposes."

In truth, there are probably far more than this today. What Leonard explains in this article are probably the carefully calibrated explanations of this larger group.

Ewan Harrison and Sara McLaughlin Mitchell argue in a new book — "The Triumph of Democracy and the Eclipse of the West" — that the spread of democracy has come at the very moment that the West is experiencing decline — and that the future will see a "clash of democratizations" rather than a westernization of the world.

Harrison and Mitchell argue that the Arab Spring should be seen as a "second struggle for independence" — throwing off the shackles of western-backed dictators in the same way that earlier generations rebelled against direct rule by the West. …

But the paradox is that these protesters are increasingly using western-style freedoms and technologies to reject the liberal tenets of the West. From the muddled reaction of western governments to the uprisings in the Middle East, we can already begin to see that this awakening is leading to an eclipse of the West.

When the Arab uprisings started three years ago, many commentators saw this as Fukuyama's revenge. They predicted that this part of the world — so rich in history — would finally embrace western modernity.

But next week, when Egypt holds a constitutional referendum and the leaders go to the Swiss resort of Montreux for talks on Syria, we will see that history is still on the march in the Middle East.

We haven't bothered with the article's seven points because they are merely the mouthings of directed history, in our view. Nothing likely happens in the Middle East that the Anglosphere does not calculate and disseminate. Thus, we need to look past the surface analysis for clues about the real reasons for what is going on in Northern Africa and the Middle East.

Several years ago, we were perhaps the first in the alternative media to identify a single underlying reality when it came to the serial wars in the Middle East. They were all aimed at secular regimes – and most of these countries, if not all, were ending up with quasi-Islamic ones. In other words, the West was funding an emergent Islamic crescent in the region.

This perception has been somewhat muddied by the current setback to the CIA-linked Egyptian Muslim Brotherhood, which was perhaps the vehicle of choice to receive the benefits of these faux-revolutions.

And thus, we have to look deeper. In fact, this article provides clues to an even more sophisticated strategy of Western powers. But it is one that we have also mentioned.

We have pointed out in the past that the funny little Arab Emirates are acting as de facto "test tubes" mingling Western and Islamic banking practices and finance. The idea is to produce a hybrid that can then be exported throughout the Islamic world. In this way, Western interests can dominate, using customized strategies created in the regions themselves.

This article would seem to confirm that this strategy is being used when it comes to these Western sponsored "revolutions." See here (and pardon the repetition):

If you understand the underlying premise, this somewhat cryptic conclusion becomes comprehensible. The article is telling us, after all, that these different "uprisings" may actually result in a variety of different "colors."

This certainly makes sense. Western elites often co-opt those who have successfully risen to the top. This is infinitely easier than trying to impose a solution from the top down. While the Muslim Brotherhood may have been the agency of choice in the Middle East, its rule didn't work out so well: Egypt and Western elites are moving on. …

Again, this seems to us to be an important, even profound, article. The idea is that, having destabilized certain regimes, Western interests are now prepared to let various factions fight it out.

But the result – as the article tells us – is the "clash of modern practices" will produce a variety of governments that will then be co-opted by the "future world order."

The fundamental dishonesty of the article lies in the presumption – and the author knows better – that these uprisings ought to be taken at face value. Their roots are surely planted in the squalid soil of Foggy Bottom and the fruit they bear is to be poisoned by the authoritarianism of the Western banking paradigm with its monopoly central banking and judicially mandated corporatism.

Thanks to this article, we think we understand the process – and intentions – better.