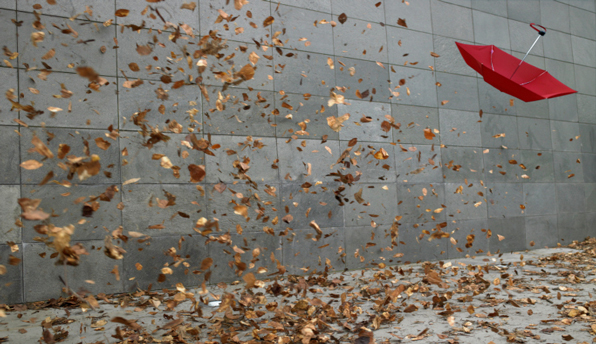 Janet Yellen could be a little clearer … What the Fed Really Meant to Say … The gap between what the Federal Reserve says about monetary policy and what investors think it's saying would be funny if it weren't so important. Most of this gap is the listeners' fault – but not all. The Fed could do a better job of explaining itself. – Bloomberg

Dominant Social Theme: If we just tweak the process, the Fed can do better …

Free-Market Analysis: Another article, among thousands every year, explaining how the Fed can be more effective if it would just do … this. Or that …

The rhetorical element always involves explaining what the Fed has done wrong, and continues to do wrong, and why the Fed can become more effective – and realize its true potential – if the commentator's advice is taken.

The above excerpted Bloomberg article is a prime specimen of this particular dominant social theme.

Last week, for instance, commentators pored over the minutes of June's meeting of the Fed's policy-making committee and decided that the Fed had, for the first time, committed itself to end its quantitative easing program in October. Moreover, some concluded, this would hasten a rise in interest rates that investors had not been expecting until next year. Here's the relevant passage from the minutes:

"While the current asset purchase program is not on a preset course, participants generally agreed that if the economy evolved as they anticipated, the program would likely be completed later this year. … If the economy progresses about as the Committee expects, warranting reductions in the pace of purchases at each upcoming meeting, [the] final reduction would occur following the October meeting."

As binding commitments go, and remembering that the economy rarely evolves as anyone expects, that's pretty weak. … Two things would help. First, the Fed should tell the markets more plainly that its 2 percent inflation target is a target, not a ceiling – and that it will be no more concerned about a temporary overshoot than it has been about the recent undershoot.

Second, it should say more about how it assesses inflation prospects and less about peripheral matters. A good indicator to emphasize is wages. The Fed's main concern should be to avoid the emergence of an inflationary prices-and-wages spiral. As long as wage inflation is not a concern – and for the moment it isn't – keeping monetary policy loose makes sense.

Giving due weight to those points argues, in fact, for continuing to buy assets beyond October. If conditions in the labor market are any guide, it's too soon to be even thinking about higher interest rates. That would be a good message to send. But it's also important that the Fed should have a message, any message, and deliver it in simple terms, less apt to be misunderstood. In this, others can help – by not trying so hard to misunderstand.

These are words … windy words. Nobody really knows what the Fed ought to be doing because it likely shouldn't be doing anything. The Fed fixes the price of money and its value via interest rates. Price fixes don't work. They create queues or otherwise distort market functions.

Thus, any advice about what the Fed "ought" to be doing is bound to be illogical. One can't "improve" a price fix. One cannot provide insights into how a few good, gray men meeting together once a month can more accurately determine the fate of multi-trillion-dollar economies.

When the Fed first began to function at the beginning of the 20th century, the idea was that the Fed actions would never be revealed, nor even its collective "thoughts." The idea was that if people knew what the Fed was doing, the market's independence would be compromised, and investor biases would be imparted.

Of course, this was ludicrous. The very creation of the Fed eroded price-discovery. And it didn't take long before those running the Fed – without significant oversight – began to break laws. The biggest law they apparently broke was the one that linked the Fed notes to a certain underlying volume of gold.

During the Roaring Twenties, Fed printing presses went into overdrive. The Fed printed so many notes they created a terrible asset boom that ended in a horrible crash. Of course, this may not have been widely known at the time, as no one was reporting on the Fed and no one was providing any public transparency.

G. Edward Griffin has speculated that the Fed printed as much currency as it did, and broke the law besides, because the idea was to debase the "dollar" against the pound, thus bringing British currency back to the fore as the world's most dominant transaction medium.

The Fed note's debasement didn't much help British currency but it did create the Great Depression and also impelled Roosevelt to create a bank holiday. The bank holiday was likely proclaimed so that people couldn't cash in their paper "money" for gold. Later on, Roosevelt simply outlawed the ownership of gold as part of the larger coverup.

The Fed is not "federal" and it doesn't have "reserves" per se, though it certainly can print money – as it did in 2008-2009 – to prop up what is essentially a bankrupt system … not just in the US but worldwide.

The Fed's functions distort markets; over the past century of its operation, its distortions have grown worse and worse. Today, thanks to the inevitable mismanagement of US currency, much of the West is in the grasp of a continued recession despite the mainstream press's upbeat economic talk.

Let's summarize. We have a Bloomberg article commenting on June Fed notes that seems to indicate that the Fed will continue to reduce its asset buying and thus reduce monetary inflation. The Bloomberg article also states that the Fed notes can be construed too literally and that the economy actually isn't that healthy if you watch wages, which don't indicate any signs of an inflationary wage-price cycle.

The Fed seems mildly hawkish in its June notes even though Yellen, who indicated recently that she doesn't intend to tighten rates in response to asset bubbles, seems hyper-dovish.

Shock: Markets to the Moon … As Yellen Prepares for the Biggest Stock Crash Ever

What a mess this is! The idea not long ago was that the Fed, like the Bank of England, would provide more transparent "forward guidance." Instead, as we can see from THIS analysis, confusion over Fed actions and potential actions is rife. It is a toss-up as to whether some of this is purposeful or simply the result of general incompetence and confusion.

Again, it really doesn't matter. Nothing can fix this system. It is one, in our view, that is run for purposes of degrading economies, bankrupting them and then further centralizing the ruins that remain. The Fed in this sense fulfills its destructive purpose by concentrating more and more power and money in the hands of fewer and fewer individuals.

Trying to make this system "better" is not really a viable option. No economic system that fixes prices so broadly and badly can be improved. Articles and editorials that provide advice to the contrary are simply confusing the issue, perhaps purposefully so.