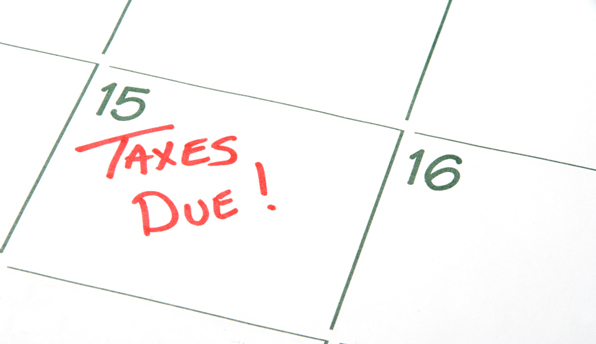 STAFF NEWS & ANALYSIS
In Defense of a Progressive Tax System … Not
By Staff News & Analysis - April 16, 2014

The lost promise of progressive taxes … By midnight on April 15, roughly 140 million Americans will have filed their federal income tax returns and breathed a sigh of relief. Politicians from both parties, however, will spend most of the day criticizing our current tax system. – Reuters

Dominant Social Theme: Tax everyone according to his ability to pay.

Free-Market Analysis: This Reuters editorial makes the case that progressive tax systems are good and that the "wealthy" among us ought to pay "their fair share."

The editorial also makes the point that progressivism generally seems not very popular anymore and that progressive tax ideas are worth defending and expanding.

… Progressives a century ago, like their liberal counterparts today, believed citizens owed a debt to society in relation to their "ability to pay." This curt yet crucial phrase captured the idea that people who had greater economic power also had a greater social obligation to contribute to the public good – to contribute not just proportionally but also progressively more.

Influential thinkers and political leaders – including Francis A. Walker, president of the Massachusetts Institute of Technology, and William Jennings Bryan, three-time Democratic presidential nominee – used the term "ability to pay" to illustrate the widening circle of social responsibilities in a modern society.

The Progressive Era was, after all, a time when the social dimensions of American democracy were paramount. "The identification with the common lot," as the influential social reformer Jane Addams noted, was "the essential idea of democracy."

Creating a new tax regime based on the ability to pay had significant consequences. Not only did it provide sorely needed revenue while addressing growing inequality, it also fostered greater social solidarity and bolstered faith in government – a lesson lost on many lawmakers today.

Progressive Era politicians knew that adopting graduated taxes to counterbalance the existing regressive tariff and excise tax was one way to show that all Americans were contributing to the greater collective good. Graduated taxes reflected the importance of shared sacrifice.

Reformers believed progressive taxes could be used to reconfigure the relationship between citizens and the state to renegotiate a new social contract and forge a new sense of fiscal citizenship. Activists also contended that a lawmaker's duty, as part of this new social contract, was to ensure that the tax burden would be shared fairly by all Americans.

If policymakers held up their end of the bargain, reformers argued, citizens would come to trust, even welcome, the growing powers of the modern state. Americans would come to see how the public sector could enhance their private lives, creating the basis for economic development and prosperity, while also providing assistance in times of stress and crisis.

They would view government not as an enemy, but as an ethical agency "whose positive aid," Richard T. Ely, the progressive economist, explained, "is an indispensable condition of human progress." This tax day it may be useful to reflect on how an earlier generation of bipartisan reformers and lawmakers responded to a similar set of concerns – by creating the foundations for and the promise of a more progressive fiscal order.

The crucial point of this editorial is toward the end, where the statement is made that progressive taxation was intended to create a picture of the government as an "ethical" agency providing "positive aid" to society's have-nots.

Progressives wanted to position government as an "indispensible condition of human progress." The editorial wants to remind us that such concerns generated the "foundations of a more progressive fiscal order." While all this sounds fairly high-minded, it is hard to observe today's tax system in the West and especially in the US and believe that it contributes to making society a better place.

Tax regimes install fear, first of all, and thus even if one pays his or her taxes, the fear of an audit still exists. The power to tax is certainly the power to destroy.

Modern progressive tax regimes are not capped. In places like France, the top end continues to rise and finally you end up with absurdities in which the most wealthy face taxes of up to 75 percent or more.

Progressive taxation sounds "fair" but because of the variance of tax regimes around the world, some wealthy individuals and corporations benefit from extraordinary loopholes that others cannot gain access to.

Under many progressive tax regimes, it is the middle class that bears the brunt of taxation. The very wealthy effectively lobby for relief; the poorer classes pay little or no tax.

Governments have a propensity to spend whatever revenues are acquired. Thus, progressive taxation, which generates enormous tax revenues, will eventually prove insufficient.

The more taxation there is, the more products and services the government itself manages and marshals. Eventually, governments run the risk of crowding out the private sector entirely in certain arenas.

In the modern central banking era, it is questionable as to whether governments even need to collect taxes, as monopoly money printing itself may cover any necessary expenses.

Government spending often suffers from a lack of follow-through. It is feasible to build "big box" projects, but often the revenues to keep those projects running is lacking. This is the reason why government-built infrastructure so often runs down.

The progressive era of taxation in the US and throughout the West was successful in installing progressive taxation. But success in creating a system does not guarantee that system is necessary or efficient.

By not mentioning any of these issues, and by not examining some modern scholarship regarding progressive taxation in the US – including whether progressive taxation was lawfully introduced and enforced – the article may be seen as providing more questions than answers.

There is a kind of history developed and presented in this article regarding progressive taxation. But someone who has studied the history of Western progressive taxation might conclude that the reasons for such taxation have little to do with any accepted, mainstream historical narrative.

Taxes, in fact, often do not do the job they are supposed to do, nor were they likely developed and applied to achieve the goals that politicians claim for them.

A free-market approach would see the level of taxation drop dramatically and perhaps progressive taxation would be done away with entirely. The Invisible Hand is far more capable of providing goods and services than a bureaucracy, no matter how efficient.