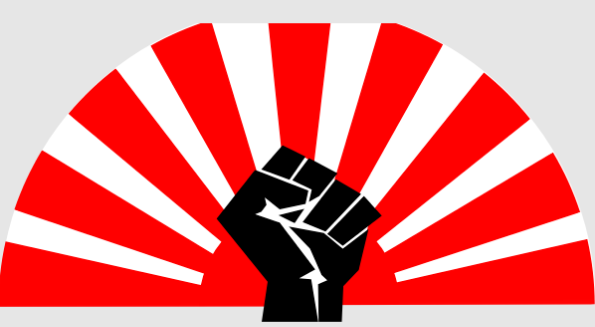 The “white man bad, muh white supremacy” narrative is out of control. It is ultra-simplistic, tribalistic, and panders to the lowest-common-denominator.

MSNBC, Huffington Post et al. would have you believe there’s a racist, misogynistic Klan goon lurking behind every corner, lying in wait under every vehicle, waiting to pounce on his next Person of Color© hate-crime victim. And the “white supremacy” spectre has a special thirst for members of the Asian American and Pacific Islander© (AAPI ©) community.

(Ironically, the acronym alphabet-soup term “AAPI,” the product of diversity-obsessed academics, is itself over-simplistic and prejudicial – some might even say “racist” – as it groups together heterogeneous ethnic identities as disparate as Mongolians and Guamanian into a single category.)

The “racist-whites-beating-Asians-in-the-street” pandemic narrative is now ubiquitous. It just one in a rolling list of Social Justice© “current things”–essentially the follow-up to Russiagate and the predecessor to the Jan. 6th “insurrection against democracy.”

Without necessarily diving into statistics, the “white supremacy anti-Asian” crisis of the corporate media should arouse the audience’s suspicion.

But because beating dead horses is what must be done, we offer statistics disproving the Big Lie anyway. Documenting the media’s unending deceptions so as to fully discredit them and ensure no one ever trusts them again has utility.

And, again, according to the US DOJ’s 2020 Hate Crime Statistics:

Blacks, again, make up 14% of the total population, which would mean they were vastly overrepresented as a percentage of hate crime perpetrators.

On the other hand, whites, again, account for 58% of the total population, which means they were underrepresented as a percentage of hate crime perpetrators.

Let’s take a look at some anecdotal accounts:

Pro-tip on corporate media literacy: you can ascertain for certain whether the assailants were white or not immediately from the headline.

If they were white, the headlines above would have read “video shows white men hold down and beat Asian man” or something to that effect that highlighted the race of the perpetrator. Because they were People of Color©, in each of those cases the headlines leave out the racial identity of the attackers.

Contrast that treatment of the perpetrator to the lone publicized instance of white-on-Asian crime in recent history – the Atlanta-area spa shooting.

Of course, the left never lets obvious facts derail the chosen narrative. If the left corporate media has one strength, it’s sticking to the script.

Even when the corporate media admits that blacks disproportionately target Asians in racially motivated attacks, contorting themselves into unimaginable logical pretzels, they blame, drumroll… “white supremacy”!

“Amid the disturbing rise in attacks… Black people are also attacking Asian Americans…  anti-Asian racism has the same source as anti-Black racism: white supremacy. So when a Black person attacks an Asian person, the encounter is fueled perhaps by racism, but very specifically by white supremacy. White supremacy does not require a white person to perpetuate it.“

The big problem the Social Justice© corporate state has on its hands is that Asians largely invalidate the “white supremacy” Persons of Color© victimhood narrative. Their uniquely American success story contradicts and refutes it.

Asians – except for a tiny fringe of academics — don’t participate in the oppression Olympics. Marxist-influenced victimhood narratives don’t jibe with the Asian cultural predisposition to accept social hierarchies and adjust their personal behavior to conform to them.

Once, in 2009, during a state school sociology course  – which, as a 20-year-old undergraduate, I hadn’t yet realized was more ideological indoctrination than education – one of the modules covered was titled the “model minority myth.”

The thesis was that the evil whites laud Asians as false “model minorities” to use them as weapons against other “marginalized” communities such as African-Americans — as if to ask, “If they can, why can’t you?”

Americans of Asian descent have higher education levels, lower incarceration rates, higher incomes, lower violent crime rates, and a myriad other markers of economic and social “success” – not only compared to other minority racial groups, but also compared to the historically dominant whites.

The reality – which anyone who has lived outside of the West knows through personal experience – is that modern Western civilization is literally the least racist in the history of the world. This is true both culturally and in terms of the structural legal framework that directly outlaws racial discrimination.

In other words, it’s the closest manifestation to MLK’s dream anywhere in the world.

So, then, it’s no wonder the identity-obsessed, collectivist left wants the West destroyed from within, by undermining all the sociopolitical and philosophical foundations that built it through centuries of struggle.

True racial equality, after all, would render their gravy train obsolete, in the same way a prison union would never approve of marijuana decriminalization. The race hustle would be lost and corporate-sponsored, faux-radical millionaire race hustlers like Ibram X. Kendi would have to invent a new scam. Or get a respectable job.