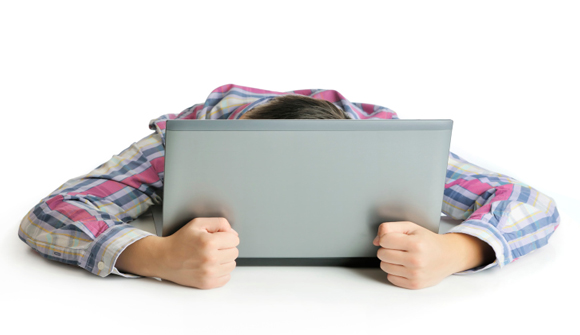 Florida medical pot law misses deadline, nearly a year behind … Almost a year-and-a-half since Gov. Rick Scott and state lawmakers legalized a form of medical marijuana, the latest deadline for making it available to Floridians has gone up in smoke. Again. – MyPalmBeachPost

Dominant Social Theme: Say, it seems like there's a lot of pushback against any kind of cannabis legalization.

Free-Market Analysis: The article excerpted here focuses on the difficulties in bringing a particular form of medicinal cannabis to market in Florida. But there is good news here as well for those who want to see the end of cannabis prohibition. Region by region, state by state, city by city, cannabis legalization continues to advance. That's not just in the US but around the world.

Cancer patients, as well as those suffering seizures as Pence's daughter does, were supposed to be able to obtain a non-euphoric marijuana oil dubbed Charlotte's Web beginning Jan. 1, 2015. But crafting regulations for a new Florida marijuana industry has stalled the introduction. Activists are frustrated, new legislative proposals are in play, and another effort to ask voters to approve full-blown marijuana for medical use is underway and aimed at next November's presidential ballot in Florida.

"Every week that goes by that this substance is not in the hands of these suffering families is one week too long," said Sen. Rob Bradley, R-Fleming Island, a sponsor of last year's Charlotte's Web bill. "I continue to be very, very frustrated."

We can see from this reporting that while there is frustration, proponents continue to be active. Thus the pressure increases to bring cannabis products to market.

It is even a good sign that senators like Rob Bradley feel free to express their frustration about what has gone wrong. Politicians are not noted for taking controversial stands. Bradley apparently feels comfortable enough on this issue to express himself clearly.

True, Charlotte's Web oil is not yet being produced in the state, but the Florida Department of Health is reportedly "finally close to selecting five nurseries that are going to grow, process and dispense" the oil that is at the center of the delays. (Still, it may be until some time in 2016 before the oil is available to patients, reports the Post.)

It's also true that a bid to legalize cannabis in 2014 drew 58 percent support, and thus fell two percent short of the 60 percent that was necessary to approve the constitutional amendment. But now supporters are making another bid. The Florida Supreme Court will hear arguments in December regarding the 2016 initiative's language.

An article posted over at LewRockwell.com entitled, "Isn't It Funny?" by Laurence M. Vance deals with the ins and outs of the Florida situation as it regards cannabis.

The Florida Supreme Court recently set a date of December 8 to hear oral arguments on a new proposed medical marijuana amendment … The political committee "People United for Medical Marijuana" is spearheading the effort to get the marijuana initiative on the 2016 ballot. It needs to submit over 683,000 valid petition signatures by February to get it on the ballot.

Proponents of the amendment are counting on the probable increased turnout of young voters—because 2016 is a presidential election year—to help pass the measure. This is all well and good, since anyone in Florida ought to be able to take whatever medication he thinks will relieve his pain or improve his condition.

But much of Vance's article focuses on the logical contradictions of opponents to cannabis decriminalization and legalization – many of whom, in Vance's view, are "conservative."

He writes he has heard "grumblings" from conservatives in Florida regarding possible cannabis legalization. According to these grumblings, cannabis is a "gateway drug," has no medial value, and users simply want to "get high."

He rebuts this grumbling by listing the ways that such attacks on cannabis are illogical. "Isn't if funny?" he asks.

Isn't it funny how few of these conservatives know that all drugs used to be legal in the United States?

Isn't it funny how few of these conservatives know that medical marijuana is already legal in 25 states and the District of Columbia.

Isn't it funny how few of these conservatives know that smoking marijuana is less hazardous than smoking tobacco, which kills over 400,000 Americans every year.

Vance concludes the article by writing, "It is beyond funny. It is tragic. People's lives and livelihoods are at stake. In a free society any resident of Florida or any other state should be able to [use] marijuana in any form and in any amount, not just for medical purposes, but for any purpose."

Judging by the amount of pro-legalization activity going on in Florida (and in so many other states and countries), many share Vance's perspective.

Here at The Daily Bell, we've been covering the cannabis trend toward legalization from the very beginning. We understood its significance and believed in the success of the movement. Lately, editor Anthony Wile has been urging investors to have patience regarding the industry, which may change its profile dramatically over time. You can read a recent editorial of his in Canada's Globe and Mail here.

But the trend will advance. Too many support it now and see its economic benefits. And many of the pro-prohibition arguments, as Vance points out, are increasingly "funny."

Not every cannabis product is a good one and not every legislative initiative succeeds. But the point of this article is that even considering setbacks there is a quickening groundswell of support to make cannabis generally available. These arguments no doubt shall build to a crescendo next April when the UN hosts its global UNGASS conference on refocusing the world's strategy on drugs. We'll continue to keep up with the latest on this extremely powerful and potentially profitable trend and keep our readers informed.