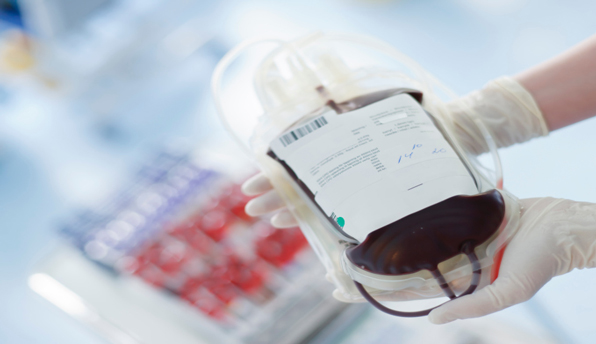 There's No Defense for Today's Income Inequality … Our political discourse today is riven by the issue of inequality. Some commentators embrace inequality as an inevitable byproduct of free markets. Others say inequality is greatly overstated. Both claims are harmful and deceptive … Americans simply do not have equal opportunities. This is more than an ethical or social issue: Underinvestment in human capital leads to lower productivity, which is to say, lower national income. Comparative data show that the U.S. offers less social and economic mobility than do many of its peer countries — a startling rebuke to the mythology of America as the land of opportunity. – Bloomberg Opinion

Dominant Social Theme: Government will have to help close the income inequality gap.

Free-Market Analysis: This Bloomberg article states flatly that US income disparities are a growing problem that badly needs to be addressed.

You would think with the wars, disease and starvation in the world that there would be more to write about than the climbing wealth of the richest one percent, but apparently not. This state of affairs is obviously preoccupying a number of intelligent people, among them the author of this editorial, Edward D. Kleinbard.

Kleinbard is the author of an upcoming book on this topic entitled, We Are Better Than This: How Government Should Spend Our Money, soon to be published by Oxford University Press. He is also a professor of law and a fellow at The Century Foundation, one of the US's oldest, progressive think tanks, the trustees of which have included (according to the Foundation's own literature) liberal luminaries such as "Theodore Sorensen, Arthur Schlesinger Jr., John Kenneth Galbraith, Justice Robert Jackson and J. Robert Oppenheimer."

But let's back up … We've been tracking this income inequality meme ever since it exploded with the publication of French economist Thomas Piketty's income disparity blockbuster Capital in the 21st Century. In a recent editorial, we focused on this dominant social theme and concluded that such promotions are in fact "evil," given their intention to "divide and conquer."

We wrote, "The globalist elites behind them are seemingly trying to instigate a kind of neo-French Revolution in order to redirect people's anger away from the true causes of income disparity, which are primarily corporate personhood and monopoly central banking."

Some recent articles of ours on this theme include the following,

You can see that the income inequality meme has exploded, finding purchase in numerous high-end publications. This seems to be the strategy now. Instead of generating a populist movement like the apparent Soros-controlled Occupy Wall Street, those behind the promotion intend to position it as a movement that has the support of what's left of the progressive intelligentsia.

This seeming change of strategy, apparently necessitated by OWS's relative failure as a populist movement, is potentially aimed at creating a groundswell of support that could justify the passage of legislation. We haven't noticed that yet, but perhaps we will, and likely sooner rather than later. Here's more:

Defenders of inequality begin with an incontrovertible fact: Free markets rely on inequality. It inspires those who have less to work harder. But this doesn't explain why inequality was much lower a generation ago. In 1979, chief executive officer pay was 29 times higher than the typical worker's; in 2011, it was 231 times higher. Nor does it tell us how much inequality is enough.

… What defense can be mounted, not to inequality in general, but to current levels of inequality? N. Gregory Mankiw, a well-known economist and the author of popular economics textbooks, took on this challenge. In his paper, "Defending the One Percent," Mankiw doesn't dispute the surge in inequality. Instead, he explains it as a consequence of globalization and rising demand for highly educated and exceptionally talented individuals in the digital economy.

Mankiw offers the example of the late Steve Jobs of Apple Inc., who created tremendous value for customers and shareholders — and became very rich in the process. There is certainly a grain of truth in this. The trouble is that there are more than 1.5 million Americans in the top 1 percent — too many for this explanation to be convincing. Most are finance types, lawyers, doctors, and second- and third-tier business executives, not Steve Jobs clones. By definition, all the CEOs of the Fortune 500 put together are only 500 strong. What are the other 1.4995 million doing?

If technology and globalization explain the surge in U.S. inequality, one would expect to see similar rates of inequality growth elsewhere. Instead, one sees much more modulated growth.

… Inequality defenders like Mankiw also ignore the role of sheer luck in market outcomes, and of family money in determining success. However obtained, wealth can profitably be plowed into investments in one's children. A moderately able child can be coached, prodded, cajoled and bribed all the way into a top tier university, then introduced to her affluent parents' circle of friends in order to find a first job.

It is now apparent that vast fortunes can also buy special relationships and privileges with government, which further act to turn today's great fortunes into dynasties.

By the same token, Mankiw also overlooks the magnitude of the handicaps that poverty imposes. The poor are not just like us, only with less stuff. At every turn, poverty erodes cognitive ability, the physical and mental development that comes from adequate nutrition, and equality of educational opportunity.

Defenders of the status quo have no answer to why the U.S. is an outlier in the rate at which income inequality has grown. There is something about the U.S. that is unique, and it's not its markets, which are largely indistinguishable from those of other countries. No, it's the comparatively parsimonious investments the U.S. makes in its citizens.

It's really incredible that an intelligent person could ask "why the U.S. is an outlier in the rate at which income inequality as grown," and then conclude the reason was because the US government didn't spend enough on the poor! Hasn't Kleinbard noticed the problems that Europe's over-spending governments are facing?

The US has income disparities, as we pointed out above, because of judicial and political decisions that enforce monopoly central banking and corporate personhood. In fact, the current application of this meme doesn't strike us as very well thought-out.

These manipulated movements need a populist "buy-in." Ordinarily, one starts with the intelligentsia and then begins to cultivate a populist fringe, thus making it appear that the movement is legitimate – having been spawned by "intellectuals" before spreading to the masses.

Yet, these days the power elite – increasingly exposed by the Internet – seems impatient when it comes to patiently building the dominant social themes necessary to generate the appropriate manifestation of directed history. OWS seems a classic case of this.

Have top globalists decided they need to build their faux sociopolitical movement the old fashioned way? Perhaps so, at least to a degree. Just as they apparently financed communist argumentation before funding the actual event, so those involved with this modern theme are now laying the groundwork via a broad spectrum of "house" intellectuals.

OWS failed as a social movement in large part because people saw through its misdirection. The same thing is happening with global warming/climate change. We predicted this would be the case, thanks to what we call the Internet Reformation, and those who disapprove of elite manipulations should be heartened by the evident failure of these memes.

However, we seem to be treading on dangerous ground now: When it comes to this "economic inequality meme," frustrated internationalists may have decided to dispense with populist approbation in order to simply make a case for leveraging government force without the appropriate "buy-in." This is surely a recipe for tremendous social discord, aimed not at the victims that elites want targeted but at elites themselves, or at least the mechanisms of elite control.

Perhaps this is indeed the current plan … to generate as much anger and chaos as possible in order to justify authoritarian regimes that can mandate increased globalist policies.

We'll continue to follow the implementation of this most important meme, or lack thereof. It is perfectly possible that the "Wall Street Party" theme we've been reporting on is supposed to reinforce "income inequality" and thus lend credibility to an otherwise failing promotion.

It is heartening to see that creating populist movements in the teeth of the Internet's debunking seems not to be working well. But for reasons related above, the possibility of what comes next could be worrisome.