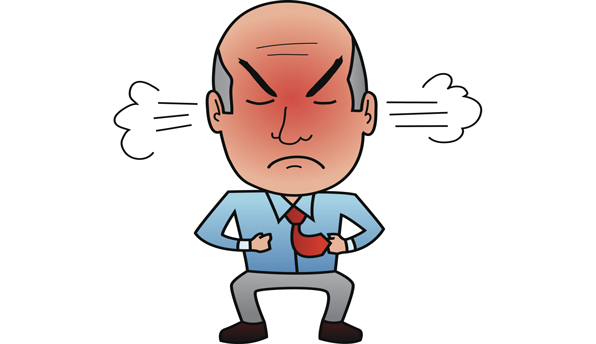 Why Voters Aren't Angrier About Economic Inequality … Why don't governments in democratic societies do more to combat income inequality? Scholars have grappled with this question for years. The median voter theory, a longstanding workhorse of political science, predicts that politicians hoping to get elected will seek to close a growing income gap to woo the big bulk of voters in the middle who feel left behind by the fortunate few. Yet elegant as it is, this idea doesn't quite mesh with reality. – New York Times

Dominant Social Theme: People just don't understand how much they're being taken advantage of.

Free-Market Analysis: Boy, this is a patronizing story from the New York Times. It basically says that people are stupid and they should be rioting in the streets over "income disparity." They just don't know it yet!

We're well aware of this meme, and have written about it a lot. Here are some analyses:

We've focused on this because we believe these kinds of promotions are truly, well … evil. The globalist elites behind them are seemingly trying to instigate a kind of neo-French Revolution in order to redirect people's anger away from the true causes of income disparity, which are primarily corporate personhood and monopoly central banking.

Both of these facilities provide top power brokers with more economic, sociopolitical and military power than has probably ever been accrued in the history of the world. But thanks to what we call the Internet Reformation – and the education that it's given people about the Way the World Really Works – this particular societal promotion is running into headwinds.

One setback was the relative failure of Occupy Wall Street, an apparently George Soros-backed operation. Occupy Wall Street asked people to focus their ire on the "one percent" – though the problem of wealth concentration has absolutely nothing to do with one percent of the US population, let alone the population of the West and the world.

Concentrations of power are surely far more limited than that and are wielded by far fewer people, from what we can tell. Perhaps OWS would have succeeded were this the 20th century, but the pushback against OWS's simplistic paradigm was extraordinary. OWS foundered; the power elite is still trying to pick up the pieces.

Those behind these promotions have turned to a more strategic media campaign, which of late has featured prominent articles about income disparity in high-trafficked, center-left publications (see links above). The latest one would seem to be this article in the New York Times, and inadvertently or not, it seems to exhibit a surprising level of frustration.

Evidently, nobody has a clue: In every one of the 26 nations, most of them in the developed world, for which they collected data, people believe that the income gap is smaller than it really is. And using perceived rather than actual inequality, the median voter theory works much better: Where people believe inequality is worse, governments tend to redistribute more. "If citizen-voters see an issue, politics has to respond – even if there is no issue," they concluded.

"Conversely, if a real problem is not salient with voters, it will probably not be pursued forcefully." This could go some distance toward explaining the American experience. People in the United States not only tolerate one of the widest income gaps in the developed world, but its government also ranks among the stingiest in terms of efforts at redressing the imbalance.

… Much is made of Americans' particular ideological bent. Many, rich and poor, distrust government. They support free-market capitalism and tend to view the distribution of the nation's economic fruits as roughly fair. Would Americans demand more Robin Hood policies if they understood the depth of inequity?

Research by economists at Harvard and the Universidad Nacional de Las Plata in Argentina found that Argentines who had overestimated their rank on the national income scale demanded more redistribution when they were confronted with the truth.

When Dan Ariely of Duke and Michael Norton of Harvard Business School asked an online panel to build a "Better America," respondents proposed ideal distributions of wealth that were much more equitable than what they thought was reality. And, of course, reality is much more unequal than they thought.

One can almost see the wheels turning in this article …

Hmm … so people in the US simply don't understand how badly skewed wealth distribution is! And research shows that when people DO understand, they tend to get upset. Really upset. That's good!

Not so fast. We can say with some certainty that changing fundamental US culture – at least in the red states – is a multi-generational task. Progressive forces haven't even been able to implement gun control, let alone turn hard-working US citizens into a kind of resentful French peasantry.

The US has always been about opportunity, even unlimited opportunity. Even now, people for the most part don't look enthusiastically to government handouts to make up for the other guy's good fortune. People will still prefer – many of them – to generate wealth rather than take it from an "oppressor class." But this is not something pleasing to the internationalists that want an ever-closer and more global human ecosystem.

And so … The alternative strategy, from what we can tell, is to change the cultural context of the US via massive immigration and open borders. There are surely those who hope an influx of Mexicans will vitiate US entrepreneurship and help usher in an age of class warfare, resentment and bloodshed.

Our view, however, is those that come to the US do not come with the idea of imposing their cultures – often authoritarian ones – on US society. They come looking to adapt and grow WITHIN the social context they have heard so much about.

So it is with many who come from Mexico into the US. They aren't looking for a handout but for employment and even entrepreneurial opportunities. Those progressives and globalists who hope for something else may be as disappointed with this strategy as with the OWS gambit. There is something in the human heart that yearns for freedom, and the US has represented an opportunity to participate in such freedom for several centuries.

The New York Times is having a temper tantrum over this fundamental trope. Sorry. The US is not 17th century France, not even now. In fact, such strategizing may only generate additional calls for real structural reform that would rein in central banking, delegitimize the Anglosphere's titanic multinationals and reduce the size of Leviathan significantly.

The 21st century is not the 20th. The Internet Reformation is a process not an episode. Those trying to whip up class resentment in the US are probably on the wrong track, from a historical standpoint anyway …