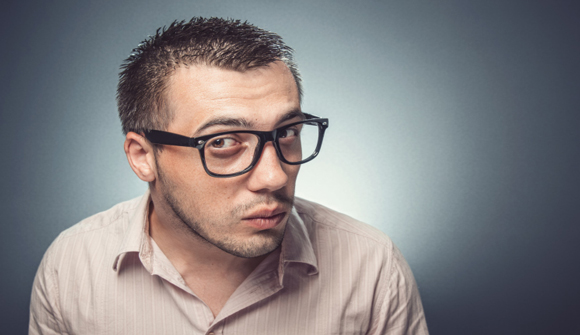 Why Central Bank Independence Matters … In India, the independence of the Reserve Bank of India (RBI) and its respected governor, Professor Raghuram Rajan, was recently perceived to be under threat when the Indian government proposed through its Ministry of Finance that its nominees should form the majority in a new, formal Monetary Policy Committee of the RBI. Domestic and international concern about what was seen as an attempt to subordinate the decision-making process of the Indian reserve bank to political interference quickly mounted. The matter was ultimately resolved with agreement on the establishment of a committee with equal representation from the RBI and the Indian government, but with the RBI governor to have a deciding vote in case of a deadlock. This ensures, of course, that the ultimate judgment on Indian monetary policy still rests with the country’s reserve bank. –ThisDayLive

Dominant Social Theme: Central banks – just leave them alone to do their good.

Free-Market Analysis: This article, appearing in Nigeria’s biggest newspaper, is by Professor Moghalu, a former Deputy Governor of the Central Bank of Nigeria.

When we read part of his bio, we were about to write that individuals in countries perceived as “developing” often are the most didactic when it comes to defending various Western institutions.

But then we came to this: “Professor Moghalu teaches International Business and Public Policy and is a Senior Fellow in the Council on Emerging Market Enterprises at The Fletcher School of Law and Diplomacy at Tufts University in Boston, USA.”

So it is obvious that Mr. Moghalu has a broad array of international contacts. Within this context, one might expect a slightly less fulsome article, yes?

Every nation has what I like to call the “guardians of the flame”. These are the institutions that give backbone to statehood because they are the instruments through which a nation-state assures its sovereignty, security, governance, and basic economic life.

The president or Head of Government, the parliament that makes the laws, the judiciary, the armed forces, the intelligence and security services, the police, and the central or reserve bank which issues and manages the legal tender currency, otherwise referred to as “fiat money” in economic jargon.

Although all institutions matter, the list of “the guardians”, the indispensable and irreplaceable ones, is essentially a very short one. Since the global financial crisis of 2007/2008 and its aftermath, when central banks saved the global economy from complete collapse through strong, concerted though belated action, their profile as guardians in national and global economies has become even sharper.

Sorry, but after reading this we’re almost tempted to ask whether the professor is on some sort of controlled substance. He really believes this stuff? Is Nigeria’s president – formerly Goodluck Jonathan – a “guardian of the flame”? How about in the West … Obama? Blair? Clinton? These are “illuminated ones”?

Even his peers are admitting to doubts about the system. And the mainstream media along with certain high profile financiers have begun to ask whether central banks can actually stimulate significant growth using Keynesian formulas. (See below for more.)

Keepers of the flame? He really believes that central bankers guard the holy of holies? That they are not subject to the same corruptions and temptations as other men?

The article is chock full of what we call memes. It is in our view a cascade of fatuity and ill-digested received “wisdom.” Central banks “saved” the global economy? Accept this dubious statement … then ask at this point – this very point! – was the global economy worth saving?

Moghalu is seemingly a Keynesian “Kool-Aid” drinker of the most stubborn kind. Reading this article is to enter into a kind of editorial black hole. Absolutely no light is shed. Not a single statement that we haven’t read a thousand – ten thousand – times before. It is one long cliché.

Because on the whole we try to criticize concepts rather than people, let us add for the record that Professor Moghalu seems an erudite and successful man. And the article for all its complacent quietude is well written. On the other hand, questioning the status quo, even an iota of it, is obviously something he is not prepared to do.

Contrast the professor’s perspective with that of an article that is causing a bit of a stir and has been picked up by numerous outlets including Zero Hedge and Gold Seek.

Since that time the Bank of Japan has implemented QE programs equal to over 50% of Japan’s GDP. This includes its “Shock and Awe” program launched in April 2014: the single largest QE program in history, equal to over 25% of Japan’s GDP. Suffice to say, Japan and its Central Bankers know more about QE than anyone else in the world. Which is why what happened last week was absolutely incredible.

Yes, indeed, Summers has noticed something significant. Central bankers are beginning to lose their arrogance. At the very top, of course, the people who have built the system never believed in it. Or rather they believed in its inordinate capacity to create chaos.

But for the rank and file, those who implemented the wretched price fixing that passes for “monetary policy,” central banking was supposed to work. Or at least it was the “best worst” system that could be contemplated.

But now things have gotten so bad that the top rank-and-file is publicly expressing their doubts. Perhaps they are sincere or perhaps they simply want to be “on the record” before the deluge overwhelms them.

Here’s how Summers sums up:

Today, Central Bankers have engaged in ZIRP and NIRP for years. And they’ve also spent over $14 trillion in QE. And one of them has just admitted he’s virtually out of options… right as the financial system begins to crack under the weight of a debt bubble that is now $20 trillion larger than it was in 2008.

Amen, brother. Way back in 2009, we predicted the unraveling of modern central banking. That was when we saw that the bankers who created the disaster of 2008 had absolutely no idea of how to defend themselves and no public relations plan to deflect public anger.

They still don’t. It’s not in their DNA. Central banking arrived by stealth and sooner or later will slither out on its belly the way it came in.

Yes, central banking in its modern form is finished. Editorialists like Moghalu aside, there are fewer and fewer who can (or will) step forward to make a confident defense of what cannot be defended.

Conclusion: Summers ends like this: “Another Crisis is coming. Smart investors are preparing now.” ‘Nuff said.