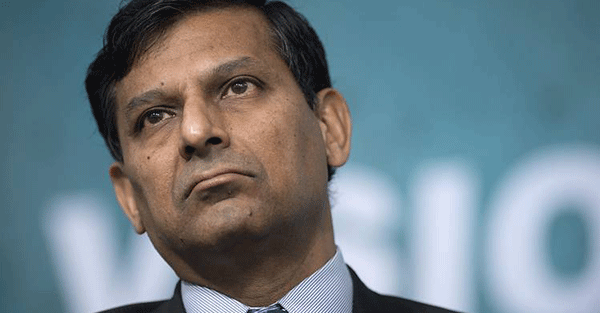 El-Erian: Raghuram Rajan’s departure is bad news, and not just for India … Saturday’s announcement that Raghuram Rajan would not serve a second term as governor of the Reserve Bank of India, the country’s central bank, is bad news. -Yahoo

It is bad news, according to Yahoo, because the next central banker in charge of the central bank of India will print more money than Rajan did.

Of course, central banks ultimately ruin the economies they are supposedly trying “guide.”

But this Yahoo article is typical of central banking coverage.

There are either “good” central bankers or bad one. Central banking itself is simply a given. It exists like sky, earth or water.

It is the central banker himself who can make the difference.

Rajan received a lot of publicity because he was a supposed “good” central banker who didn’t debase the currency as quickly as some others.

Rajan brought to the RBI job an admirable mix of talent, academic rigor and courage – as well as profound experience from his time at the International Monetary Fund. Under his leadership, the central bank restored India’s macroeconomic stability, a critical condition for high inclusive growth.

This a typical mainstream media text presenting a certain kind of central banker. The idea is that one man in the correct position can influence the prosperity of a billion individuals.

In Rajan’s case, his determination not to overprint money generated “higher inflows of foreign direct investment,” because of the importance that investors “place on institutional soundness.”

As a result, he apparently decided he’d had enough and would return to teaching.

What this tells us about India is that the next head of central banking will likely be printing a good deal more than Rajan.

This will only add to the money printing already taking place around the world.

China, Japan, Europe and the US are involved in varying stages of monetary easing.

And now India will print more aggressively as well.

This contributes to the “stagflation” that we have noted is becoming more and more prevalent.

It is a repeat of the 1970s and involves higher levels of circulating “money” and sputtering mainstream employment.

The solution to this gathering storm, as we have pointed out, has to do with acquiring interests in tangible assets.

Here at The Daily Bell, we just introduced a junior mining sponsor, our first ever: a Vancouver-based explorer with promising projects in Argentina.

The company is Golden Arrow and the CEO Joe Grosso. You can see an interview we did with him HERE.

Golden Arrow is partnered with a well-known mining firm Silver Standard in exploiting what could be a major silver discovery.

Conclusion: Miners are likely still cheap, relatively speaking, and silver has a long way to travel to reach parity with its historical ratio. Whether you are invested in juniors or not, silver should be considered for at least a modest part of your portfolio along with gold.