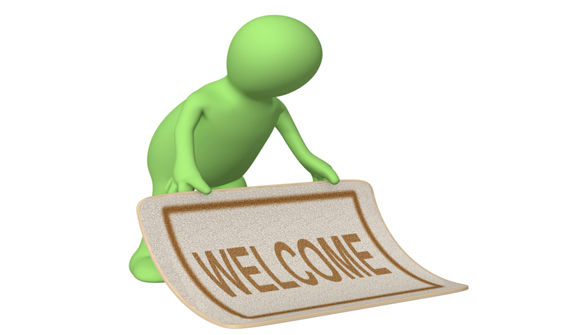 Dominant Social Theme: Once information technology has centralized every corporate and municipal function, you'll feel a great sense of relief.

Free-Market Analysis: We've tracked this emergent meme a number of times. You can see one of our articles here:

Gradually you realize that by keeping the definition amorphous the concept [of the Smart City] becomes a weapon that can be used against the middle classes that wish to adopt it and support it. By branding most middle class lifestyles unsustainable, the top power elites can weaken society until it is more malleable and controllable. This makes global governance easier to accomplish.

Smart Cities are a further elaboration on this theme. Cars can be restricted, homes monitored for power, video cameras installed throughout public and private facilities. Monitoring of people can be accomplished in a variety of ways. The entire municipality can be further controlled and scrutinized under the justification that is being made "smarter."

It is no coincidence that the Smart City concept has been launched in places like Africa and India that are less apt to resist Western concepts. The average Westerner might feel a bit queasy at the idea that every part of his or her life was stitched into a larger electronic grid – and that grid was in part controlled by corporate entities lured to the city with promises of a malleable work force and municipal control.

As we mentioned in the past, India's Prime Minister Modi is a big supporter of Smart Cities and that may have garnered him considerable international support for his political campaigns. Modi helped pioneer the Smart City concept in India.

Indian Prime Minister Narendra Modi says he approves of an ambitious, $1.2 billion investment in "smart cities" with high-tech communications capabilities. The plans include building new cities and retrofitting existing ones for India's rapidly-urbanized population, with private and overseas funding, in addition to government investment.

The key here is "building new cities … with private and overseas funding." The most controversial part of the Smart City concept has to do with corporate funding that turns Smart Cities into corporate environments.

Imagine a city where you are eligible to live partly because you work for one of the city's sponsoring corporations. Now imagine you lose your job. Not only is it likely that you lose your employment and income stream, but it is possible if not probable that you might eventually lose your house or your apartment and almost every other part of your lifestyle as well.

In this context, losing a job is tantamount to being expelled from the municipality itself. Your problems are compounded by the city's integration. Your bank account, corporate account and other financial facilities are all in jeopardy once your employment is terminated – or even if you get into some other kind of trouble.

The main criteria used for the index are economic conditions (smart economy), social interaction between the public and the administration supported by IT (smart society) and the environment (smart environment).

The index will divide cities into five categories. The first stage is "Ad Hoc", given to a city showing no sign of willingness to become a smart city, with a spluttering economy, heavy pollution and high crime rate. The second is "Initiative", when a city has begun to move toward becoming a smart city.

The third is "Scattered" when a city has taken serious action toward becoming a smart city, followed by "Integrative" when action has been integrated. The fifth category is "Smart".

Indonesia has been much in the news of late for its policy of killing drug dealers via firing squads once appeals have been exhausted. One such individual was recently dragged to the place of execution weeping and screaming. There he was hosed down and shot.

Presumably Smart City technology would make such executions more "integrative." This is the problem when one marries technology to government force. There is nothing that guarantees a more efficient city is a more livable or humane one.

Under Mussolini the trains were said to have run on time. But who (outside of Ezra Pound) would have chosen to live in wartime Italy? Even Mussolini eventually wanted to leave – before Hitler dissuaded him.

The Smart City concept is part of a larger technocratic bias. Its promise will likely prove more alluring than its predictably authoritarian implementation.