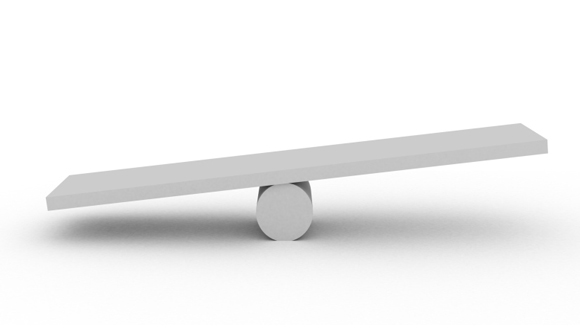 Ambrose Evans-Pritchard: Why Paul Krugman is wrong … Central banks can always create inflation if they try hard enough … He is wrong that you cannot create inflation when interest rates are at the zero bound, says Ambrose Evans-Pritchard … Professor Paul Krugman is the world's most influential commentator on economic issues by a wide margin. – UK Telegraph

Dominant Social Theme: Deflation is coming and it's going to be terrible.

Free-Market Analysis: A recent article of ours made the point that deflation and disinflation are unstable monetary states in an era of central banking.

While we didn't draw precise definitional lines between various kinds of deflation, our point was clear enough: Deflation and disinflation in a monetarist world are a product of asset expansion.

We explained that Eurocrat cries of alarm over EU price deflation were insincere and merely meant to provide justifications for central bank actions that Brussels was not allowed to take. We explained that there were both monetary and price inflation in Europe and that Europe was more likely affected by "stagflation" than disinflation or deflation.

The recent argument between Ambrose Evans-Pritchard and Paul Krugman gives us an opportunity to revisit the issue and expand on why, in a central banking world, disinflation and outright deflation from a monetary and price standpoint are fairly rare events that take place mostly as asset bubbles collapse.

Krugman first. The New York Times columnist recently argued once again that monetary inflation is vastly overrated in terms of its impact. Why is this important? Because Krugman, as a good socialist, wants government to be as proactive as possible.

Money printing as a central economic cure is not enough for him. He wants FDR's New Deal programs re-initiated on an even more expansive basis.

But there is another reason that Krugman downplays money printing and that has to do with the impact of central banks generally. You see … if it doesn't matter how much money a central bank prints, then central banking itself is a fairly unimportant matter. And those who stand behind central banking, control central banking and reap its impossible rewards would like to encourage this concept of Krugman's.

We don't believe this, of course. Those who coordinate central banks around the world and run the Bank for International Settlements are surely among the most powerful people in the world. About 100 years ago there were perhaps five central banks. Now there are around 150, many directly involved in a BIS pan-global structure.

The hundreds and hundreds of trillions printed via BIS-operated central banks have created a situation unheard of in the world. This money has apparently been used to buy control of universities, think tanks, media properties, politicians, governments and military men and armies. The same money is likely to control – secretly – most of the major corporations in the world.

The control is staggering and it's been used to further centralize and internationalize the West's sociopolitical and economic system. So Krugman is arguing a very important point when he says that printing money is at least somewhat irrelevant some of the time. By proxy, he is saying that central banking is not nearly so important as it's made out to be.

And since there doesn't seem either monetary inflation or price inflation after seven years of crisis-response money printing, Krugman is beginning to write columns emphasizing his point of view.

He is brilliant, wide-ranging, readable, and the point of his rapier is very sharp. He correctly predicted and described the Long Slump; though whether he did so entirely for the right reasons is an interesting question.

[Krugman] demolished claims by hard-money totemists that zero rates and quantitative easing would lead to spiraling inflation in a global liquidity trap, as he calls it – or in a China-led world of excess supply and deficient demand, as others would put it.

He correctly scolded those who claimed that rich developed countries with their own sovereign currencies are at risk of a bond market crisis unless they retrench into the downturn, or might go the way of Greece.

… The dispute is over whether central banks can generate inflation even when interest rates are zero. He says they cannot do so, and that it is jejune to float such an outlandish idea. Monetary policies are to all intents and purposes impotent at that point. He goes on to suggest that the historical and global evidence has demonstrated this beyond any possible doubt, and here he ventures into flinty terrain.

… He rebukes me for quoting Tim Congdon from International Monetary Research, specifically for invoking traditional monetary theory to suggest that QE can work even when bond yields are hyper-compressed. The precise quote: "The interest rate is totally irrelevant. What matters is the quantity of money. Large scale money creation is a very powerful weapon and can always create inflation."

Mr Congdon's claim is a self-evident truism. Central banks can always create inflation if they try hard enough. As Milton Friedman said, they can print bundles of notes and drop from them helicopters. The modern variant might be a $100,000 electronic transfer into the bank account of every citizen. That would most assuredly create inflation.

… It is becoming ever clearer that the US and UK recoveries are a serious challenge to the Krugman opus and what I would loosely call (though I have much sympathy for New Keynesian arguments) the doctrine of fiscal primacy. These recoveries should not really be as strong as they are, especially in a depressed world of flat global trade. America has carried out the most drastic fiscal squeeze since demobilization after the Korean War without falling into recession. The economy is growing briskly. The jobless rate is plummeting.

The last paragraph illustrates the sterility of this debate. Despite denials, Evans-Pritchard more and more has adopted a neo-Keynesian point of view in his columns, arguing that monetary stimulation is necessary to keep the world afloat until such time as the "recovery" takes hold more fully.

But there is no "recovery" in the classical sense of the word, nor can there be in a world filled with central banks. If the money were private, if the volume of money were not produced via force, if interest rates were not set metaphorically at the point of a gun, then perhaps one could speak of a recovery. But instead, in this modern world, we can have nothing but varying degrees of asset bubbles.

At the beginning of the business cycle the asset bubbles have been deflated or at least are subject to disinflation, monetarily and even pricewise. But as more money is force-fed into the economy, these bubbles begin to swell again.

The faster they swell, the more commentators and professors begin to speak of a recovery. It is not a recovery. The bubbles are simply advancing.

First bank coffers swell and then the money leaks into multinational pockets and into stock markets, mostly. Marts travel up, and the wealthy and upper middle classes begin to leverage the wealth effect. High-end homes, yachts, expensive cars and the like begin to sell more quickly. The "recovery" is underway.

Eventually the recovery reaches the middle classes. Factories gear up, wages rise, the "recovery" is proclaimed a success. But actually, such a recovery is merely a way-station to a further disaster because the asset bubbles will continue to swell until they burst. At which point we will once again, as before, have a conversation about deflation and disinflation.

We should try to be fair, of course. Evans-Pritchard is in a sense correct about deflation. As we wrote before it is very hard to have real, long-lasting deflation in a modern, central bank economy where the printing presses are always churning out currency.

What SEEMS like deflation or disinflation is mostly the collapse of bubbles that were stuffed by previously printed currency.

Krugman is wrong. When you have central banks you almost always have unrestrained money printing. Central banks cannot know how much money is enough because there are no forward looking indices, as Alan Greenspan himself admitted during his tenure.

And so central bankers print too much. If economies subside catastrophically, it is not because of deflation or disinflation but because of monetary INFLATION to begin with.

Deflation is NOT the main problem by any means. Central banks are the problem. People like Krugman want to draw our attention away from the real issue. In this case, Evans-Pritchard has done us a favor by drawing our attention back to it.

The trouble with Evans-Pritchard is that he then goes on to make the argument that central bank inflating is a kind of Keynesian good. But monopoly money printing is not good, either. And there you have it – a modern debate in which both sides are wrong because they are arguing effectively a false premise.

Krugman wants to focus on the lack of monetary policy. Evans-Pritchard argues for continued inflation.

We'll take the side of the argument that is NOT represented – which is that money ought to be privatized and that central banks ought to lose their monopoly money printing privileges.

When we begin to see that argument made in the mainstream press, we'll call it what it is … Progress.