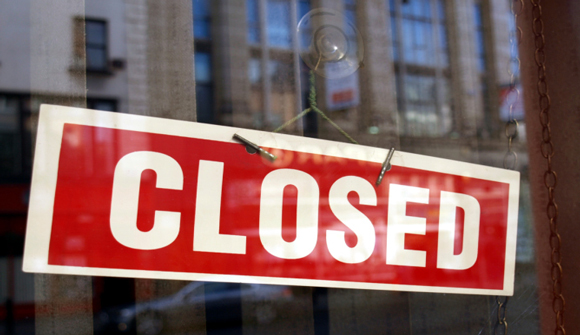 Republicans: We will get blamed for DHS shutdown … Republicans are getting pummeled in the messaging wars amid an escalating standoff over Homeland Security funding. In interviews with The Hill, centrist Republicans are conceding that their party — not the Democrats — will be blamed if the critical agency shuts down at the end of the month. – The Hill

Free-Market Analysis: Republicans are worried about getting blamed for a Department of Homeland Security shutdown.

The idea, as always, is that government needs to function effectively. If it doesn't then somebody is at risk of losing his job. And that's usually – according to common wisdom – the politician who is seen as obstructionist.

In this case the Republicans are scarred by other shutdown battles that the mainstream media maintained they were responsible for. Democrats apparently are rarely blamed for shutdowns.

And politicians – to mitigate their sensitive position – could argue that there is nothing that government does especially efficiently. But that argument will never be made because to do so would be to admit the failings of the facilities that politicians command. Instead, they agonize publicly over the horrible idea that this or that bureaucracy will have to "do without" for a certain period of time.

Of course, even that is questionable. Many so-called unfunded government bureaucracies – one supposedly suffering from a shut down – turned out to operate fairly adequately. The amount of money being administered is so vast that is often not difficult to manipulate income streams and mitigate cash-flow diminishment for at least several months.

[A shutdown] would echo the Ted Cruz-led government shutdown of 2013 and the Newt Gingrich-led shutdowns of the 1990s, all of which turned public opinion against the GOP. House and Senate Republicans are openly divided over a strategy to fund DHS, a fissure that has produced a round of intraparty fingerpointing at a time when GOP leaders are trying to prove they can govern.

The shutdown threat also comes during a period of heightened security concerns. Recent weeks have been dominated by headlines about killings and terrorist attacks by Islamic State extremists, including one Friday at an Iraqi base where U.S. Marines were training … Meanwhile, Democrats are presenting a united front, calling for a so-called "clean" DHS funding bill free of any controversial GOP riders targeting President Obama's executive immigration actions.

"More likely Republicans will be blamed. We control the House and the Senate," former Homeland Security Chairman Peter King (R-N.Y.) told The Hill on Friday. Americans "know that we caused the last government shutdown, so we have the lasting specter of Ted Cruz hanging over us," he added.

It seems to us that there might be another alternative here. That would have to do with explaining what Homeland Security actually does and doesn't do.

Fedgov itself has come under tremendous attack for invading citizens' privacy. Fedgov – portions of the intel community anyway – have flagrantly violated constitutional parameters and apparently are still involved in these violations.

We've often speculated that the real purpose of Edward Snowden's revelations was to make people around the world aware of the vast US spying apparatus. After all, the NSA (part of Homeland) couldn't come out and announce it … but if a whistleblower were to do so, then the message would resonate loudly and clearly.

Indeed, it has. Many are aware of what the US has created – and likely other countries as well. If constitutional checks and balances were actually in place, some reaction would have occurred once Snowden's information was credibly disseminated.

But nothing has happened despite popular outrage. The media itself seems to have dropped the issue. And it is not much discussed in political circles, from what we can tell.

And this, therefore, is the Republican opportunity. Federal Republicans could certainly build on popular repugnance to the ever-expanding military-surveillance state. The sentiment does exist.

You might not know it, though. We can see from the above article excerpt that it is the opinion of congressmen like Peter King that the "public" would rise up against Homeland funding cuts. King is a special sort of cheerleader when it comes to authoritarian institutions. But Homeland operates such institutions – as the much maligned TSA as well as the NSA.

Public unease likely extends all the way back to 9/11 at this point. In fact, 9/11 is by no means a dormant issue. It is lively in the public mind and there are plenty of surveys taken over the years that show considerable skepticism over the official story.

If Republicans really wanted to combat the idea that they will receive public blame for shutting down Homeland Security, all they need to do is catalog what DHS is actually supervising.

There are remarkably few triumphs, from what we can tell, associated with Homeland Security but a great deal of public frustration and fear associated with its operation. It is a huge intel conglomerate and the Republicans could certainly take the opportunity to question its value and efficacy.

Instead of worrying about being blamed for DHS's shutdown, congressional Republicans should take the opportunity to revaluate DHS and to advocate a much leaner operation. Alternatively, they might wish to suggest shutting it down entirely.

That would move the conversation away from a "do nothing" stance and towards an actual, legitimate debate – something that Washington could certainly use.