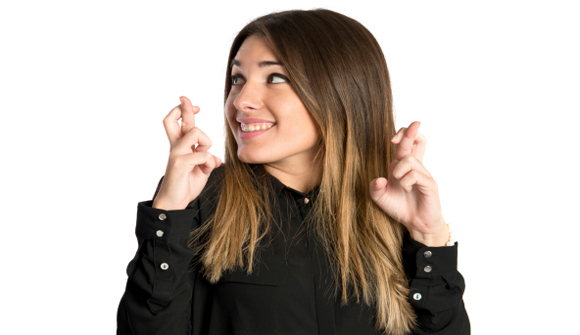 STAFF NEWS & ANALYSIS
Intellectual Property? Be Careful What You Wish For …
By Staff News & Analysis - March 14, 2015

'Blurred Lines' and Bad Law … If the devolution from Marvin Gaye to Robin Thicke doesn't stand for the decline of Western civilization, nothing does. The Los Angeles jury that found Thicke's "Blurred Lines" unintentionally plagiarized Gaye's "Got to Give It Up" apparently agreed. Choosing the dead genius over the living epigone was artistically correct — but it set a terrible legal precedent. – Bloomberg

Free-Market Analysis: We try not to utilize two of the same outlets in the same edition but this second editorial from Bloomberg dovetails with our first article quite nicely.

It is putatively about the recent decision to give the Gaye family a victory in a much-discussed plagiarism lawsuit over the popular song "Blurred Line." Apparently the base line for the song matches Gaye's song, "Got to Give It Up," though when played back-to-back, the songs don't seem to sound much alike.

The editorial makes the point, as you can see, that the decision was a wrong one. But it also makes a number of other points that are no less definitive but perhaps more interesting. Those are what we want to discuss.

The copyright goal, then, should be to maximize the creation of valuable works of art — which means asking whether a finding of copyright infringement serves that goal. The "Blurred Lines" verdict clearly doesn't. Would Gaye have written "Got to Give It Up" in 1977 even knowing that its bass line might be ripped off in 2013? Of course he would have. He and his heirs have had 38 years of opportunity to profit from the song's proceeds.

Indeed, "Blurred Lines" probably had the effect of increasing sales of Gaye's work, not functioning as a market substitute for them. Williams and Thicke (and yes, Ratajkowski) were effectively referring knowing listeners back to the Gaye tradition, where they might download songs and even buy albums.

"Blurred Lines" therefore increased artistic creation. But the finding against the song will inhibit future artists who want to produce work inspired by earlier music. That will be a cost to artistic creation. In the end, whatever we think of Thicke's musical future, we the public seem to want more Williams songs, not less. We should get the music we want; it's probably the music we deserve.

The idea that "copyright" can "maximize the creation of valuable works of art" is a laudable one, but is it really practical? Presumably the idea is that that talented people won't create if they can't take possession of their products.

History is full of people who created without having assurances that they would profit from their creations. Likewise patent law. Study human nature and you will find people create art and objects for a variety of reasons, and the profit-motive may not be at the top of the list.

There are other reasons to wonder about intellectual property. Logically speaking, copyright and patent law are price-fixes, distortions of the natural course and cycle of economic life. Those who use patent law and copyright and intend to enforce it are naturally employing the power of the state to their advantage.

Inventions often seem to be generated in spurts, when conditions are right and society is ready. In such instances, a person who creates something utile or wonderful can profit in many ways. He or she may become a consultant or a public speaker, or may find bidders for other projects, or even become head of a company in his or her area of expertise. The actual royalty may be the least of such opportunities.

A big point of the article is that copyright should not be decided based on "moral rights" – the idea that it is moral for a creator to have ownership of his work. The jury, according to the article, probably decided the case based on moral outrage but it shouldn't have.

"Focusing on the author's moral rights is the wrong way to think about copyright – and it has perverse effects of artistic creation." Instead, it should be acknowledged that "nothing we create belongs to us forever, particularly if we choose to sell it." And "future artists" will need to be able to refer to precious artists without ending up in court.

The article doesn't tell us how these issues ought to be resolved, other than to point out that the decision reached in the Gaye case was "wrong" because it apparently emphasized moral rights. However, the solution is just as clear as it is controversial: Get rid of laws surrounding copyright and patents.

Even absent formal "government" law, somebody probably wouldn't try to steal your house or furniture because it would be impractical and perhaps end in violence. But someone certainly could copy your material and resell it without you knowing. Thus, we see it takes state power to enforce copyright and patent law. The real dividing line when it comes to these matters is whether one needs to employ state power for enforcement and prosecution purposes.

History shows that once state power is employed it is eventually perverted. What seems logical soon or eventually becomes monstrous. And that is what is happening now. More and more words and phrases are copyrighted. Now a base line ("owned" by Marvin Gaye's family) has been priced at US$9 million according to the jury award.

And here is additional history: What is only whispered is that intellectual property did not begin in order to provide people with the just fruits of their labors. It began, from what we can tell, as a way to slow down information being made available via the Gutenberg press. It was a method of controlling information and authors not providing benefits to them.

All one has to do is look at the current initiatives aimed at the Internet itself and intellectual property to see that the main result will be to make it far more difficult to disseminate information. In Spain, for instance, there is now a law on the books that makes it mandatory that news facilities litigate with those who link to articles and other kinds of information. This sort of law is not written to benefit information providers but to control them.

It is a new era, but society's controllers seem to be more aggressive than ever. Like Frankenstein's Monster, intellectual property rights are inevitably going to run amuck as all facilities of the state do. That process is already starting and will only get worse unless creative people being to educate themselves about the ramifications of beliefs they may have adopted uncritically.

In the future, if trends hold, people will create furtively and will be afraid to share ideas. Businesses and entrepreneurs will be ruined as they inadvertently run afoul of the growing – loony – law aimed at this sector.

Unfortunately, the creative community is gradually reaping the grim fruit of its acquiescence to and support of intellectual property rights. Most people – and even companies – will not derive lots of money from their creative endeavors but they will receive compensation in other ways, as discussed. Yet ask most artists and inventors even now whether they think property rights are a good idea and they will be emphatically supportive.

Be careful what you wish for! Those who want the state to interfere on their behalf should realize that the modern state is configured to aid and abet very wealthy interests. For others there will be "unintended consequences."

The good news? Like the Federal Reserve (see other article, this issue), global warming and other promotional facilities, intellectual property rights will not stand in their current – and evolving –form. The logical conclusion is a world in which a handful of monied interests "own" the best ideas and scientific concepts and everyone else cannot use or share them without a hefty fee.

We can see it coming … Intellectual property rights, like the Tower of Babel, are going to ascend to the sky, creating a structure that will be so intricate that it will collapse sooner or later. Unfortunately, there will be a lot of misery in the meantime.