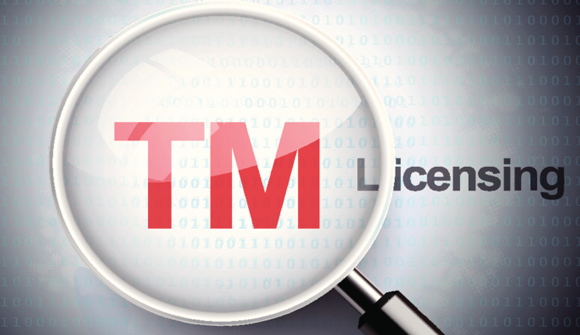 Indeed, maintaining the policies that enforce intellectual property rights is one of the few issues today that we can say truly has bipartisan support–politicians, legislators and pundits on both sides of the political aisle recognize that in order to keep our industries competitive, encourage innovation and make potentially life-saving advancements in the field of health care, we must protect the incentives that drive researchers–and the companies and capital that back them–to continue to reinvest in the pursuit of new medicines and new solutions. – Forbes

We're not pundits but we don't agree with the above statement from Forbes in an article written back in late 2013 and entitled, "Intellectual Property Rights Matter."

They matter, all right, like a punch in the nose or a smack in the head. We'll explain in a moment, using what just happened to the (two) Fine brothers of YouTube fame as an example …

But first some serious if rarely asked questions.

Why should governments pursue people who "steal" your work? Who defines the term "steal"? Is it really stealing to lift a sentence or two from something you've written, especially since you've probably done the same thing from time to time?

And why should government use taxpayer dollars to pursue your nemesis? After all, you're the one who is benefiting, so isn't that YOUR responsibility? Maybe this logic sounds strange, but that's only because we live in a time when every authority is granted to the state.

For tens of thousands of years, people likely solved civil and criminal difficulties by themselves or perhaps with the help of a private third party. In Ireland, for instance, English common law existed side-by-side with older, tribal laws that utilized custom to decide quarrels and criminality.

Additionally, common law involved setting precedents that other judges would observe in the future. So eventually a "supreme court" ended up making law that was binding on the rest of the system.

Today, of course, the judicial system that has evolved from English common law is celebrated as a mighty achievement of modern civilization. Certainly, in the US, the six million individuals suffering from varying degrees of incarceration – the most anywhere in the world – might differ.

The US in particular has perfected a system of "justice" in which prisoners often find themselves incarcerated in penal institutions operated by for-profit private entities. These entities, in fact, may have contracts with the municipality that demands the town, city or state maintain prisons at a certain level of population.

Perhaps this explains why in the US especially there are so many miscarriages of justice and why DNA testing has led to the release of so many prisoners over the past decade. There have been notable releases of prisoners from death row, especially.

The modern, Western judicial system has really been in place only for about 100 years. The passport system and Interpol's global mandate have also only been generated in the past century. In other words, we are living through unprecedented times when it comes to the unimpeded, widening gyre of state authority.

It didn't used to be like this. People settled their own disputes. And this was especially true of what today we call intellectual property "rights."

They are not "rights," of course, so much as mandated privileges that legislators have decided you are entitled to. Like so many judicially mandated privileges, trademarks, copyrights and patents are all being increasingly, predictably abused.

Modern statutes are always evolving – but evolution is not necessarily an advantage. Precedent justice is obviously a boon to lawyers and judges but not so much to the average citizen who has to negotiate expanding legal complexities.

The most recent eruption of the system's inflating, illogical entitlements just occurred on the Internet where the famous YouTube Fine brothers attempted to enforce various forms of licensing of their successful "React" videos. These showed adults and children reacting to various embarrassing, awkward or at least challenging situations.

Basically, it seems, the Fine brothers began sending out cease-and-desist communications to other YouTubers who were also making "react" videos or even, in extreme instances, apparently using the world "react" in the title of the video.

Over the past few days the YouTube blogosphere exploded. YouTube creators who were the victim of legal communications from the Fine brothers or who simply found the Fine brothers' actions overly aggressive released irate and antagonistic videos. The Fine brothers' YouTube channels began bleeding subscribers, up to 250,000 of them or more.

And finally the Fine brothers surrendered, releasing the following statement:

We realize we built a system that could easily be used for wrong. We are fixing that. The reality that trademarks like these could be used to theoretically give companies (including ours) the power to police and control online video is a valid concern, and though we can assert our intentions are pure, there's no way to prove them.

We have decided to do the following:

1. Rescind all of our "React" trademarks and applications.

The Fine brothers got hammered. Punched in the kisser. But what happened to them is unusual. For the most part intellectual property rights continue to expand in scope, buttressed by the authority of the state and the evolution of precedents.

What differentiates successful societies from unsuccessful ones is not the impartial application of "law" but the intangible reverence for the utility of custom and culture. Every man's civilization is exactly one person wide. Governmental attempts to adjudicate fairness and to create "rights" that are not inherent eventually result in civil chaos.

Between economic dysfunction and regulatory ruin, Western societies are increasingly dysfunctional. Certainly one can make a (non-anarchical) argument for intellectual property rights. But in the current day, excess and exaggeration are the norm.

We often suggest that the best way to survive in an increasingly intemperate world is to concentrate on enlarging one's own prospects and prosperity. Public entanglements in the modern era are likely to lead to increasingly unfortunate results.

Conclusion: Stay out of the court system, civil and criminal, and organize your life for maximum privacy and personal freedom. Increasingly public remedies are not the solution.