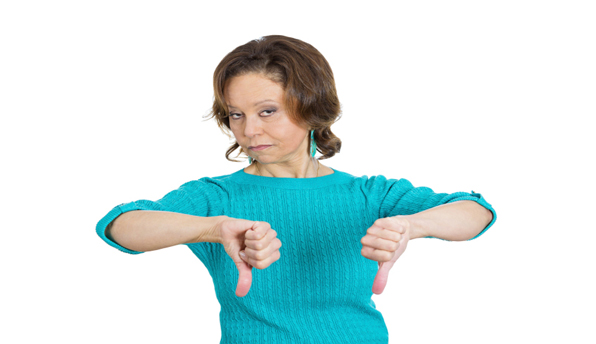 Americans' confidence in all three branches of the U.S. government has fallen, reaching record lows for the Supreme Court (30%) and Congress (7%), and a six-year low for the presidency (29%). The presidency had the largest drop of the three branches this year, down seven percentage points from its previous rating of 36%. These data come from a June 5-8 Gallup poll asking Americans about their confidence in 16 U.S. institutions – within government, business, and society – that they either read about or interact with. – Gallup

Dominant Social Theme: Americans are not confident, but this will pass as it always does …

Free-Market Analysis: We are not surprised by the declining confidence of citizens in the US government. What is there, after all, to be confident about?

Congress is posturing and ineffective. The president continues to centralize and further regulate large chunks of the US economy, while opening up southern borders to millions of immigrants. The Supreme Court is widely seen as complicit in the worst excesses of the legislative and executive branches – functioning as an enabler, in other words.

If this Gallup poll surprises at all, it is in two areas, one we will mention now and one we will refer to below. The first, then, prominently highlighted by the poll, tells us that the Supreme Court is falling rapidly in the estimation of those polled, and thus the larger population.

Gallup explains it this way:

While Gallup recently reported a historically low rating of Congress, Americans have always had less confidence in Congress than in the other two branches of government. The Supreme Court and the presidency have alternated being the most trusted branch of government since 1991, the first year Gallup began asking regularly about all three branches. But on a relative basis, Americans' confidence in all three is eroding. Since June 2013, confidence has fallen seven points for the presidency, four points for the Supreme Court, and three points for Congress.

Confidence in each of the three branches of government had already fallen from 2012 to 2013. Confidence in the presidency is now the lowest it has been under President Barack Obama, as is confidence in Congress and the Supreme Court, given their historical lows.

When Obama first took office in 2009, each of the three branches saw a jump in confidence from their dismally low ratings in George W. Bush's final two years in the White House. Confidence in the Presidency, From George H.W. Bush to Obama The president in office is not mentioned by name when the presidential confidence question is asked, but how positively Americans evaluate the current president has a direct impact on how much confidence Americans place in the presidency as an institution.

Gallup began asking regularly about the presidency in March 1991, when George H.W. Bush was in office. At that time, 72% of Americans had confidence in the presidency — the highest confidence rating the institution has received. This was immediately following his leadership in the successful first Persian Gulf War, and at a time when his job approval rating hit the then all-time high of 89%.

But the elder Bush also saw the largest drop in confidence for the institution that same year, when it fell to a still relatively high 50% in October 1991. The three presidents who would succeed him would go on to be elected to two terms, with varying degrees of confidence in the executive branch of the U.S. government during those terms.

Of course, this is the Internet era, so we are not surprised at the erosion of confidence in the US government. Bereft of the helpful veil of the mainstream media, the sociopolitical and economic manipulations of the Anglosphere (especially the internationalists behind the US government) are far more evident now than they once were. Not a day goes by that the alternative media – the 'Net media – doesn't identify some new level of incompetence and/or globalist gambit.

It used to be less difficult to create a war and sell it as a necessity for those who wanted to preserve Western freedoms. But the war on terror is not nearly so successful as the Cold War in generating a sense of domestic solidarity – or even the two hot wars of the early and mid 20th century.

The political system itself is increasingly questionable. Both Bush and Clinton were seen ultimately as poor leaders, but Obama's fall from grace has been especially noteworthy. The legislative process and its outcomes were always horrible to witness, but only now in the 21st century do we have a proverbial catbird seat from which to watch it.

It is true that a recovering economy might boost Americans' confidence in their public facilities, but we would tend to believe that the faith of US citizens is not merely tied to economic issues but is of a more fundamental nature. We would argue this is true for Europe as well, despite the centralization of the EU.

We promised one more eye-opening result of this Gallup poll. Here it is, delivered toward the end of the article:

… While Americans clearly have the lowest amount of confidence in the legislative branch, ratings for all three are down and are at or near their lowest points to date. At this point, Americans place much greater faith in the military and the police than in any of the three branches of government.

You see? Much as in South America and parts of Asia and the Middle East, US citizens are now perceiving that military and police facilities are the trustworthy entities.

And yet … even this is questionable. We've read reports that seem to indicate the US public is wary of an increasingly militarized domestic police force. The "faith" in the military is also a little puzzling given the military 's regular lack of overseas success and the difficulty that top US officials have in describing the missions that the US military regularly embarks upon.

What if there are NO government facilities that can serve as adequate repositories of trust? As we often point out, when the narrative of a particular nation begins to fall apart, there is not much that can be done to salvage it.

One needs a "reset" – and in this day and age that is often delivered via violence and destruction aimed at frightening the population into accepting an authoritarian regime that will substitute violence for narrative homogeneity. The US is perhaps especially susceptible to this because its cultural cohesion is increasingly attenuated.

The Gallup report ends on a disturbing note, stating the precipitous drop in confidence "threatens and complicates the US system of government."

… While the Supreme Court, with unelected justices serving indefinite terms, is immune to the same public pressures that elected members of Congress and the president must contend with, it is not immune to the drop in confidence in U.S. government institutions that threatens and complicates the U.S. system of government.