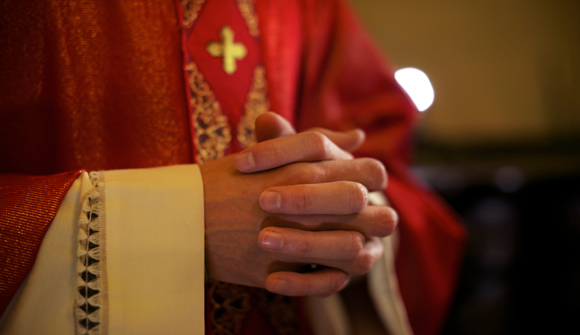 Britain will never leave the European Union (EU) because the process is too complicated, an academic has claimed. His comments prompted UK Independence Party MEPs to warn that Project Fear is “alive and kicking”. -Breitbart

With Hillary running for president on an authoritarian platform, Brexit foundering, China restricting websites and wars spreading around the world, it may look as if the Internet Reformation never came to pass.

But if one believes that copious, often uncontrollable information supports freedom, then the Internet can surely be seen as a significant positive.

As we long ago pointed out, the Reformation was in large part the outcome of the Gutenberg Press and its impact on a society that could suddenly share written information efficiently.

There is a convincing – and relatively recent – theory that what came before the Press, during the Dark Ages, was actually a time of freedom in which the overriding centralization of kingship was relatively absent.

This may indeed be true, but it does not invalidate the positive impact of the written word, unless one wants to argue that an illiterate society is preferable to a literate one.

There are those, of course, who will argue that the Internet has been a net negative for society and humanity. But additions to education and a better sense of how the world works should not be seen as steps backwards in our view.

So we begin, as we have before, with the idea that more and better information is preferable to less information provided in a manipulated fashion.

Not only that, but this flow of information continues and has, we’d argue, already changed the world in significant ways.

In other words, the Internet has indeed sparked a kind of Reformation – as we predicted long ago (here).

The initial Reformation changed people’s beliefs in the Roman Catholic Church and created over time numerous new religions including most prominently Lutheranism and Protestantism.

The Internet has caused many – especially the intelligentsia – to question their sociopolitical beliefs and the role of the State in their lives and the body politic.

The initial Reformation was subject to a variety of elite attacks via copyright, religious intolerance and outright war.

We’ve seen exactly the same menu of approaches this time. Copyright has been inordinately tightened in order to stop the spreading of important information via the ‘Net. And wars have been expanding and continuing especially in the Middle East since the early 2000s.

The initial Reformation eventually generated an entirely new country – the United States – with a freedom philosophy that apparently had not been fully enunciated in several thousand years (since Athens).

The Internet is often cited as a big influence in the just-completed Brexit that has the potential to undo the European Union.

In October or November, Italy holds a referendum on governmental changes. If the referendum loses, it could topple the government and cause other political influences to come to fore – along with a serious possibility of a referendum on the unpopular euro itself.

If Italy holds a referendum on the euro and votes to leave the eurozone (and euro) this might well be the trigger that blasts the euro apart and even splits the EU itself.

Such a political and economic upheaval would certainly be reminiscent of the impact of the Gutenberg Press on the church and the creation of the US.

As we have pointed out before, some alternative political analysis points out that the Reformation was actually an elite program to split the Church and create new, controllable religions. But even so, one cannot argue comfortably that Jefferson’s Declaration of Independence was a statement that the elites either sought or endorsed.

In other words, the Press provided additional tools for the elites of the day but it also generated unforeseen consequences that significantly supported increased freedom. One can argue exactly the same process is occurring today.

Certainly, one can succumb to fatalism and declare that the Internet was developed by DARPA to provide elites with the most invasive possible technology. But we have always maintained that the Internet was a mistake and that DARPA did not foresee the marrying of the PC to the ‘Net – which was at the time a communications platform for the military industrial complex.

One can also maintain that with the Internet as a tool, elites will be successful in bringing the world and its peoples fully under control. But the history of the Gutenberg Press and the Reformation shows us otherwise. Increased anarchy is as feasible as totalitarianism as a result of the Internet.

It seems to us that ultimately the Internet will encourage private money and gold (see yesterday’s interview) along with secession and other forms power fragmentation. These will exist, side by side, with the centralizing and privacy-invading elements of the Internet.

Conclusion: Hardly anything is an unalloyed good, but if you want to understand the impact of the Internet, just compare the 20th century to the 21st and, if you are old enough, the expansion of your knowledge as a result.  Remember, it is not only you who have changed but hundreds of millions – billions – of others as well.