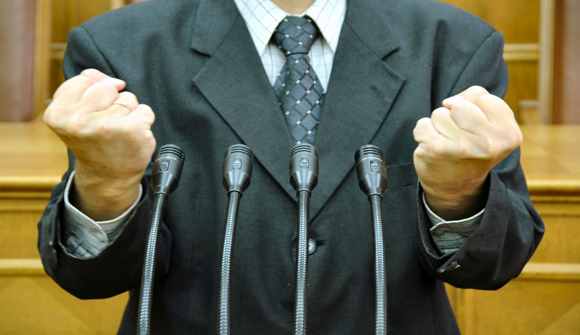 Tales in monetary voodoo, try this for a spin … We play with the money system at our peril. On Thursday, British MPs are to debate money creation, including so-called "helicopter money". This is supposedly the first time parliament has debated such matters since 1844. Back then, it didn't work out so well. Much debated but little understood, money creation is one of those fiendishly complicated subjects that few even bothered to think about before the financial crisis. Since then it has spawned a veritable army of self proclaimed "experts", many of whom have convinced themselves that they are close to a "Higgs boson" moment in their understanding of the way money works, and the role commercial and central banks play in its creation. – UK Telegraph

Dominant Social Theme: The modern monetary system needs some tinkering to be ready for the rest of the 21st century.

Free-Market Analysis: So the British Parliament is meeting to discuss "Money Creation and Society," a scenario that can give rise to numerous different imaginary interactions, many of them potentially amusing.

In fact, we don't believe most MPs understand the monetary regime under which they live and work any more than US Congressmen do. Ignorance, wrapped up inevitably in pontifications, is melancholy, humorous or both. Usually both.

And it has already started. Even the article in the UK Telegraph, excerpted above, announcing this special session manages to blur the reality of Britain's predicament.

Why is it that commercial banks should enjoy the exorbitant privilege of money creation? In circumstances such as those of the last six years, where banks are destroying money, rather than creating it, shouldn't governments do it instead and cancel their debts accordingly? By feeding the next financial bubble, isn't Quantitative Easing merely sowing the seeds for future economic instability? And are there not alternatives to the boom and bust of factional reserve banking?

All these questions and more are the subject of what promises to be a fascinating UK parliamentary debate this week "Money Creation and Society" – in which MPs from all the main political parties are expected to participate. Slightly hard to believe, but this is supposedly the first time MPs have had the chance fully to debate these issues in 170 years.

The omens are not good. Back then, it resulted in Robert Peel's Bank Charter Act (Frankfurt: 0LW.F – news) of 1844, which banned banks from issuing their own notes of exchange. This worked out so well that it had to be suspended three years later after a financial crisis so severe that it brought the whole system to the brink of collapse. Radical money market reform, it would seem, is fraught with risks.

That's not stopped central bankers experimenting with money printing as a counter to the destruction of the present financial crisis. The experiment is largely over for the Bank of England and the US Federal Reserve. But for others, it is only just beginning.

Notice this commentary presents the idea that commercial banks create money. Already the misdirection has begun. Perhaps the Bank of England can be conceived of as a commercial bank but from our perspective it's a quasi-private/quasi-public clearing house entitled by law to print monopoly fiat money. That's not simply "commercial bank." No, sir.

This article also makes the point that "commercial banks" are destroying money rather than creating, a dubious statement, in our view. Note, please, these questionable points are being offered via the financially literate platform of the UK Telegraph. The parliamentary debate ought to be worse.

The article also discusses the EU's seeming determination to forge ahead with some sort of quasi-quantitative easing – and comes to a conclusion that implementing such a policy aggressively will be a kind of legal nightmare given the regs under which the EU monetary union now operates.

And the article suggests "synthetic bonds be formed from the senior tranches of eurozone national bonds, weighted according to share of GDP. Theoretically, this would answer the moral hazard concern, as well as creating a new class of Eurobond to help further cement monetary union for the long term."

Fortunately, the article has the grace to admit that such solutions are impossibly complex and would take years to create and implement. "The way things are going, there might not even be a eurozone to apply it to," we are reminded. Oh, happy thought.

Does QE actually work in stoking the real economy? Some have begun to suspect it doesn't, that beyond a certain point it is merely like pushing on a piece of string, and propose going to the next logical stage – outright monetary financing of the deficit.

But the article then quotes BOE head Mark Carney as saying this sort of behavior is not to be considered, as it might cause a form of "hyperinflation."

So what is the reason for this MP educational effort? We figure it's a kind of acknowledgement that the dialectic is getting out of control. There's simply too much frustration and too much information about the way central banking works these days. Put simply, a comprehensive discussion about money in the British Parliament, no matter how misguided, seems to be clear testimony to the effects of what we call the Internet Reformation.

We've long predicted that because of all the information available on the 'Net, the elite dialectic we regularly cover would be forced to change. The beauty of the elite dialectic, assuming you control much of society's media, is that you can move the conversation back and forth depending on what society demands.

If society is growing more republican and freedom-oriented, then you can recognize that by including those more extreme viewpoints in the larger "conversation." If society as a whole doesn't evince any demand for such viewpoints, then you can push the conversation toward more aggressive forms of collectivism.

In the 20th century, the media conversation was constantly pushed leftward toward more and more government control and collectivism. In the 21st century, the conversation has been moving in entirely the opposite direction.

Elite taste-makers have been struggling desperately to encompass both sides of a conversation that has burst out of the sterile confines of government solutions.

We can see a wider dialectic operating on a variety of fronts, from government itself, to health care and nutrition. And now money.

This conversation would not be taking place in Britain any more than the Scottish referendum did if there was not some larger social need to assuage. The dialectic is no good if it does not encompass both sides of the argument. And so the dialectic must be radically expanded.

And now, after 150 years, Parliament must debate money once again. The results will likely be ludicrous or at least unproductive. But from the standpoint of elite interests interested in containing a national dialogue within dialectical parameters, there is nothing else to be done.

The hope is obviously that the discussion, once entertained, can be shut down as various cosmetic changes are implemented. This certainly worked in the 20th century but likely will not in the 21st.

The parliamentary discussion of money will be interesting and perhaps even humorous. But it will surely not be the last word. The Internet Reformation is forcing renewed discussion of these issues – and they and the technology supporting them are not likely going away.