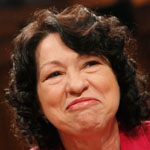 Investors finally got some good news about unemployment. Stocks rose after the government's July jobs report showed job losses were less than expected and the unemployment rate unexpectedly dipped. In the latest sign the economy could be recovering, the Labor Department said companies shed 247,000 jobs in July. Economists had expected 320,000 job cuts. The unemployment rate dropped to 9.4 percent from 9.5 percent in June. Economists forecast the rate would rise to 9.6 percent. – AP

Also, during a downturn, people who rely mostly on commission income get badly hurt – and basically go from full employment to something less. It is very possible that the unemployment number is close to double what the government counts officially, or even more. If the rate is 10 percent of working adults (perhaps 150 million) that would mean there are 15 million out of work. But double it and you come up with 30 million out or work, seeking work or less than fully employed. That feels about right.

The unemployment numbers are not all that don't make sense. Price inflation numbers are famously fudged. And so are many other government numbers. What makes little sense in all of this is that the stock market itself is supposed to be a gauge of economic activity. Is the market really pricing in up to 30 million unemployed? What about an impending commercial credit unraveling or a derivatives debacle?

What we have come to believe is that the short-term ups and downs of the stock market may be primarily a monetary phenomenon. Central banks have poured so much money into commercial and investment banks that the stock market itself has benefited from the overflow. This would make sense in our opinion as the initial market downturns grew out of a financial dilemma – a credit crunch.

We cannot explain why the market responded positively the other day to what we believe to be essentially a phony job report. But we think over time the market's behavior tracks central banking money production and other moves affecting the price of money. The 1987 stock market crash, for instance, may have had more to do with a deal made by the then-Reagan administration to adjust the dollar versus the yen, than other investment factors.

There are so many factors looming over Western stock markets and in the long-term, we believe that markets will price these other factors into performance with natural efficiency. There is the prospect of price inflation, of a commercial housing crunch, or a derivatives catastrophe, or a double-dip recession. The markets are not currently warning of these other factors but they exist nonetheless.