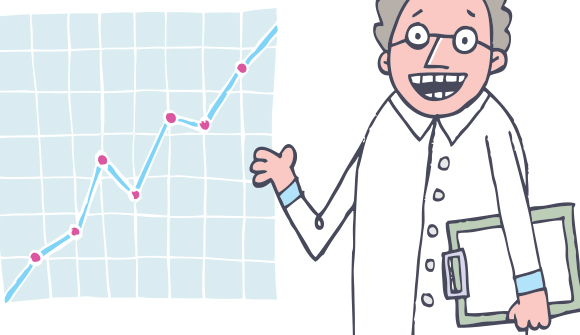 The Federal Reserve's Framers Would Be Shocked … ONE hundred years ago today, President Woodrow Wilson went before Congress and demanded that it "act now" to create the Federal Reserve System. His proposal set off a fierce debate. One of the plan's most strident critics, Representative Charles A. Lindbergh Sr., the father of the aviator, predicted that the Federal Reserve Act would establish "the most gigantic trust on earth," and that the Fed would become an economic dictator or, as he put it, an "invisible government by the money power." Had the congressman witnessed Ben S. Bernanke's news conference last week, he surely would have felt vindicated. Investors, traders and ordinary citizens listened with rapt attention as Mr. Bernanke, the Fed chairman, spoke of his timetable for scaling down stimulative bond purchases. "If things are worse, we will do more," he said of the nation's economy. "If things are better, we will do less." In 1913, few of the framers of the Fed anticipated that the institution would do anything of the sort. – The New York Times

Dominant Social Theme: It's really a surprise that central banking has turned out the way it has. Who could have foretold?

Free-Market Analysis: Even leaving aside today's lead article on central banking, this is one of the more dishonest articles that we've seen recently regarding the evolution of modern money control.

The portrayal of central banking in these sorts of articles is sterile and scientific. You wouldn't know, for instance, that the men who created the plan for the Federal Reserve dressed up in costumes so they wouldn't be found out when traveling down to Jekyll Island for the confab that led to the final proposal.

And you certainly wouldn't know of the relationships between them and others in Europe that were backing this sort of plan. You wouldn't be aware from this article that there are suspicions that JP Morgan himself helped organize the 1907 crash that led to renewed calls for a US national central bank.

You wouldn't know that JP Morgan's father reportedly worked for the top money men in Britain or that it is said Morgan himself was an agent of European banking families and was funded by them.

The idea that the framers of the Federal Reserve Act would be shocked at the way it turned out is specious. It didn't take but a decade and those empowered by the Act were conspiring with the British to devalue the dollar and prop up the pound.

To do so, Fed bankers began to print dollars at an astounding and illegal rate, creating first the Roaring Twenties and then a great crash. Roosevelt covered up the overprinting of dollars by creating bank holidays and then making it illegal for people to own gold.

The creation of the Fed, the most powerful central bank of them all, was a long-held bankers' dream. Those involved surely knew exactly what they were doing and anticipated the current pernicious effects and the dollar's erosion. Yet this article makes every effort to present a far more clinical view:

The preamble to the act specified three purposes: to furnish "an elastic currency," to provide a market for commercial paper so that banks would have more liquidity, and to improve supervision of banks. Regulating the economy was not among them. The framers saw that the banking system needed reform, but they were sorely divided about how to go about it.

… The nation had no central reserve — no agency that, in a crisis, could allocate credit where needed. All it had was J.P. Morgan Sr., who arranged for a private loan syndicate. That was not enough, and, anyway, in the spring of 1913 Morgan died.

Leading financiers, like Paul Warburg, a German immigrant who wanted to replicate the Reichsbank in his adopted home, thought the United States needed some coordinating agency. They thought that the system was too decentralized.

… Supporters of the Federal Reserve legislation faced a delicate problem: how to fashion a centralizing agency and not run afoul of the strong popular sentiment against centralization.

… Historians still debate what the Fed's framers intended because many details were left vague, and the Fed evolved over time. When the act was signed, in December 1913, few anticipated that the Federal Reserve Board would become so central to the economy, though it did have authority over interest rates.

The article ends on a somewhat negative note, pointing out that "end the Fed is a rallying cry among Tea Partyers, and among critics with a fondness for the gold standard." It adds,

Representative Kevin Brady, a Texas Republican who is chairman of the Joint Economic Committee, has marked the Fed's centennial by calling for a commission "to examine the United States monetary policy" and "evaluate alternative monetary regimes."

The trenchant question is whether nostalgia for "originalism" is a useful guide to policy. Wilson knew well that the Second Bank of the United States — a 19th-century precursor to the Fed — had been left to die, at the insistence of President Andrew Jackson. But Wilson was trying to govern for the present, not to placate his party's ghosts. Congress today should receive reform proposals in the same spirit.

In fact, what the article is doing is laying out a case for a clinical reassessment of federal control over money. Once one can make the case that the creation of the Fed was a "policy decision," it is easy to argue that the same kind of clinical analysis should be applied to the current situation.

The article makes monetary policy sound scientific and the creation and application of central banking sound reasonable. In fact, creation and control of money is insanely controversial and downright deadly. The only lasting, rational solution is to privatize money – not hold more Congressional hearings on how the Federal government can reconfigure the system.

US policymakers are probably getting ready to do something about the current system, which is fast eroding. A main challenge, among others, is to make us believe that what they have in mind is logical and rational. But it won't be.