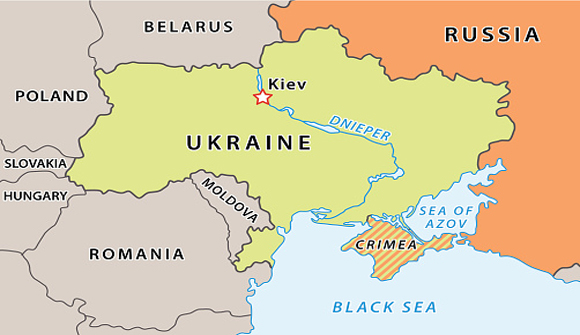 Dominant Social Theme: Putin is finished and so is Russia.

Free-Market Analysis: The pressure on Putin and Russia keeps rising. But one needs to ask whether the end-game from a Western point of view is realistic or another gambit likely to fail.

The West has been successful in removing Muammar Gaddafi of Libya and Hosni Mubarak of Egypt, but it has not been so successful in Syria, or not yet anyway. And the predictions of Putin's demise may be exaggerated as well. Not according to Khodorkovsky, though.

"Putin with bare chest isn't a mighty leader: He is a naked king," Khodorkovsky, once Russia's richest man who was arrested in 2003 after falling foul of Putin only to be released in 2013, told an audience in London.

Khodorkovsky, who once controlled Russia's biggest oil company, YUKOS, said the Russian economy would weaken further and that eventually its weakness would provoke a battle between the powerful clans which dominate Russia.

In a message which is likely to anger the 62-year-old Kremlin chief, the former tycoon also called on the West to build ties with opposition groups in expectation of an end to the Putin era.

"Tomorrow when the regime changes you will have to build a relationship and you will have very little time," Khodorkovsky, 51, told an event organized by Chatham House policy thinktank.

This is surely a suggestion that the West ought to aggressively tamper with Russia's internal affairs. Were someone to say something similar about Obama and the US, a strong reaction would be expected.

But the programmatic and promotional assault on Russia continues. Putin is regularly cast as an authoritarian ruler and even as a dictator. He is blamed for the Ukraine conflict even though there is ample evidence that the West had a lot to do with the destabilization.

Most recently, there were reports from UniversityPost regarding a University of Copenhagen scientist who developed "in his spare time," a new method of analyzing the trajectory of artillery systems. He claimed his analysis showed that Russia had been shelling Ukraine territory.

Yet this has proven controversial. The researcher was assisted by the "Bellingcat investigation team," a facility that has been branded as a CIA affiliated facility.

There were also suggestions that "distortion" was generated when converting Digital Globe satellite imagery to Google Earth. Bellingcat has reportedly dismissed the distortion as insignificant. The "war of words" continues.

Most recently came reports that Britain was sending troops into the Ukraine. Here from the Guardian:

Britain was pulled closer towards a renewed cold war with Russia when David Cameron announced UK military trainers are to be deployed to help Ukraine forces stave off further Russian backed incursions into its sovereign territory.

The decision – announced on Tuesday but under consideration by the UK national security council since before Christmas – represents the first deployment of British troops to the country since the near civil war in eastern Ukraine began more than a year ago.

Downing Street said the deployment was not just a practical bilateral response to a request for support, but a signal to the Russians that Britain will not countenance further large scale annexations of towns in Ukraine.

Step by step, incrementally, this "Russia versus the US" promotion seems to build. The Reuters article quotes Khodorkovsky as saying, "Putin doesn't need Donbass (east Ukraine). He wants to determine the fate of the world at talks with a U.S. President."

This is plainly accusing Putin of megalomania. It is forceful rhetoric that leaves little room for misunderstanding. It is another situation, in our view, of directed history. A little bit at a time, the situation worsens and military options draw closer. NATO and the West seem determined to generate a confrontation directly with Russia.

Such a confrontation could destabilize Western economies and cause significant sociopolitical tensions not just with Russia but China as well. Certainly a significant stock market reversal would not be surprising in such a context.

These are obvious conclusions but they do not seem to be retarding Western resolve. Is this somehow the goal?