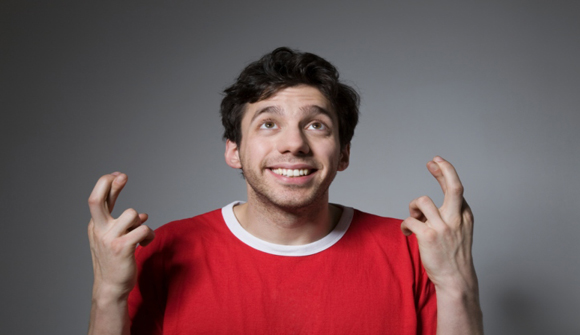 Why Matt Drudge Can Stop Worrying … Matt Drudge appeared on Alex Jones's Infowars. Here is how he has been quoted. On the future of digital copyright: "I had a Supreme Court justice tell me to my face it's over for me. Said, 'Matt, it's over for you. They've got the votes now to enforce copyright law. You're out of there. They're gonna make it so headlines–you can't even use headlines.' " "You thought Obamacare was shocking… wait until these copyright laws work their way up, and the Supreme Court decides you cannot have a website with news headlines linking across the board. Then that will end for me … I don't know why they've been successful in pushing everybody into these little ghettos of these Facebooks and these Tweets and these Instagrams–these Instas. This is ghetto. This is corporate. They're taking your energy. They're taking your energy and you're getting nothing in return. Nothing… Ultimately, it's boring, and the kids are always off to something new. Except for the something new is owned by the same freaking company or financed by the same banking system." – LewRockwell.com

Dominant Social Theme: The great trade treaties and perfected Western judicial systems will yield the best possible outcome when it comes to the Internet and how it is handled.

Free Market Analysis: Except it won't. Our favorite economic curmudgeon – Gary North – is back with an insightful debunking of Matt Drudge's fears regarding the Internet and the recently agreed-upon TPP trade treaty, which contains a number of bad elements including a loony strengthening of copyright law.

At least one of the reasons copyright law was invented after the advent of the Gutenberg press was because information was spreading quickly and wasn't controllable. Once Bibles were printed, people saw the Roman Catholic Church had been lying as a matter of policy for monetary gain, and this began the great downward spiral of the sociopolitical structures of the day.

The Church lost its credibility and this undermined its divine endorsement of kings, which further collapsed the system. The Renaissance gave way to the Reformation and then the Enlightenment and finally the American and French Revolutions. Elites managed these vast sociopolitical and economic movements to some degree – in much the same way as elites today have steered the Internet toward social media. But if they could have rewound history and done away with the Gutenberg press, surely they would have.

Today parallels yesterday. It is simply a fact, for instance, that the CIA has had a great deal of influence over the evolution of Facebook and Google and still doubtless exercises control. Elites are managing change as best they can. But as Gary North points out, the initial technological damage has been done and the ramifications are very hard to control after the fact.

Anyone with a computer and a few hours of spare time can easily see patterns repeating themselves. After the Gutenberg press began printing, the royal controllers of the day launched endless counterattacks. Wars were declared, copyright invented and applied, economic suppression and taxation expanded. The masses and middle classes were endlessly attacked. The idea was to befuddle, confuse and terrorize. And so it seems today. The same tools that attacked the spread of information after the Gutenberg press was invented are in use once more.

Drudge believes that the utilization of such tools may virtually shut down the Internet and Balkanize it. But here comes Gary North to make a far more optimistic case. North wrote:

I don't care who owns Facebook, Twitter, or any of the rest of it. What I care about is this: the creation of ghettos. I think ghettos are great. Ghettos indicate Balkanization. Balkanization indicates social decentralization. Decentralization means the corporations can make all the money they want, but the politicians face a disaster. The politicians cannot gain unanimity for much of anything these days. You cannot run a grand crusade if half of the people who you want to recruit into your crusade have rival views on everything.

Drudge is worried about who makes the money. I don't care who makes the money. I care who gets the votes. More to the point, I care about what the central government can do to enforce any of its rules on a vast conspiracy of ghettos. We are seeing the breaking apart of the social foundations of large nation-states. The communication system is at the heart of this. When people can share their ideas, they share their ideas with people who pretty much agree with them. The ghettos are the source of future liberty.

North seems to be correct on this. The Internet attack represented by TPP, for instance, has likely already failed. The best that can be done to counteract the Internet is to Balkanize it. And this runs absolutely counter to what elites want to do, which is centralize.

North, of course, is taking the long view, and so he should. Here at The Daily Bell, we've engaged in a years-long battle with cynics, unbelievers and doom-and-gloomers who are convinced that the West's current power structure is overwhelming and that the Internet is easily snuffed out.

Our view is the naysayers do not see the gigantic conflagration already raging about them. Hopefully YOU do, dear reader. We live in exciting times that are similar to those surrounding the first information revolution.

Please note this critical point: One of the main things that took place after the first information revolution was MIGRATION. People left their homes and then their countries. They moved to places where they were freer and the old order was less repressive. Many of them moved to the "new world."

There is a NEW new world today – constructed from dozens of developing countries with emerging infrastructure and societies that little partake of traditional Western culture. Here at The Daily Bell and via our network of friends and partners, we intend to bring you the very best of "new world" insights … an unfolding variety of information and resources that will allow you to do what your ancestors did when confronted with the previous information revolution.

And what did they do? They scrimped, saved and gathered the necessary resources to realign their lives. They created what today we call "lifestyle insurance" – a structure that included the holding of physical metals, travel documents and the construction of new dwellings in new lands surrounded by like-minded thinkers.

You see? Nothing is new under the proverbial sun. Here at The Daily Bell we are re-inventing what worked before – and modernizing it for the current day. Please stay tuned.