EDITORIAL, STAFF NEWS & ANALYSIS
Is it Wrong to Question the Official Story When Tragedy Strikes?
By Joe Jarvis - October 04, 2017

The media says, “Jump.” And the public responds in unison, “How high?”

“As high as you ever have jumped before, except maybe after 9/11, or the Kennedy assassination.”

Of course, when there is news, it should be reported. Today it is reported sensationally, as entertainment. Is it meant to inform, or induce?

Which came first, the media’s obsession with violence, or the public demand for violence? In the 1990’s as violent crime in America dropped, the media filled more and more time slots with stories about violence. 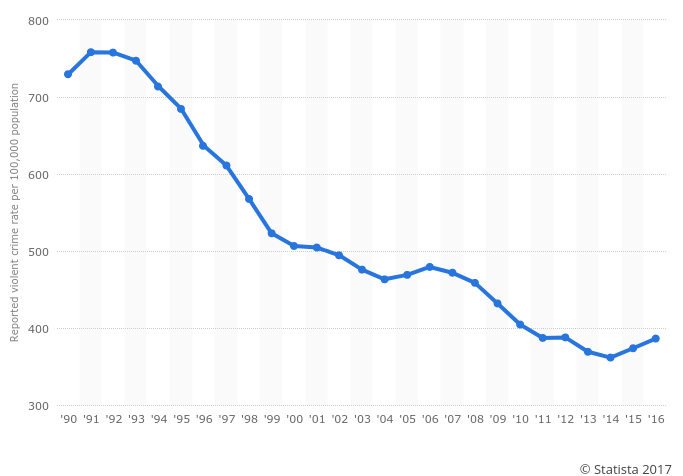 By the end of the 90’s the public was clamoring for the government to do something about what they assumed was a rising trend in violent crime.

Was that orchestrated? The government certainly benefits from a hysterical public begging them to help. It certainly gives the government an important role in the daily life of an average citizen. But this alone doesn’t mean that it was a conspiracy. Acknowledging that the government benefitted from the media’s overreporting of crime is not the same as suggesting the government actively pushed the media to do so.

But why not wonder? Exercise those thought processes.

It is a known fact that thousands of journalists were at one time on the payroll of the CIA. It was called Operation Mockingbird, and agents would place false stories in publications like the New York Times, and Time.

So when it comes to the case of the fake 90’s crime wave, it makes sense to wonder if a similar program still exists. The courts have ruled that FBI agents can legally impersonate journalists in the course of an investigation.

Do we need to discover the actual program in order to speculate? Well, I certainly wouldn’t say that it is happening without knowing for sure. But we can acknowledge a historical fact and draw a parallel between that and a similar contemporary trend. In such circumstances, it makes sense to be skeptical.

Either way, we shouldn’t fall prey to the media’s manipulations about such things, regardless of the catalyst. So why not remind people that in the past, lies from the government shaped public opinion?

But there are some cases when questioning, wondering, and speculating is considered downright wrong.

When it is most important to speak freely, you can’t.

How do I walk the line between my inherent mistrust of the government media complex and sincere compassion and empathy for victims of tragedy?

Is it wrong to question official narratives after a tragic event? Is it disrespectful to wonder if there isn’t more to the story? Should I censor myself to avoid appearing insensitive, when I want to talk about inconsistencies in the media tale, or the motives that various groups could have to lie about such events?

I think it is especially important to be able to talk freely when it comes to tragedy. The more potential an event has for exploitation, the more possibilities should be explored.

If we are conditioned to hold our tongues, to suppress our curiosity and skepticism when it comes to tragedy, then the worst actors in any given situation win. Those in power need only create a tragedy, and it becomes impossible to question the official narrative. Otherwise, you are disrespectful and uncaring.

When someone is gravely wounded, you don’t slap a band-aid over it. You’ve got to clean out the wound. And that hurts in the moment. But in the long run, it is necessary to prevent infection.

Did the terrorists who carried out the attack on the twin towers have anything to gain? Well maybe if they believed the whole 72 virgins thing. But in real life, they died. Suiciding bombing is a thing that people do, however, so it certainly can’t be ruled out.

Did Osama Bin Laden have a lot to gain? Well again, it is tough to understand the motivation of terrorists. Apparently, they think killing innocent people accomplishes something. But now he is dead.

And what about the official storytellers, the ones who investigated, and revealed the true culprits behind 9/11?

Their gains remain. They gained the power to easily declare wars and conduct military operations. Money was poured into the defense budget. Agencies like Homeland Security and the TSA sprang into existence.

Attention was diverted from missing money at the Pentagon. The PATRIOT Act was passed. Due process was no longer a concern.

“Mission Accomplished” in Iraq; the glory of killing Bin Laden. The public became desensitized to war. America helped toppled regimes in Libya and Egypt, and support a civil war in Syria.

These things alone don’t prove anything. But it looks awfully suspicious. The ones who we rely on for information about what happened had the most to gain from the attack. They are the ones who will “solve” the problems.

It is a conflict of interest even if the official story is true. It just so happens that their recommendations on the best course of action were the very things that would grow their power, expand their budget, and swell their ranks.

Again we have a historical fact to turn to for comparison. The Joint Chiefs of Staff under Kennedy floated the idea of carrying out a false flag against American citizens to get them involved in a war with Cuba. It was called Operation Northwoods. Kennedy told them if they ever mentioned the idea of murdering innocent Americans again, he would have them tried for treason.

Well, we all know what happened to Kennedy, but that is a whole rabbit hole of its own. What we know for sure, is that as early as the 1960’s people in the U.S. government wanted to commit false flag attacks against Americans to provoke war. And the leader most vehemently opposed was assassinated.

May I Speak Freely?

I want to wonder, and I want to speculate. I get as angry and sad as anyone else with a properly developed conscience when horrible things happen. I want those responsible held accountable. And it is against my skeptical nature to accept an official story without digging for more evidence. Horror does not paralyze my desire to question the official narrative and wonder about inconsistencies.

One thing that strikes me about all of the mass shootings of the past few years, is the great diversity in location and venue.

A college in Virginia. An elementary school in Connecticut. A mall in Washington. A nightclub in Florida. A church in North Carolina. A movie theater in Colorado. A political meet and greet in Arizona. The streets of California. A concert on the Vegas strip.

If someone wanted to strike fear into the hearts of Americans, they could not have chosen a better range of targets. The message would be whatever place you live, wherever you go in public, whatever your age, job, or social status, you are not safe.

Maybe that is the truth. And maybe it is random.

We are told these were all carried out by lone a lone gunman–or a married couple in one case.

But why are there so often witness reports of a second gunman? Could it be chalked up to confusion?

The victims tragically lost their lives. Their families lost loved ones, which will impact them for the rest of their lives. The American people lose their sense of security and their rights. Relationships deteriorate as bitter disagreements turn personal, blame abounds, fingers point, defenses go up.

And after so many tragedies, the culprit is left dead. Is that justice?

Who benefits? The dead guy on the 32nd floor?

The Democrats who want gun control? The Republicans who want militarized police? The media who get a bump in ratings? The Generals who want war? A government that “never let(s) a good crisis go to waste”?

I want this madness to stop. We know how the media wants it to play out. They will get their ratings with division and bitter disagreement. The government always gets more power, more relevance, more opportunity to insert itself into the everyday lives of Americans.

That is why it is so necessary to look deeper, to ask those tough questions that we don’t even want to consider as a possibility. We can’t sit by silently wondering if we are being told the truth or fed lies. It is not disrespectful to question the official story. It would be a miscarriage of justice to accept it without protest, as we are told is what should be done in times of crisis.

The only other option is to play into the hands of the media and government, whether they be orchestrators or opportunists. When we replay the same old arguments and put forth the same stale solutions, when we look to them for information and solutions, they win.

Question everything. Clean out the wounds. It may hurt to get in there deep. But if we don’t, the infection will grow and fester, as it always has before.