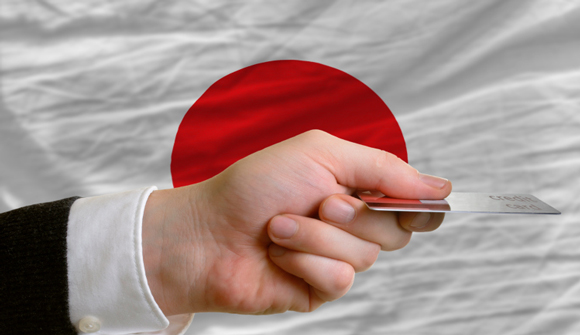 STAFF NEWS & ANALYSIS
Is Japan on the Road to Default?
By Staff News & Analysis - September 25, 2014

Japan's Debt Trap … Japan's government has a lot of debt. Not as much as people think — since much of that debt is owed by one branch of the government to another, net debt held by the public is only 134 percent of gross domestic product, not the widely quoted figure of 240 percent. But 134 percent is still a lot. About 15.6 percent of Japanese tax revenue goes to pay interest on this debt every year — about the same as for the U.S … In the end, a sovereign default is just an accounting exercise — marking down the assets of some Japanese people and marking up the assets of others. It would redistribute wealth from the old to the young. – Bloomberg

Dominant Social Theme: Japan is getting older but its economy is healthy. Never mind the naysayers.

Free-Market Analysis: This is an interesting article by a Bloomberg editorialist – Noah Smith – whose editorials sometimes border on the ridiculous. He's a firm Keynesian – a believer that money-from-nothing can cure most economic ills – and we've written about some of his editorials in the past.

But this analysis of Japan is a good one from a Keynesian standpoint because Smith sticks to the facts. When it comes to Keynesian analysis he seems to know what he's talking about.

[Japan's debt] is a moderate burden on government finances, but one that would quickly become unsustainable if interest rates were to spike. How do governments deal with a rising debt-to-GDP ratio? There are three basic ways: consolidate, monetize, or default. Figuring out which of these Japan will do is the key to predicting the nation's economic future.

When I talk to Japanese government officials, academics and business leaders, they all seem to be in agreement — Japan's government will do whatever is necessary in order to fiscally consolidate and reduce its annual budget deficit. Since spending on wasteful infrastructure projects and the like has already been slashed, most spending increases are due to population aging, which is more severe in Japan than in any other country on the planet.

This means that fiscal consolidation would have to come in the form of tax increases. How much would Japan have to raise taxes to stabilize its debt-to-GDP ratio? The numbers are daunting. A 2013 paper by economists Gary Hansen and Selahattin Imrohoroglu found that in order to put the debt on a sustainable path, Japan would have to increase tax revenue to 40 percent to 60 percent of GDP.

… Could Japan cut spending? In the 1990s and early 2000s, huge amounts were lavished on white-elephant construction projects to keep up employment, but in the mid-2000s most of this spending was cut.

… Taxes now take about 28 percent of Japan's GDP, so if Japan raised the consumption tax by 12 to 32 percentage points, it could whip the debt. But this may be politically impossible, because of the economic pain involved.

… If my friends in Japan are wrong, and consolidation isn't in the cards, that leaves monetization of debt as the only option to avoid a sovereign default … What will be the result of debt monetization? That depends on whether it leads to inflation.

This is a bold conclusion because default is not usually discussed in the mainstream media. In fact, the conversation in Europe has focused almost exclusively on "austerity" – a combination of higher taxes and lower government services.

This is a reasonable conversation in Europe because the euro has precluded most countries that have high debt ratios from default and a subsequent devaluing of currency.

A default/currency devaluation is always the easiest way to deal with Keynesian profligacy because it spreads the pain to all involved. There is no arguing over who gets a "bailout" or other preferential treatment when a downward revaluation takes place.

This is very important because Europe's determination to dig itself out ofa debt trap has been accompanied by endless bickering about who is to take what "haircut." Southern Europe wants easier money. Northern Europe stands guard, carefully watching the purse strings.

When it comes to Japan, we think this editorial may have it right. Monetization is the preferred path, if possible, and no doubt a main reason for Abenomics. Taxation is not feasible; austerity would strike the elderly the most – and they are also the most active voters.

The monetization that is expanding in Japan – despite occasional denials – is the same monetization taking place in the US. To the degree that the European Central Bank can do the same, it will.

Never have so many central banks printed so much money at the same time, from what we can tell. And it is showing. Stock markets are making higher highs, even though the world economy is seriously underperforming.

This is surely the end game of Keynesian stimulation. When central banks print a reported US$50 trillion in some six years to try to halt the ramifications of the 2008 financial crisis, you have a statement that needs no interpretation. These amounts of money are unfathomable. The system is basically ruined.

Over the next year or two, the results of this almost indescribable rashness shall be felt. The thousand-trillion dollar derivatives market will likely unwind when the stock market does. Rates will climb no matter what central banks do. Countries like Japan will probably find themselves in default regardless.

For such reasons, we like to point out that for now hedged, allocated exposure to promising equities may pay off. But in the longer term, gold and silver exposure are probably a good idea – especially the physical. Bonds, like stocks, are at significantly increased risk over time.

Despite obvious difficulties, people are used to thinking of the current system as "status quo" – even with all its problems. But that could change more quickly and radically than people expect. The problems are enormous and stock market advances are only papering them over.

History tells us that won't last. Japan's default, if it occurs, may well be only one of many.