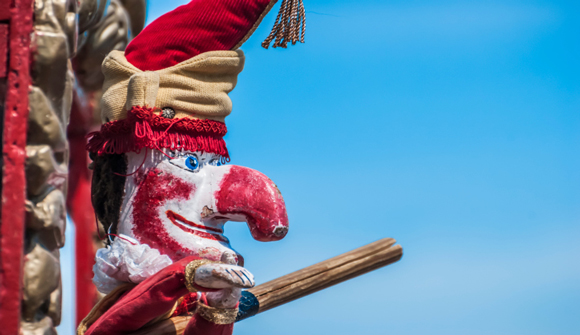 STAFF NEWS & ANALYSIS
Is Merkel the Indispensible Woman or Is Her Regime a Kind of Political Sideshow?
By Staff News & Analysis - December 31, 2014

Will the Real Angela Merkel Please Stand Up? … If anything is certain about the new year, it is that much of the world's stability and economic health will depend on what is done, or not done, in Europe. And what happens in Europe will depend, in large part, on German Chancellor Angela Merkel. – Bloomberg

Dominant Social Theme: What's going on with Angela Merkel? She changes her mind too much.

Free-Market Analysis: This Bloomberg editorial purports to be puzzled by the "two faces" of Frau Merkel. But the solution to the puzzle is to recognize that Merkel is not powerful at all. Sound shocking? We'll expand below …

Politicians in this day and age generally are not powerful. Perceive of them as powerful, gifted, decisive, etc. and you are bound to become confused. Yet it's understandable, as so much media coverage portrays politicians as responsible for all the great events of the day.

This article is a good example of how politicians are celebrated and how world events are described as depending on their leadership, even when they are not.

Merkel's leadership in 2014 was a curious mixture of boldness and timidity. It fell to her, more than any other European leader, to confront Russian President Vladimir Putin. And her efforts are what secured the unanimity among the European Union's 28 fractious nations that was needed to impose meaningful economic sanctions to deter further Russian aggression in Ukraine.

Regardless of whether those sanctions ultimately succeed, they have already served an important purpose by helping to hold the EU – with its Russophile Italians and Austrians, its Russophobe Poles and Balts – together.

As helpful as Merkel has been with Russia, however, she has so far only harmed efforts to address the faltering European economy. In 2015, as new elections in Greece bring fresh turmoil, she will need to apply some of the clarity and decisiveness she has showed in dealing with Putin to the euro zone. On both fronts, next year will be harder.

… The favorite to win early elections in Greece next month, the neo-Marxist Syriza party, says it will refuse to carry out the further austerity measures required for the country's remaining bailout funds.

Syriza also promises to roll back economic reforms that were put in place under the terms of the country's 240 billion euro loan program, as well as to demand a restructuring of the country's enormous public debt. Europe's banking system may not be as vulnerable to a Greek default as it once was, but markets have been jittery at the revived possibility of a Greek exit from the euro.

So far, Merkel has resisted relenting on austerity policies for Greece. She has been unwilling to stimulate demand in the euro area, either by boosting investment in Germany's own low-growth economy or by letting the European Central Bank engage in large-scale quantitative easing. She should not wait for the dawn of a new government in Greece to change course on all fronts.

Otherwise, Merkel may end next year not as the German leader who held Europe together, but as the one who put such strain on Europe's currency and democracies that they began to break apart.

We see in this final paragraph that Merkel herself embodies Europe. If she does not become more rational about Greece, she will generate a break-up of the EU. The article, earlier on, gives her credit for ensuring that Putin didn't continue his incursions into the Ukraine.

Surely a misreading of history! Russia and Putin have been subject to a geo-political undermining that has been going on for a number of years now. The Ukraine "crisis" was initially generated by the West in the view of many responsible Western observers; Putin responded, it's true, but even his response seems to us to have been carefully calibrated.

It is the German people that don't want their pensions, stock market earnings and taxes poured into the black hole of Greek federal-debt mismanagement. Who can blame them?

Germans were incessantly promised that their earnings would not be committed to shoring up difficulties caused by Southern Europe profligacy. Now their worst fears are in the process of being realized.

Merkel was not responsible for Putin's behavior regarding Ukraine. Nor will she be responsible for a solution to the difficulties that Greece faces – along with many other EU countries.

In fact, as pointed out above, one can make a perfectly reasonable case that Merkel is merely a kind of go-between who has little power of her own, despite her position and evident popularity at home.

Like all politicians, she is dependent on others for her power base and dependent on the donations of others to gain the platform from which she governs. It is naïve to believe that she is "running" her government. In fact, as it is with almost all politicians of power, it runs her.

Merkel is as an adjunct to power, an ornament, not a centerpiece. It seems puzzling that she is changing her mind so much. But it is not hers to change. She is doing the bidding of others.

The real power, from what we can tell, resides with Europe's bankers, those that populate the ECB and the Bank of London (as well as the BIS). These globalist money men have the biggest say regarding Ukraine and Greece because they have the funds to implement their decisions.

Keep your eyes on "high finance" to follow the decisions of real power. Articles like this one in the LA Times are not providing a credible or sensible description of how such power is accrued … and who really wields it.