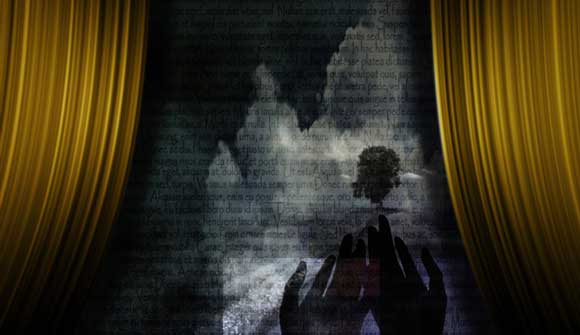 Is NATO's Trojan Horse Riding Toward the 'Ukraine Spring'? … Ukrainian citizens have rallied in the bitter cold at Independence Square in Kiev to demand a better economic future and to protest President Viktor Yanukovych's failure to sign an economic agreement with the EU. But while the draft of the EU "Association Agreement" is being sold as an economic boon for Ukrainian citizens, in reality it appears to be NATO's Trojan Horse: a massive expansion of NATO's military position in the region. What's more, the Agreement occurs under the cover of nebulous economic promises for a beset population hungering for better wages – Huffington Post

Dominant Social Theme: The poor people of the Ukraine, suffering under the Russian yoke, are struggling to remove it. Hopefully the EU shall prove their salvation. Pray for them and for Brussels.

Free-Market Analysis: This is one of those stories with no easy answers – except perhaps one. And we'll get to that shortly.

The poor, beleaguered Ukrainian culture is torn between East and West and those wishing for a better life apparently have to choose between Russia and the EU. What a choice! The EU is a fascist/corporatist empire in the making and Russia is devolving into an authoritarian cult of personality.

Yet Western Ukraine apparently is enamored of the EU, at least in part. The East, with huge factories and industrial trade with Russia believes that the Ukraine's future lies with the Great Bear.

The easiest observation to make – as we mentioned above – is that a lot of the current ruckus smacks of NATO/CIA interference. The Western Ukraine's attraction to the EU is doubtless being encouraged by the same group of Anglosphere intel operatives that brought you the Tunisian, Egyptian, Libyan and Syrian "Arab Springs" and numerous other "color revolutions."

Now, of all people, Dennis J. Kucinich, former 16-year member of US Congress and two-time US presidential candidate, has decided to provide us with a limited hangout about the reality of the Ukraine. For some reason, he has absurdly chosen the ill-fitting platform of the Huffington Post to do so. Here's more from the article:

In a country where the average monthly minimum wage stands at about $150 USD, it's not hard to understand why Ukrainians are in the streets. They do not want to be in Russia's orbit, nor do they want to be pawns of NATO. But is the plight of Ukrainians being exploited to usher in a new military agreement under the guise of economic reform?

For NATO, the goal is expansion. The prize is access to a country that shares a 1,426-mile border with Russia. The geopolitical map would be dramatically reshaped by the Agreement, with Ukraine serving as the new front for Western missile defense at the doorstep of Russia. Should the U.S. nuclear deal with Iran fall apart, Ukraine could be employed in larger regional disputes, too.

As an EU deal appears imminent, few people are asking questions about NATO's role in the deal, which was meant to facilitate jobs and trade. Economic conditions in Ukraine are dire: $15 billion in IMF loans suspended, danger of default and a zero growth forecast. While NATO is not specifically mentioned in the draft of the "Association Agreement," the proposal, which was posted online (and translated to English here) by the Ukrainian cabinet in August, pledges convergence of foreign and security policy.

… The Ukrainians didn't go to Independence Square to rally for NATO. Yet NATO's benefit is clear. Less clear is whether Ukrainians will receive key economic benefits they seek … For Greece, Spain and others, EU membership hasn't turned out to be a shining economic savior.

We can see from the above that Kucinich, more forthright than most, has avoided some things, nonetheless. He mentions NATO but does not point out that NATO itself is not in the business of false-flag destabilization of the sort that is apparently taking place in the Ukraine. This would obviously be intel business, and no doubt it is.

And he doesn't make the historical connections that he ought to between this latest Ukrainian Spring and previous Arab Springs organized by the CIA and Foggy Bottom. As mentioned, these Ukrainian demos follow in the footsteps of previous destabilizations that have taken place in Northern Africa and the Middle East.

Kucinich may have written the article as part of a bid to further establish the meme that what is going on in Africa, the Middle East and now Middle Europe is basically a military gambit. This places these wars and social insurrections firmly within the dominant social theme of war-as-history.

In other words, the Great Powers are always quarreling among themselves and seeking military advantage. What is going on today is no different than what went on yesterday.

We're on record, of course, as pointing out a much deeper manipulation is probably at work. In both Africa and the Middle East, the Anglosphere is apparently creating an Islamic crescent that will face off against the West in a religiously-charged cold or hot war.

We're not so sure what is taking place in the Ukraine and Russia. Obviously, an attempt to destabilize Putin is being made, using EU power and various internal Russian actors such as Pussy Riot. How successful this will be, ultimately, is not yet obvious.

Nor is the Anglosphere behind these agitations doing so well in Syria, which has stood up well, so far, to "rebel" depredations.

This article in the Huffington Post is noteworthy for its frank admission that the Ukranian unrest is far more than a homegrown phenomenon. We would have liked it to have gone a lot further, as what is happening there, and in Africa and the Middle East, is a good deal more intricate than a series of simple uprisings.

The Ukrainian difficulties may signal another front in this mysterious, subterranean war, though on the other hand it may simply peter out over time.

Kucinich has done us a favor by frankly and publicly admitting the busywork of at least one Invisible Hand. But there are a lot more of them …