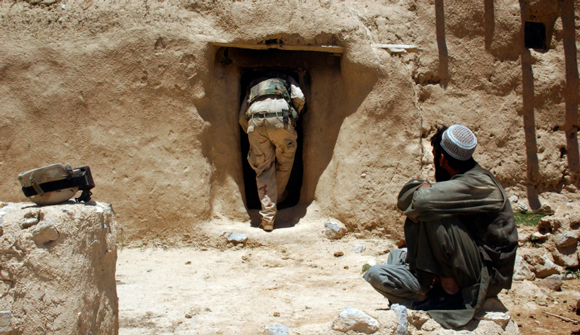 STAFF NEWS & ANALYSIS
Is the Growing Military Tension Between Russia, China and the US For Real?
By Daily Bell Staff - August 19, 2016

China to play greater role in Syria while US ‘left out’ … Are we seeing the start of a new anti-Islamic State coalition with Russia, Iran and China’s involvement in Syria? How could it influence the balance of power in the region? What reaction could be expected from the West, particularly from the countries involved in Syria? -RT

The organization of a larger war continues to become apparent. It takes a while to organize something like this but it does happen over time if people want it to. And people obviously do.

It’s one reason we remain suspicious about the Turkey coup. Yes, it may have been a failed CIA coup but the result has driven Turkey closer to Russia and apparently to China too.

There’s little doubt Western forces want to create the appearance of a larger potential war. Whether such a war will actually take place is at least questionable, but the groundwork is certainly being laid.

Michael Maloof, a former Pentagon official, noted that China has actually been in Syria “for quite some time.”   “China has always had a presence throughout the Middle East. You see it in Lebanon a great deal. But they are very quiet about it, very subtle. They have been providing military assistance and training to the Syrian Army. They are going to increase that now,” he told RT America.

Maloof explained that the US is basically now operating on its own when it comes to the Syrian conflict. Not only that, but if Syrian President Bashar Assad is victorious, he will give “priority” to Russia and China when it comes to rebuilding the country.

There are several schools of thought about why the US launched a war against Assad. According to US officials, military involvement is fairly restricted and is a reaction to ISIS in the area.

But it is fairly clear if one examines available on line reports that the Western intel operations in concert with Saudi Arabia created first Al Qaeda and then ISIS.

The Middle East wars are a product, especially, of US involvement. But the US has had a significant role in the rising tensions between Ukraine and Russia.

In fact, US government and mainstream media reports continually demonize Vladimir Putin and blame him for military tensions in and around Russia.

With a quasi-depression afflicting most of the world, it seems that those running Western powers want to provide citizens with an external threat that distracts from economic anxiety.

This is actually  – and obviously – a strategy out of an old playbook. When the Great Depression proved intractable, for instance, the flames of fascism were whipped up. Eventually, the US went to war with Germany.

The US has raised tensions with China as well as Russia, questioning Chinese claims to various areas of the South China Sea. It’s possible that rising tensions close to home have contributed to China’s decision to get more involved in the Middle East.

In any event, in a variant of George Orwell’s 1984, we have various big powers facing off with one another. The US is not directly confronting either Russia or China, but the US obviously wants Assad removed, whereas Russia does not.

Watching tensions rise between superpowers is a surreal experience. None of it has to take place. It is all manipulated and exaggerated.

Perhaps the most intriguing and perplexing question of all is whether China and Russia are merely reacting to Western and US provocations or whether these two countries seek to advance such tensions for purposes of their own.